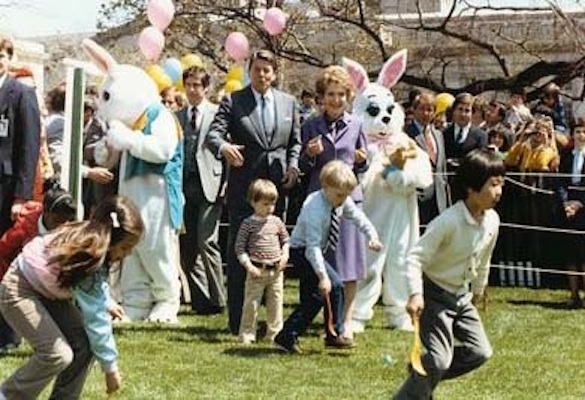 April 25, 2011 marks the date of this year’s White House Easter Egg Roll. Created in 1878 by President Rutherford B. Hayes, the annual Washington event brings kids from all walks of life onto the White House lawn for some good old fashioned egg rolling.

Just in case you’re unfamiliar with egg rolling (I sure was): It’s a race where kids roll an egg through the lawn with wooden spoons, and the first one across the finish line wins.

Naturally, this race gets pretty competitive, and with all of the performance enhancing drug controversies in recent years, the U.S. Government has decided it would be best to drug test all of the children before the competition.

According to government officials, last year’s event turned ugly when, in a fit of roid rage,  six-year-old Johnny Milcox punched the President in the face, calling him an “egg-loving communist.”

“This year, we’re hoping to avoid those types of situations,” said one government official, adding, “It really does something to you when you see a six-year-old over-power two secret service agents…it makes you question everything.”

The screening process will cost the government roughly $25 million, but it’s a small price to pay for a fair competition.

The event runs from 8:00 a.m. to 5:00 p.m. EST. Secret service agents will be performing security screenings dressed as the Easter Bunny.