The Laker Girls took a small tour to local Carl’s Jr. Locations around Southern California to meet Lakers fans and take pictures with them. A guy on Imgur posted all of the photos and they are glorious. 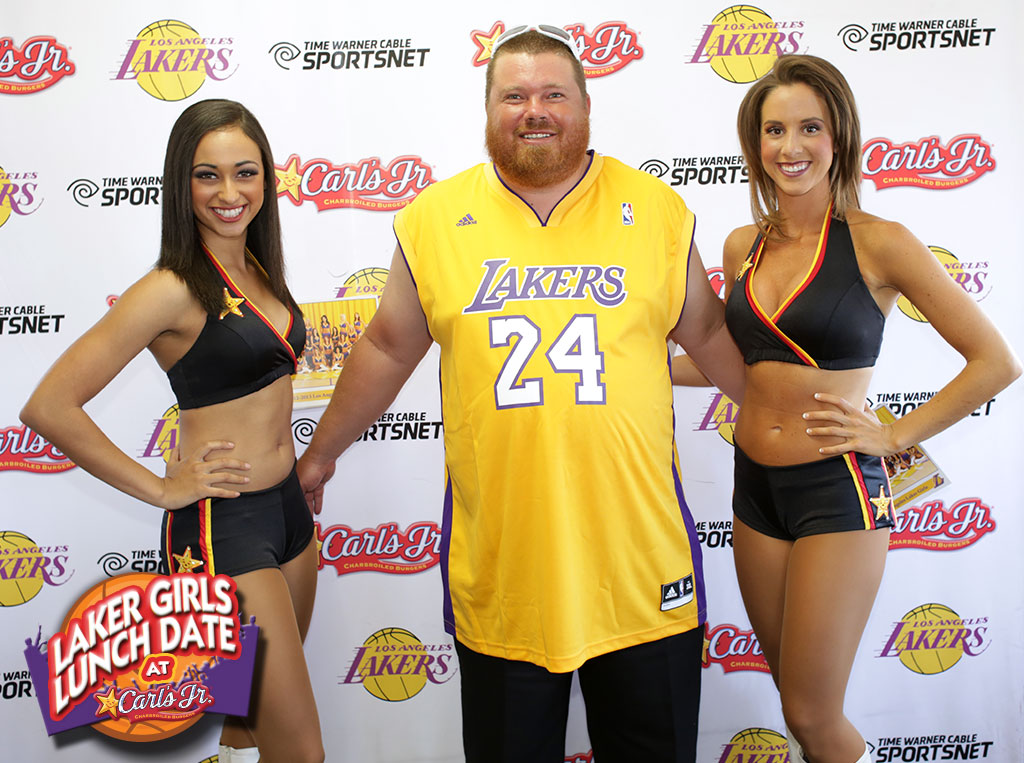 Like Kobe, he’s wearing a Lakers #24 jersey. Unlike Kobe, he won’t be scoring in it. 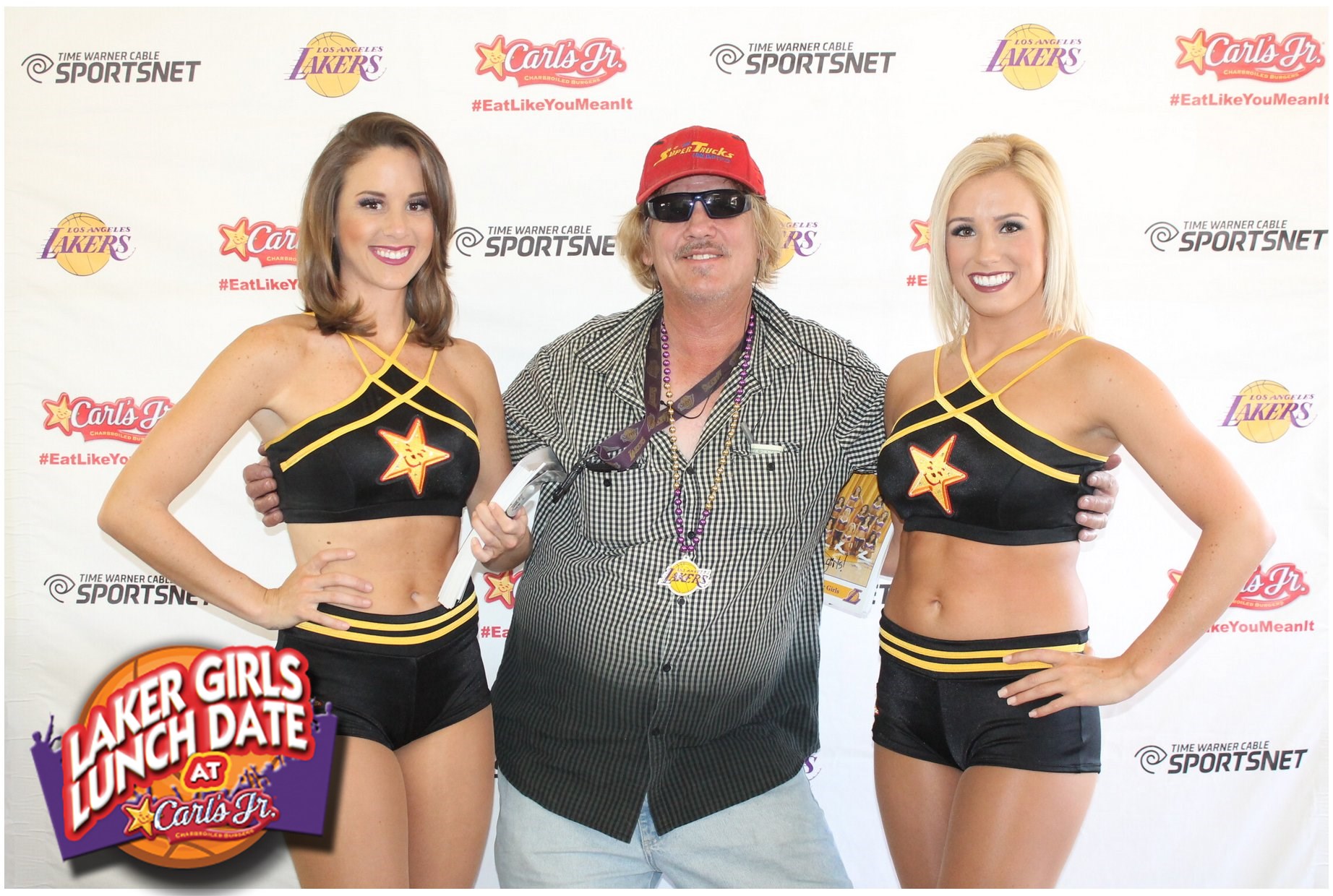 This guy is standing like this because he really had to pee, but he didn’t have a free hand… priorities. 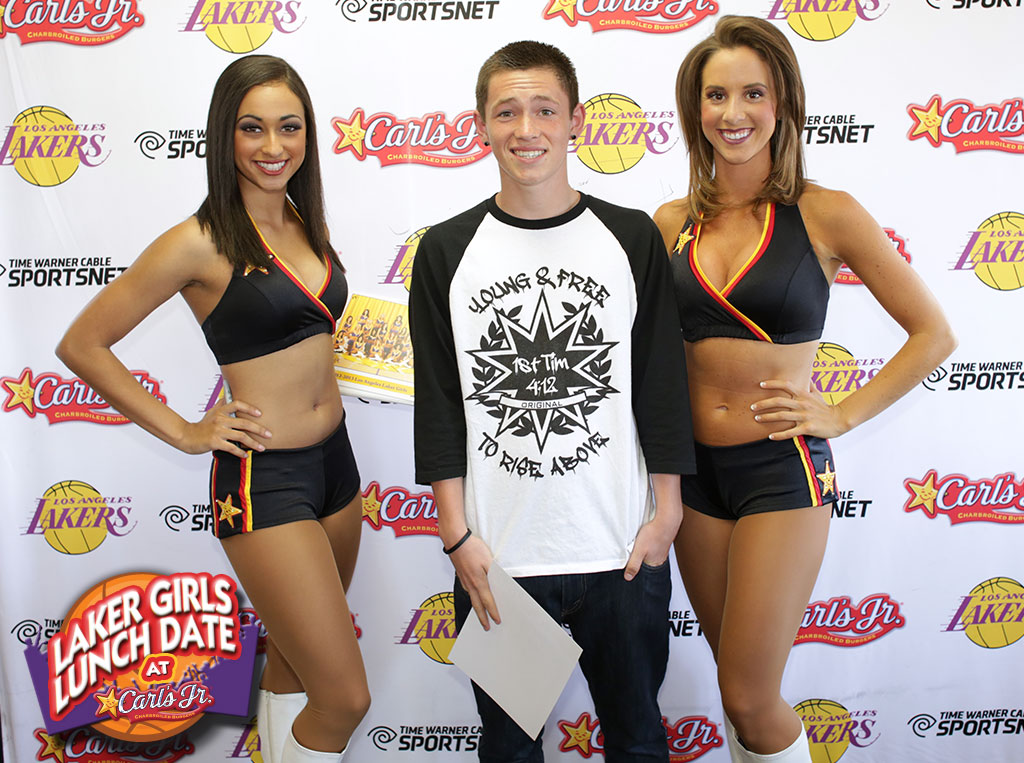 This kid is extremely uncomfortable after his dad made him pose with the Laker Girls. 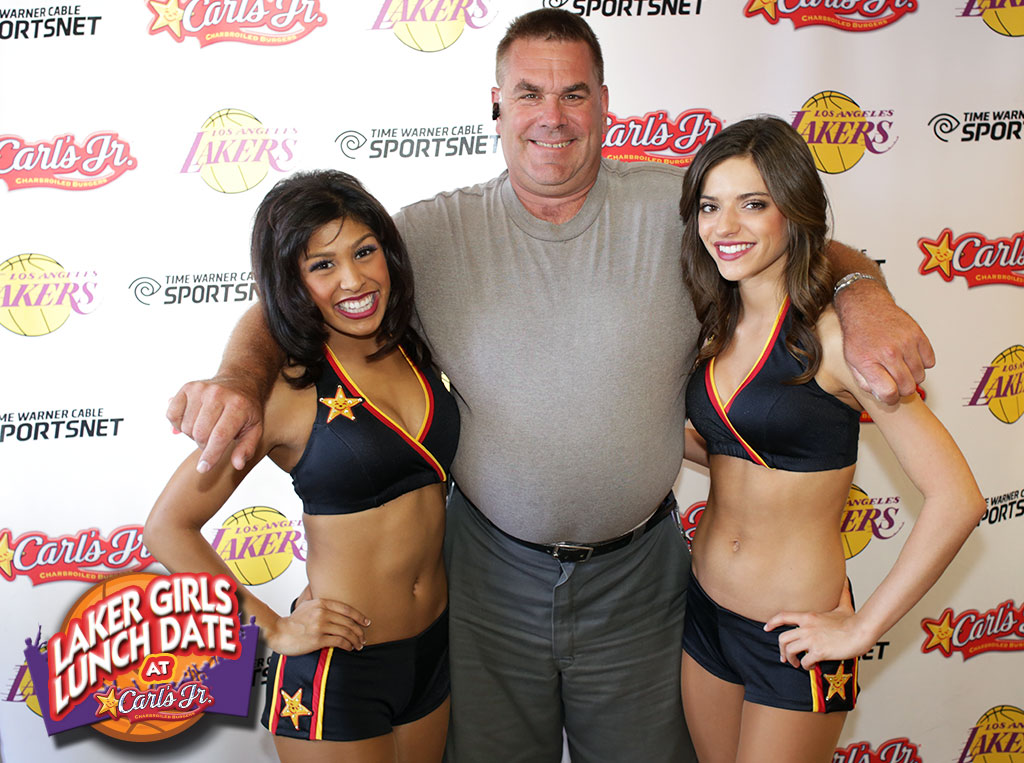 This is his dad. 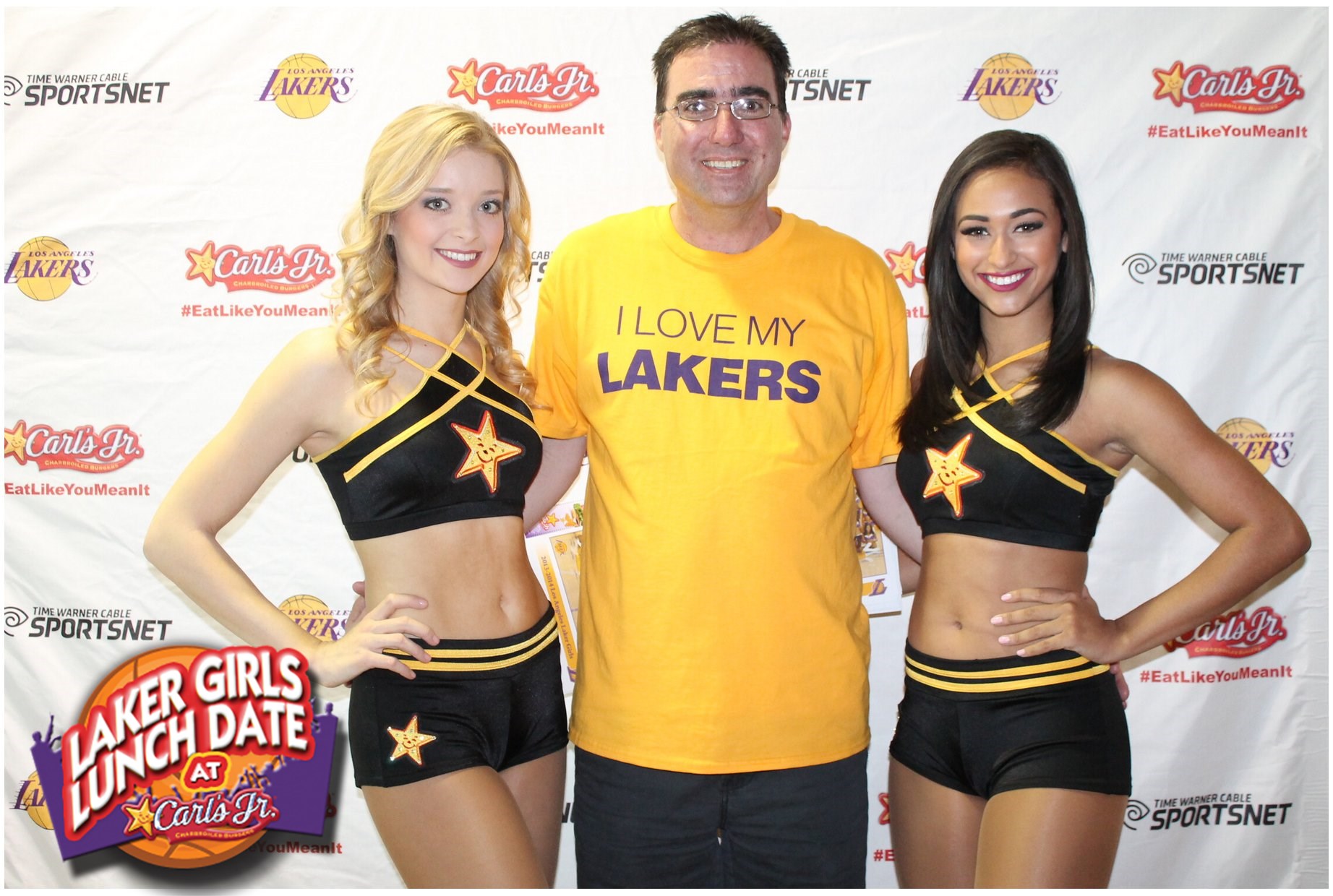 I love my Lakers… and my inconspicuous butt grabs. 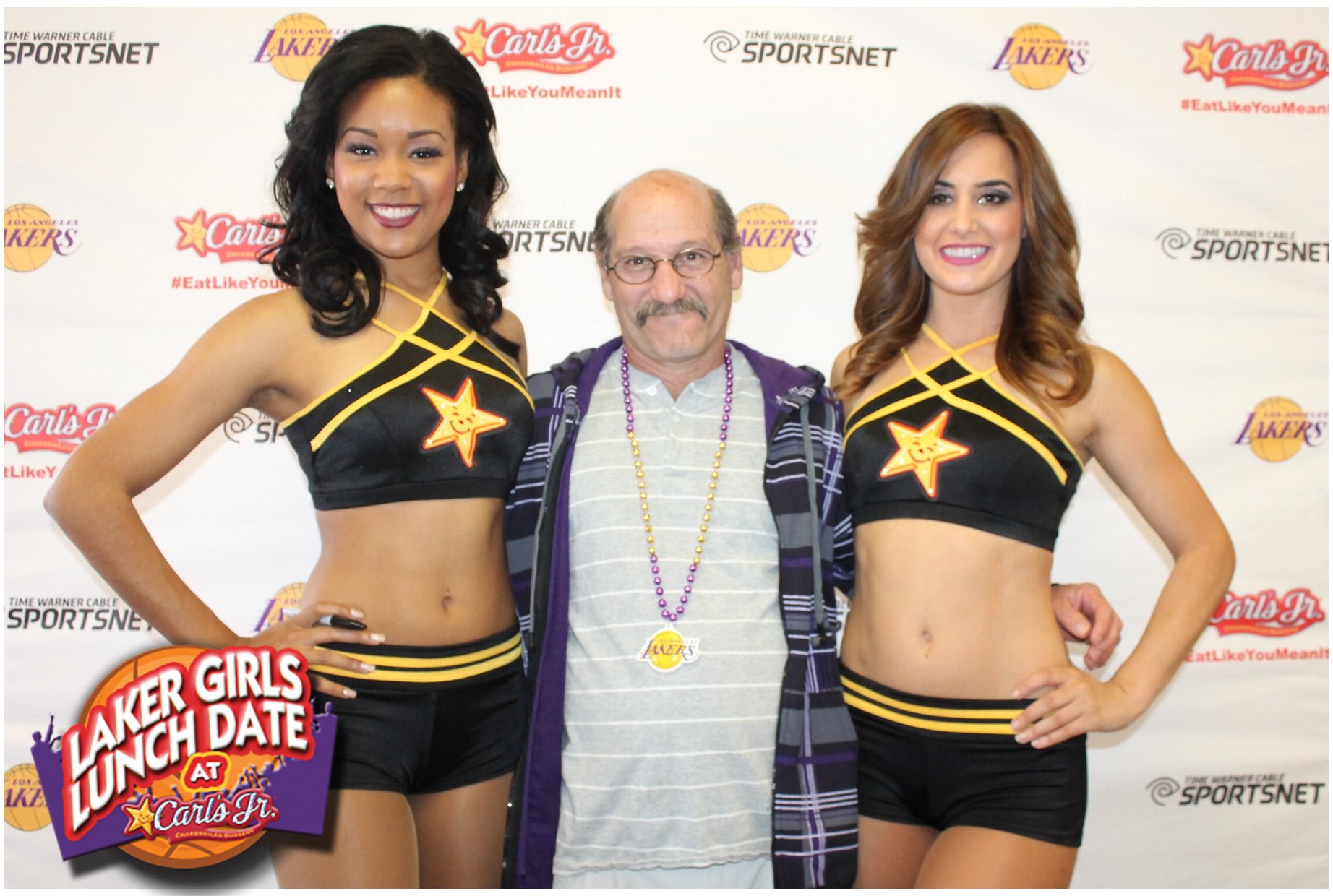 This guy is actually the Laker Girls’ Laker Sugar Daddy. 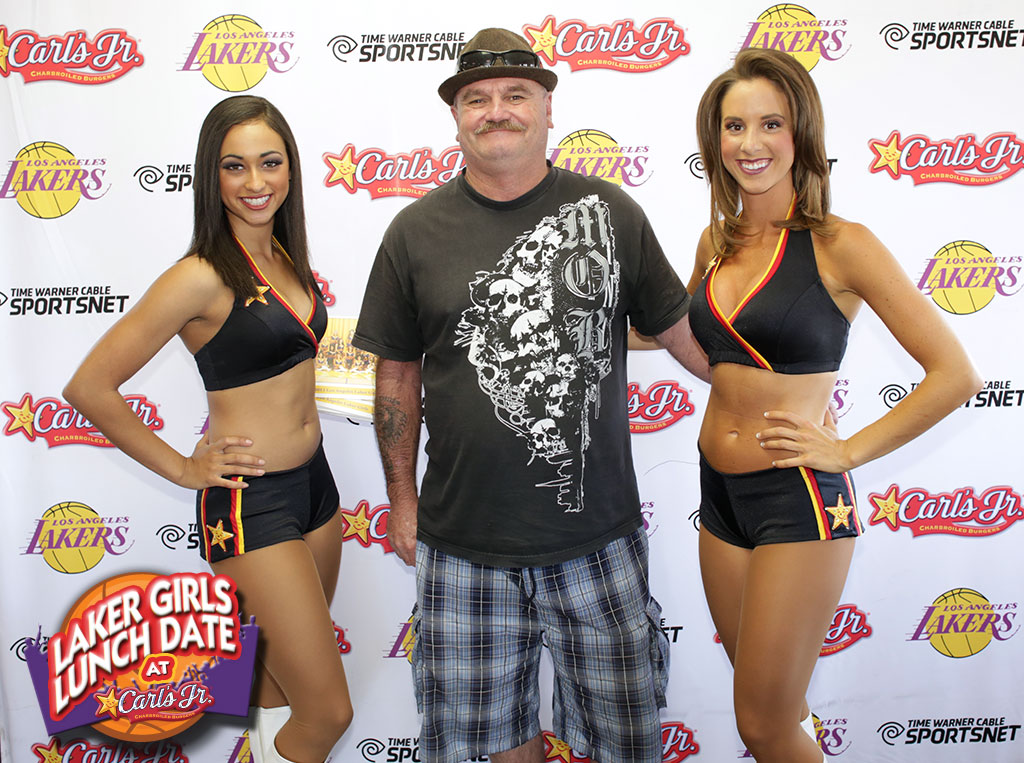 This guy is what you’d get if Jason Mraz ate Ed Hardy. 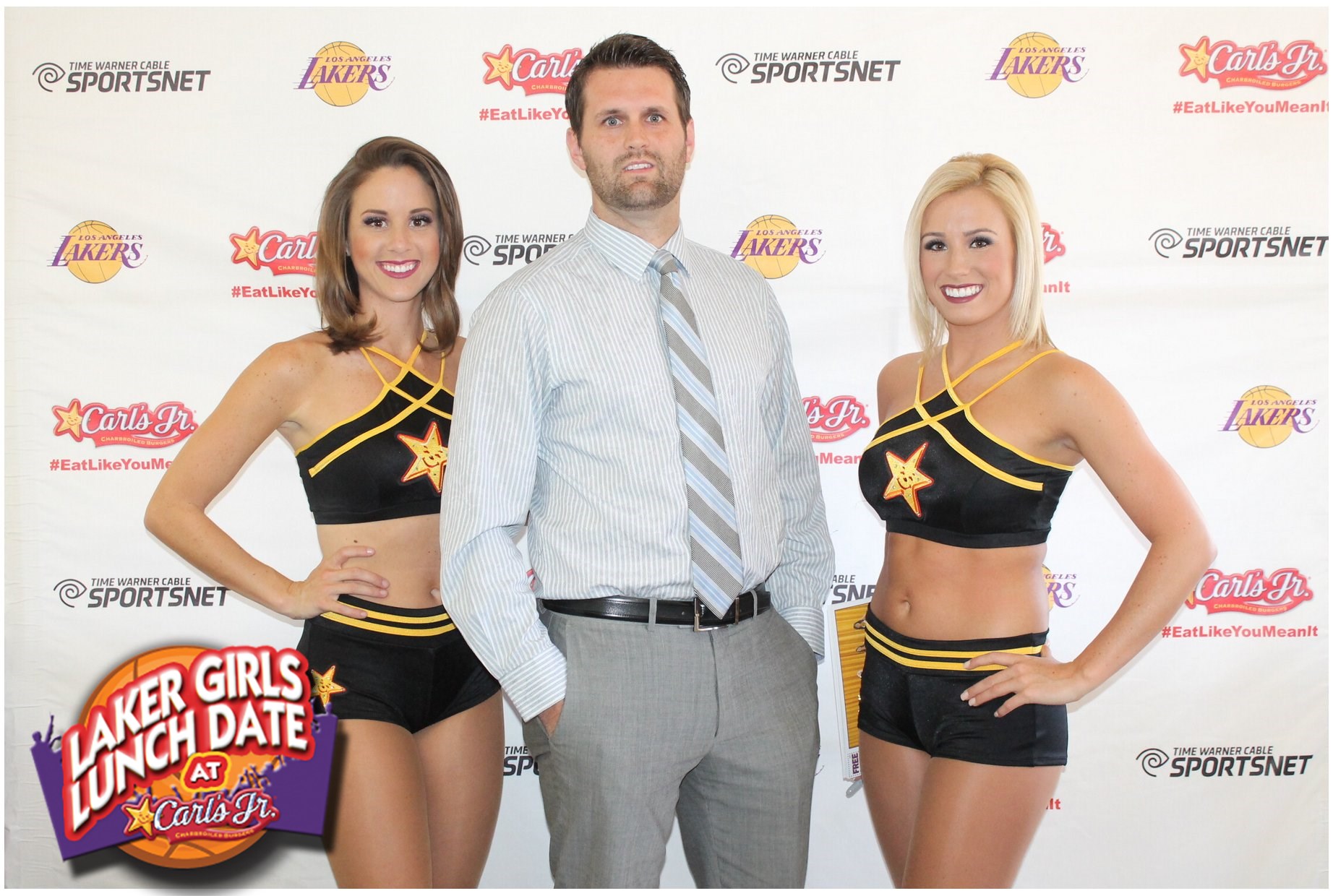 This looks like the commercial for a cheap injury lawyer. 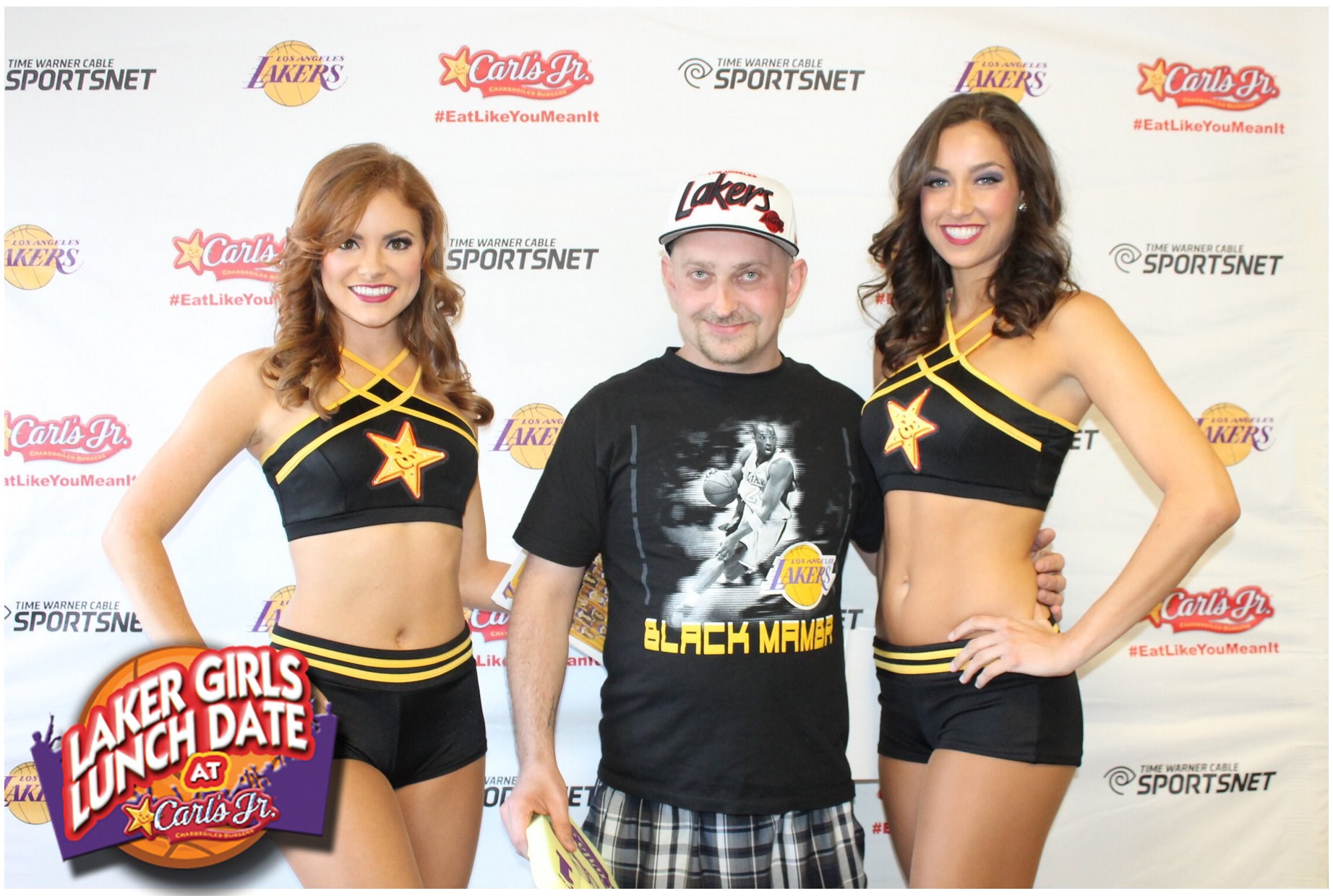 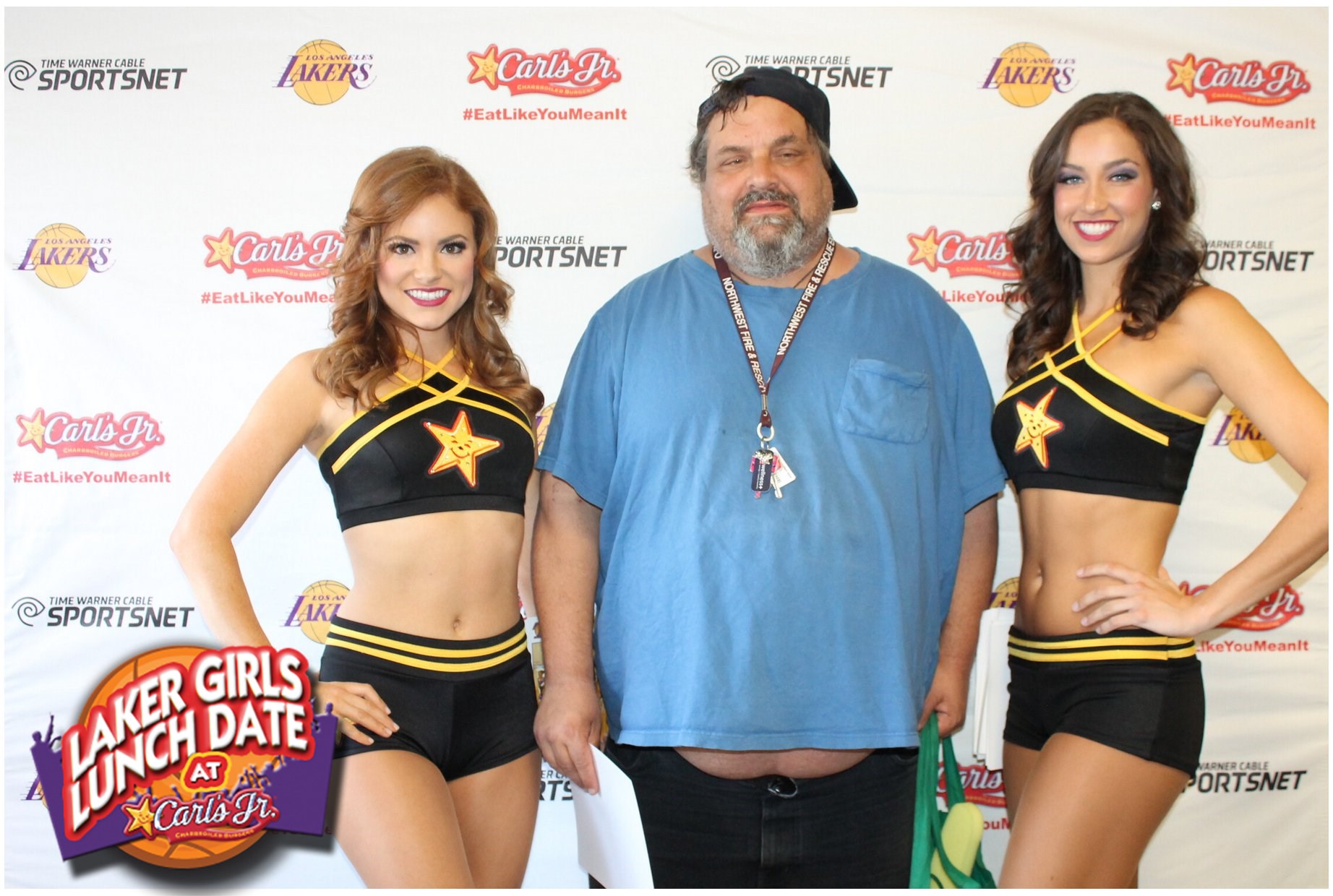 This guy is showing more midriff than the Laker Girls. 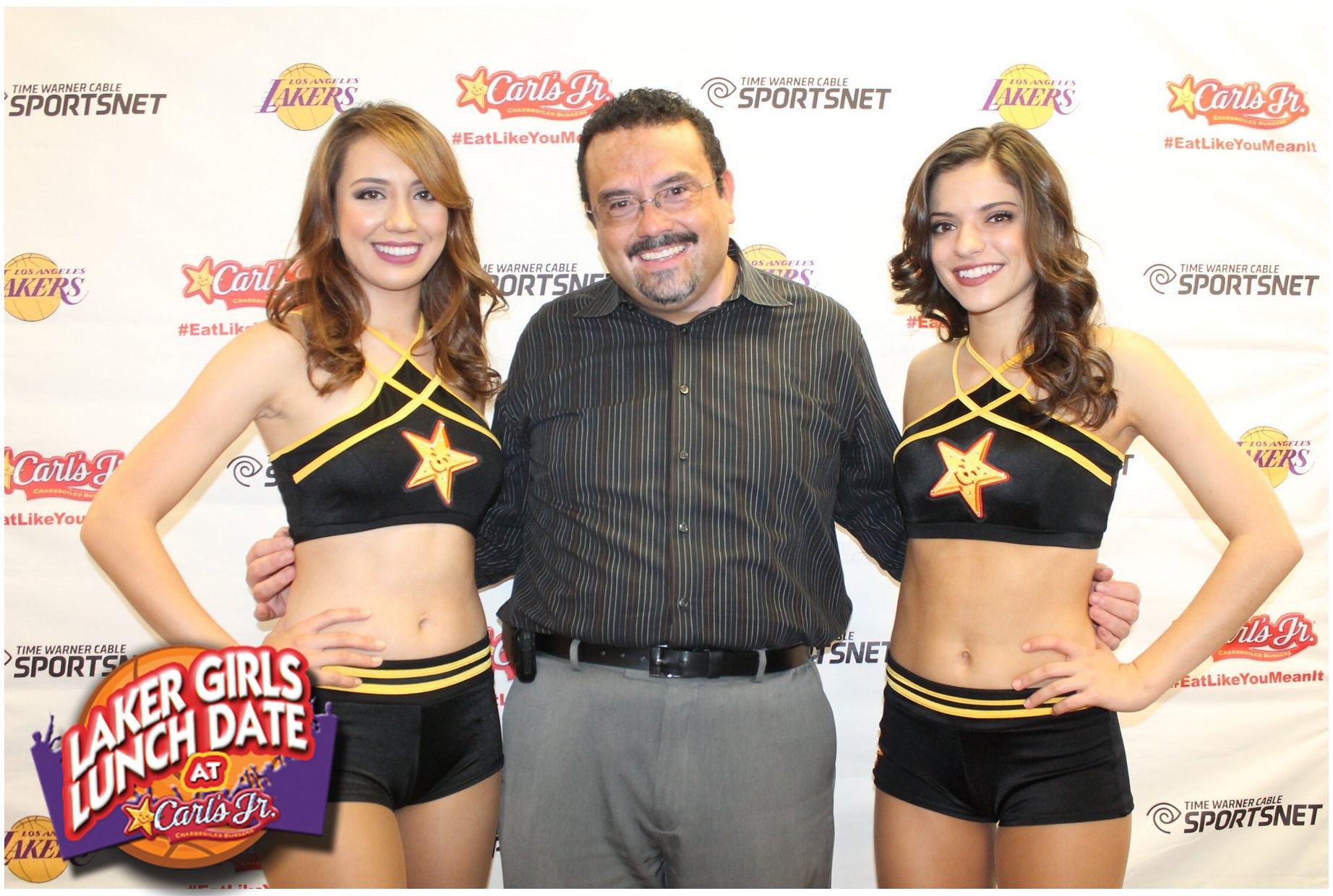 This guy looks like he sells pagers and cell phone covers for a living. 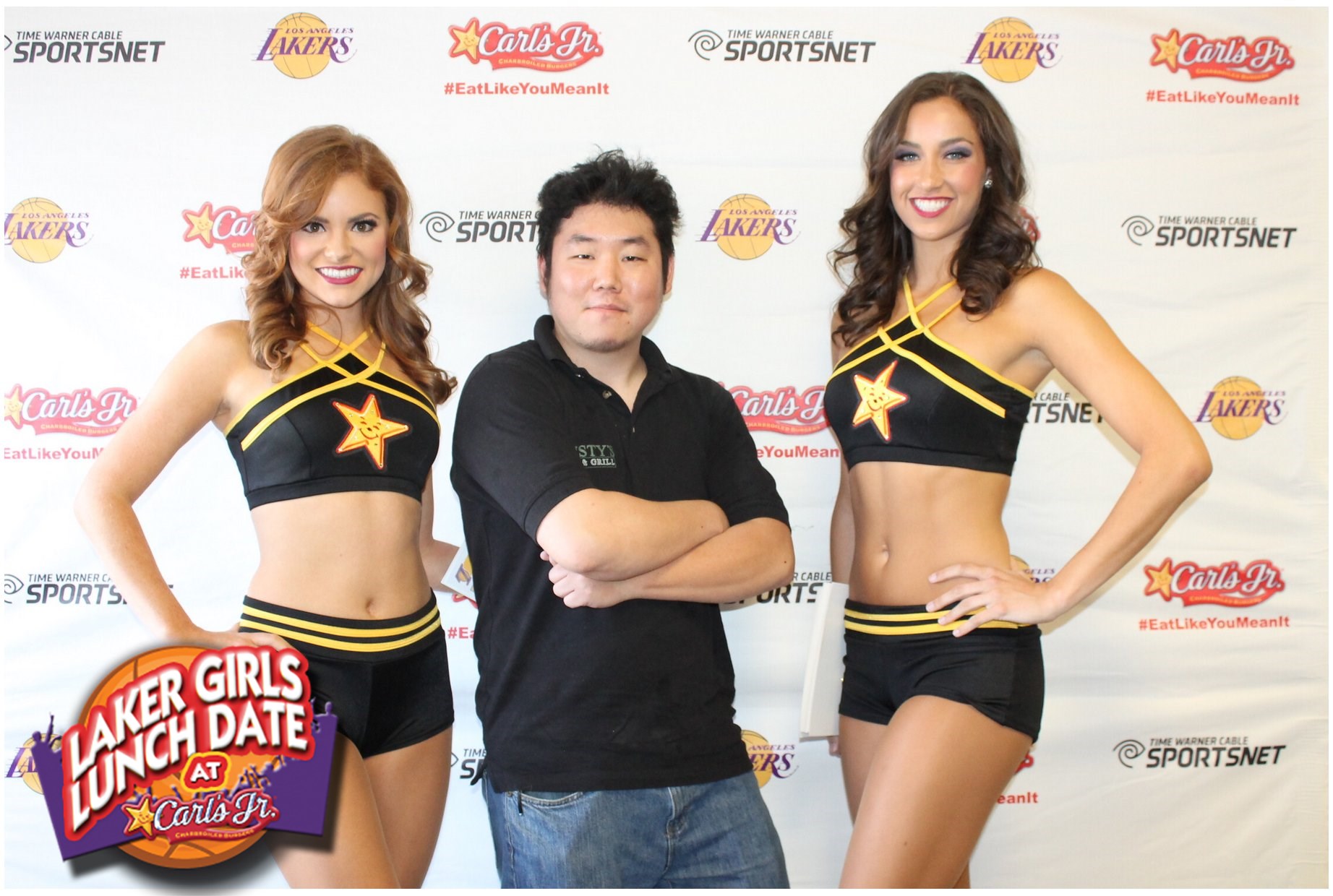 This picture is actually from the lesser popular Harold & Kumar sequel: Harold Goes To Carl’s Jr. 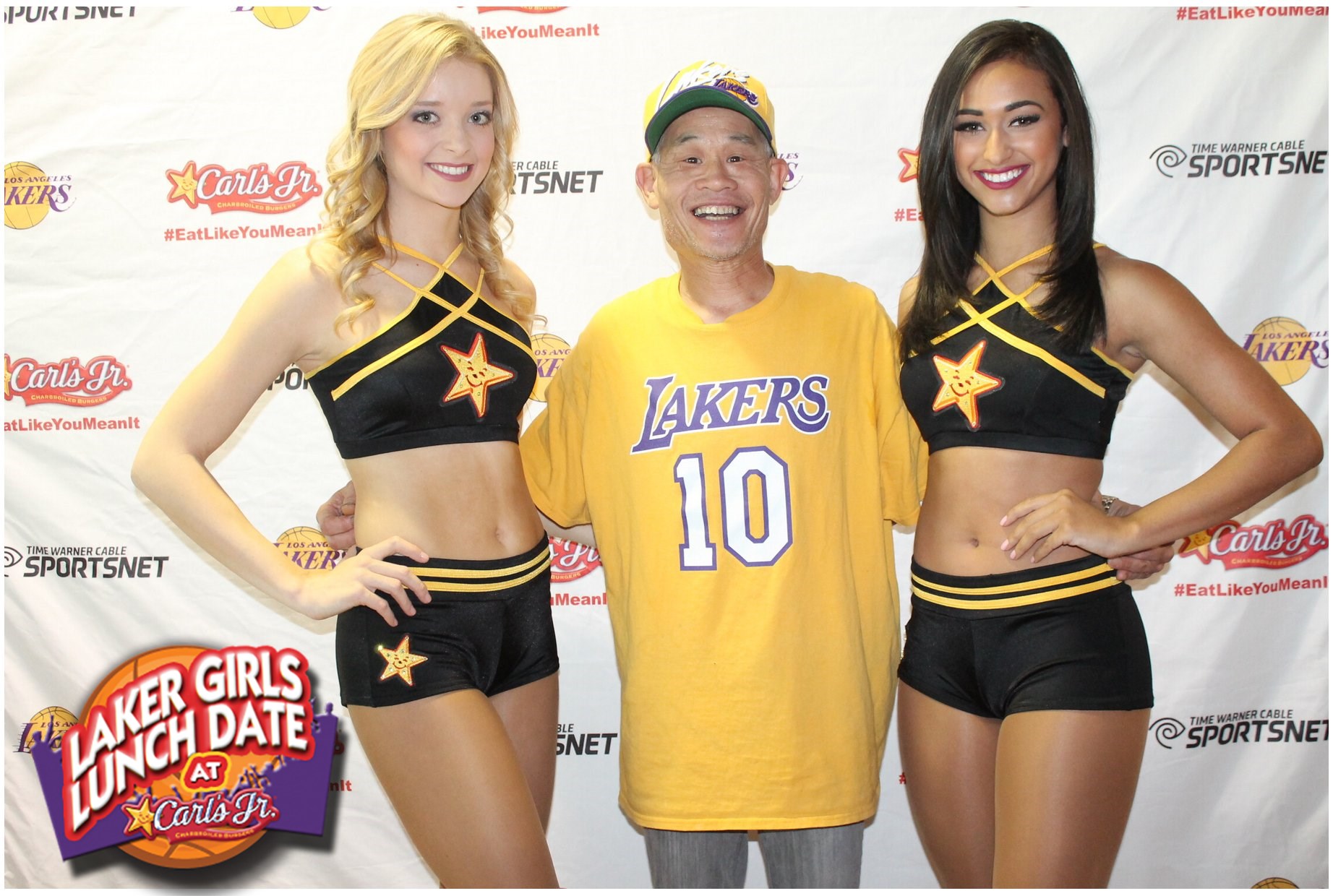 This guy is just happy to be as close to these Laker Girls as his eyes are to his nose. 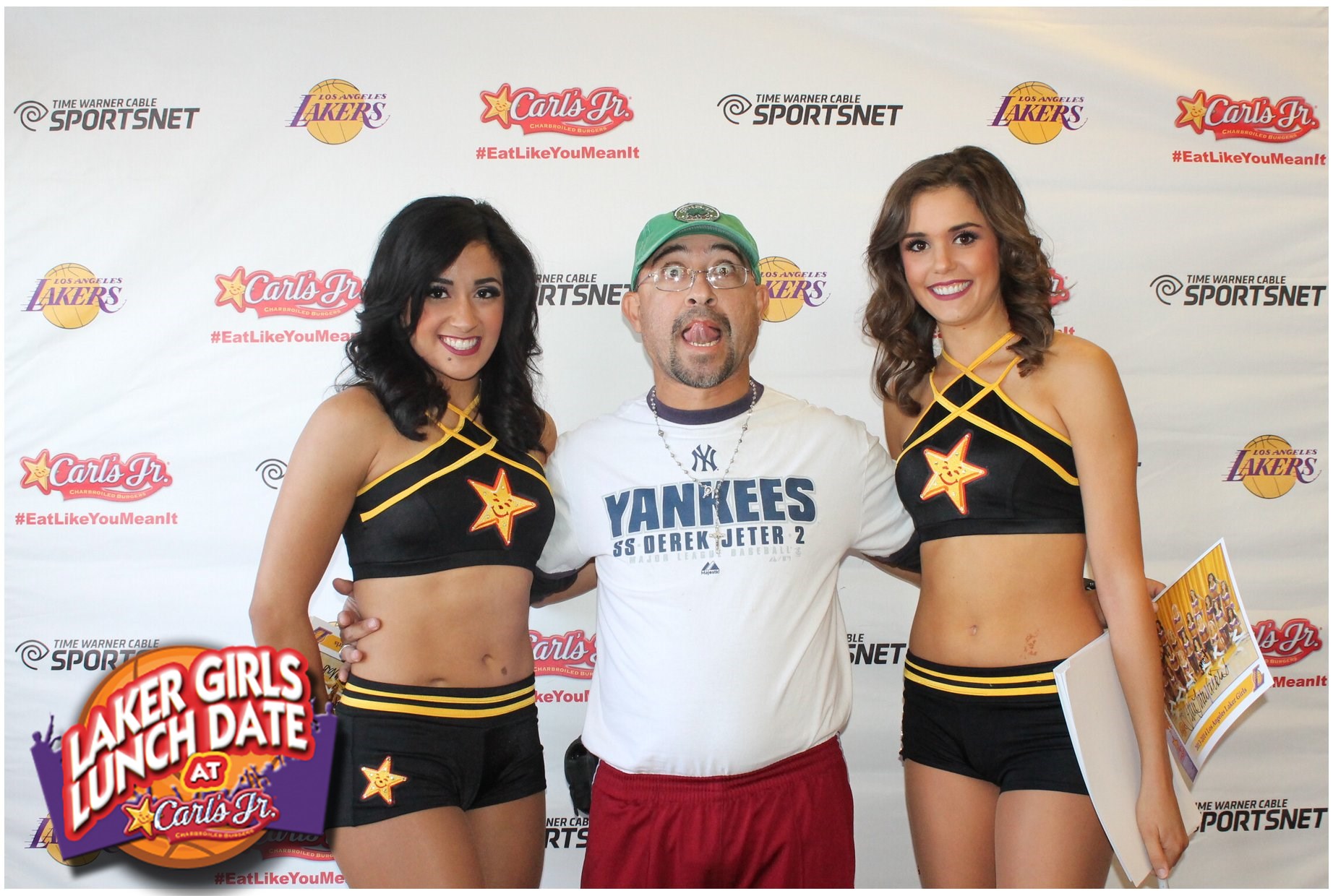 A Lakers fan wearing a Yankees shirt? Those are probably New England Patriots shorts too. 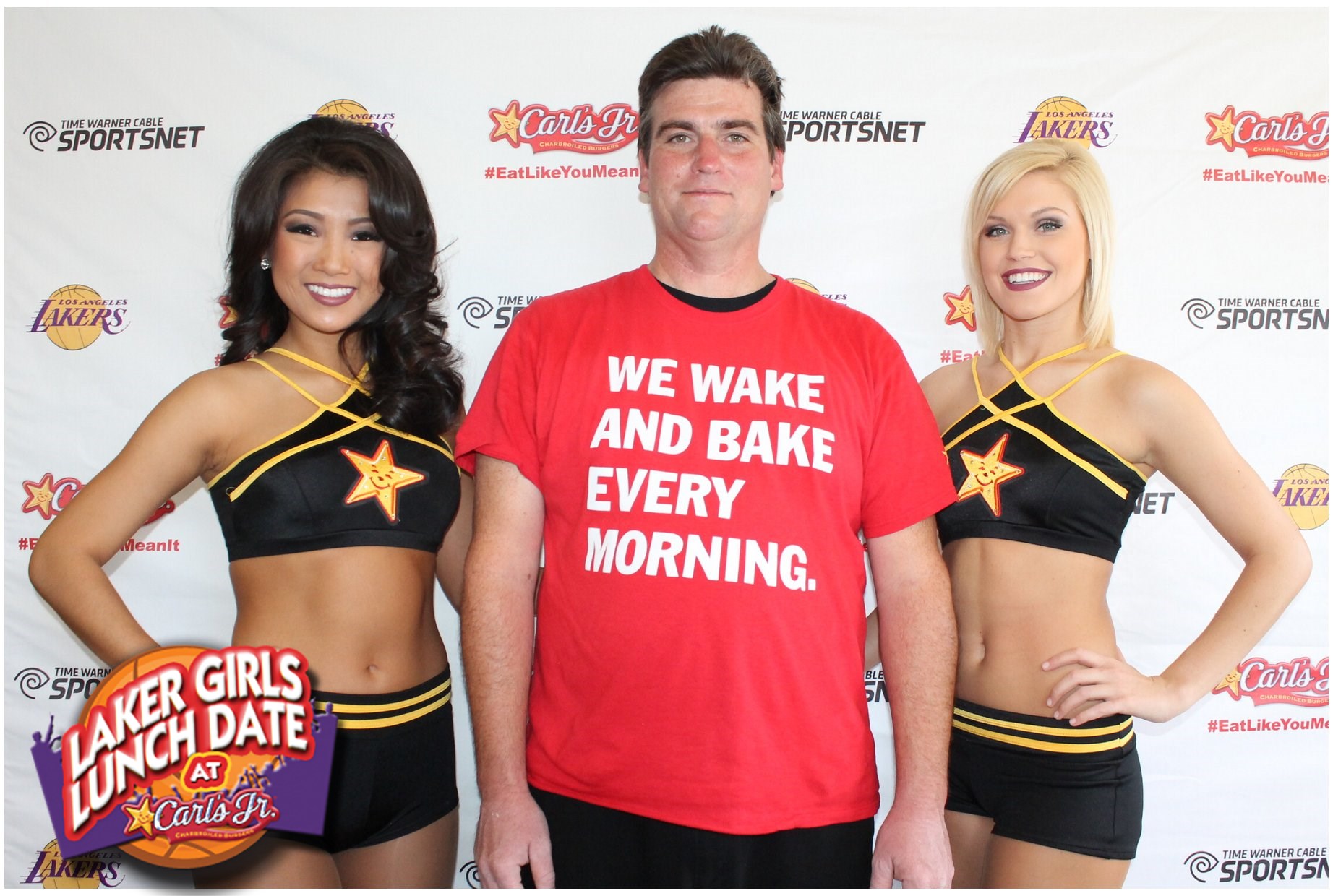 Nothing about this guy’s shirt surprises me. 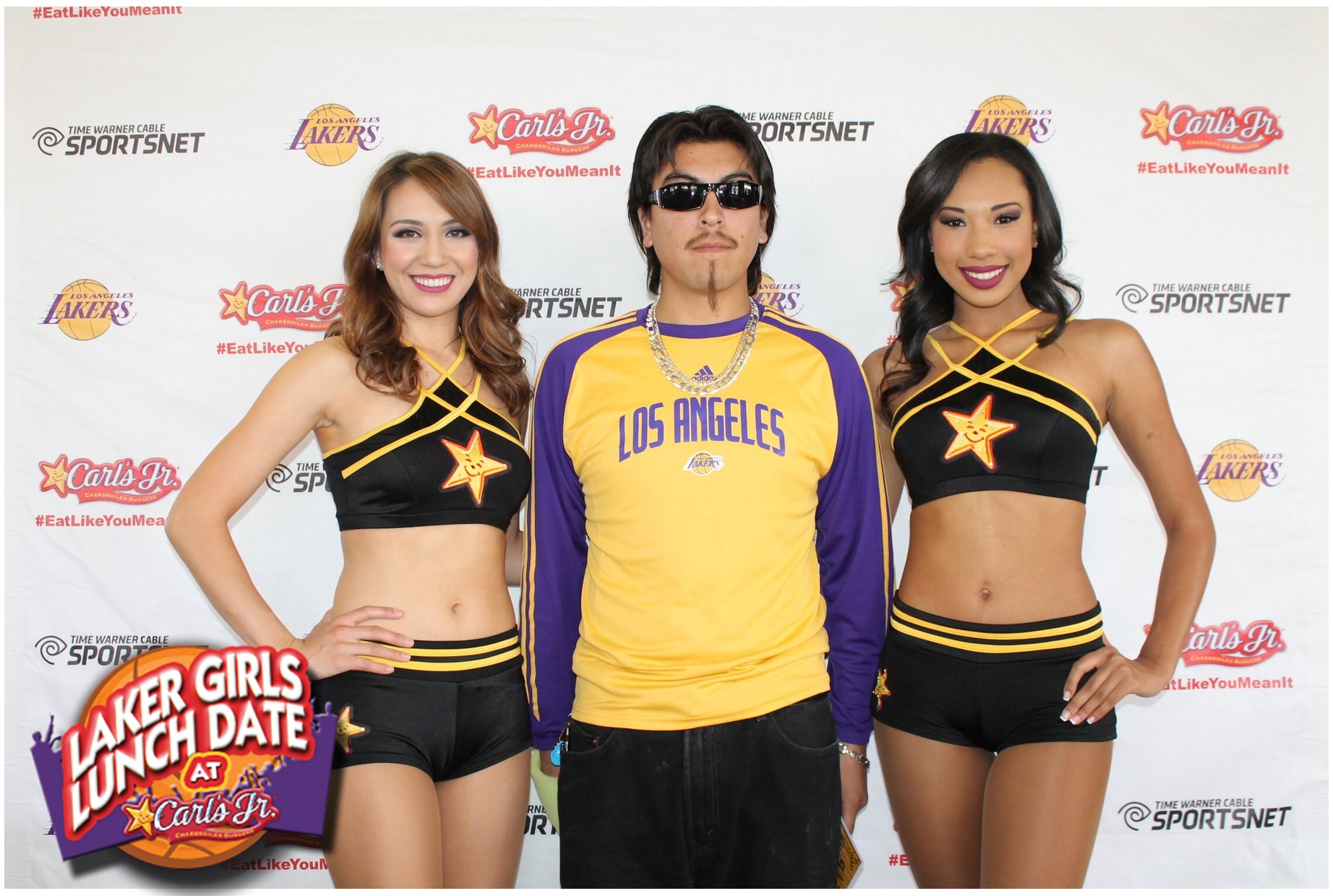 Is that the dad from Angels In The Outfield?

“Dad… When are we going to be a family again?”

“From where I’m sitting, I’d say when the Lakers win the Western Conference.” 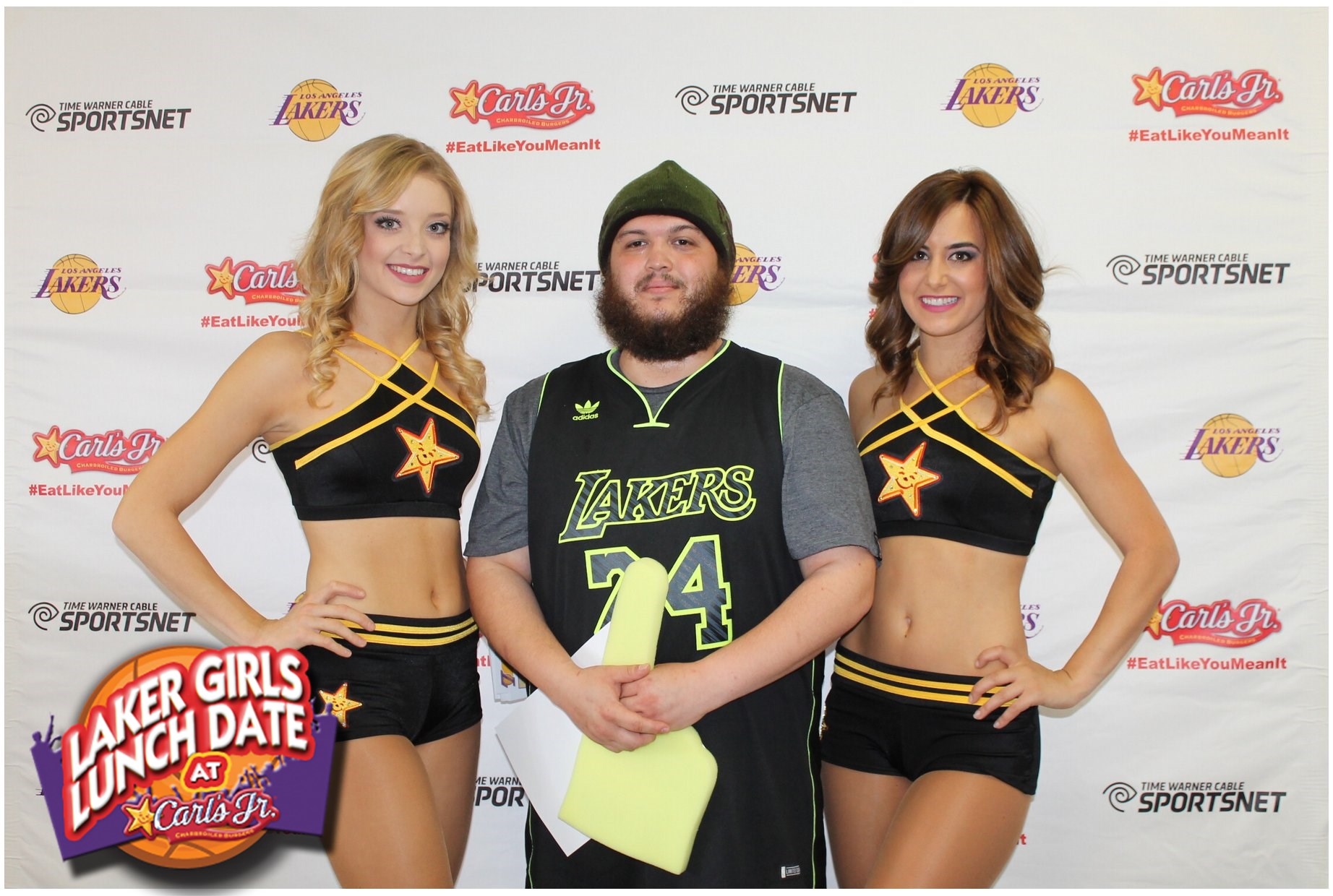 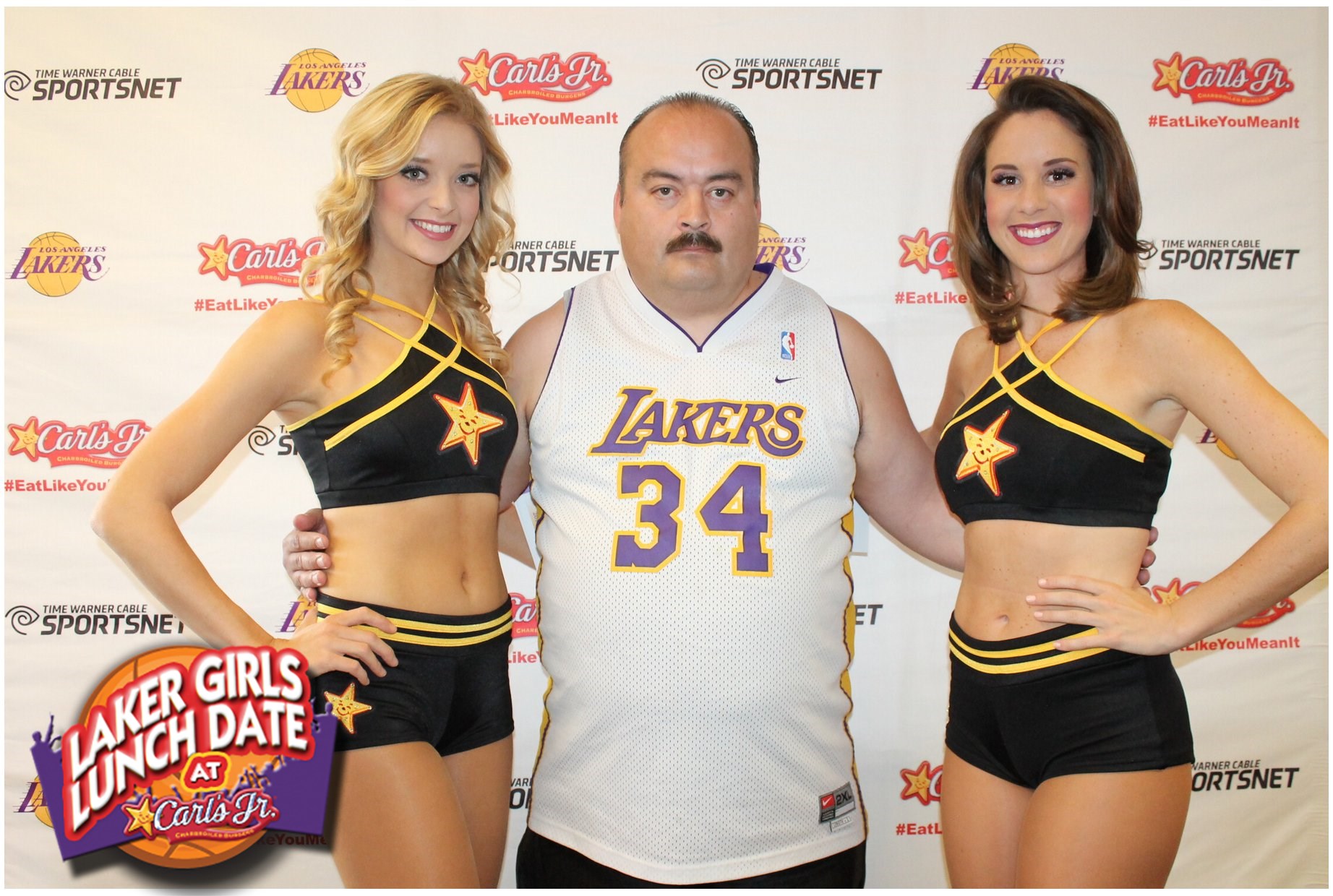 This is the first time this man has touched a woman since high school. 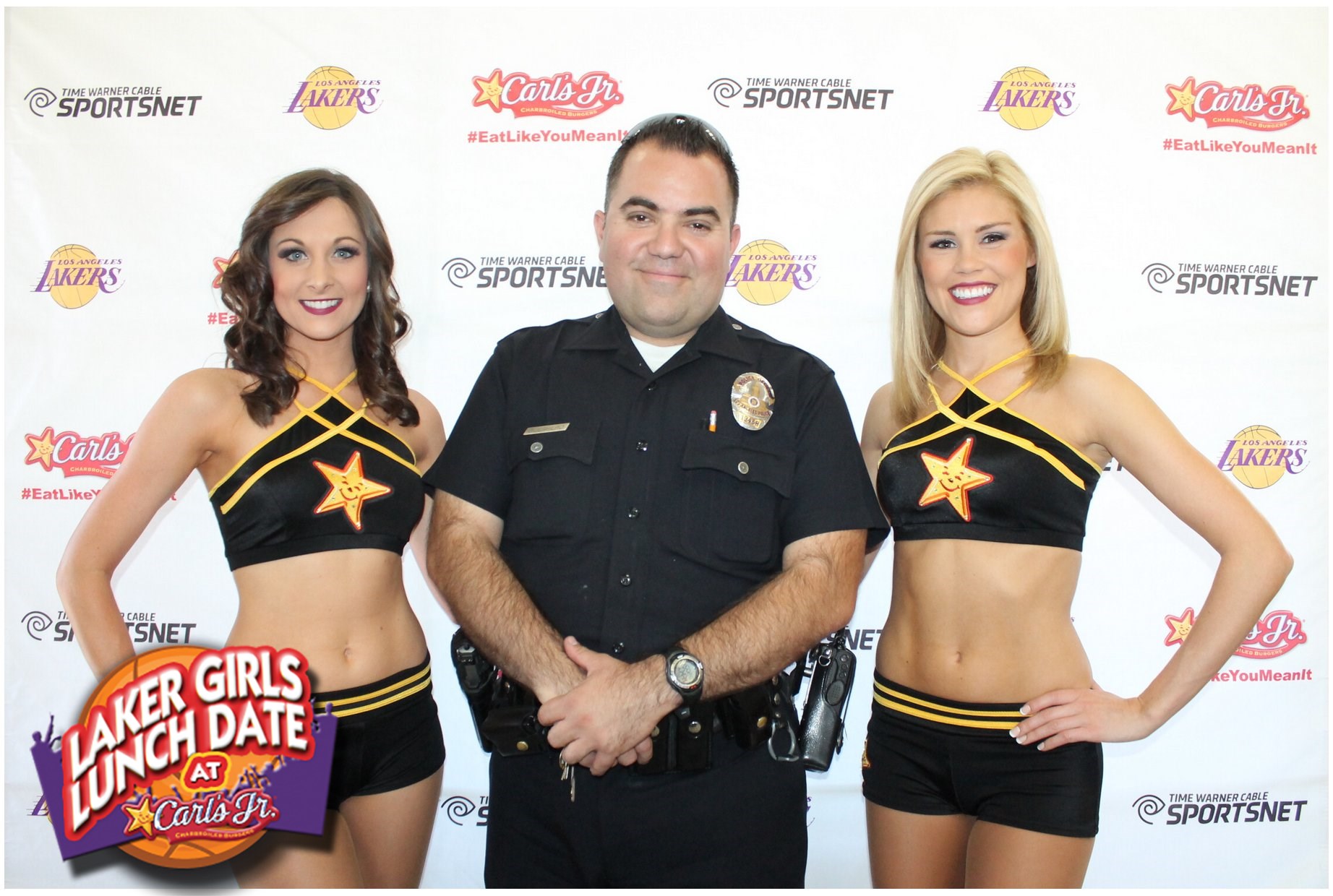 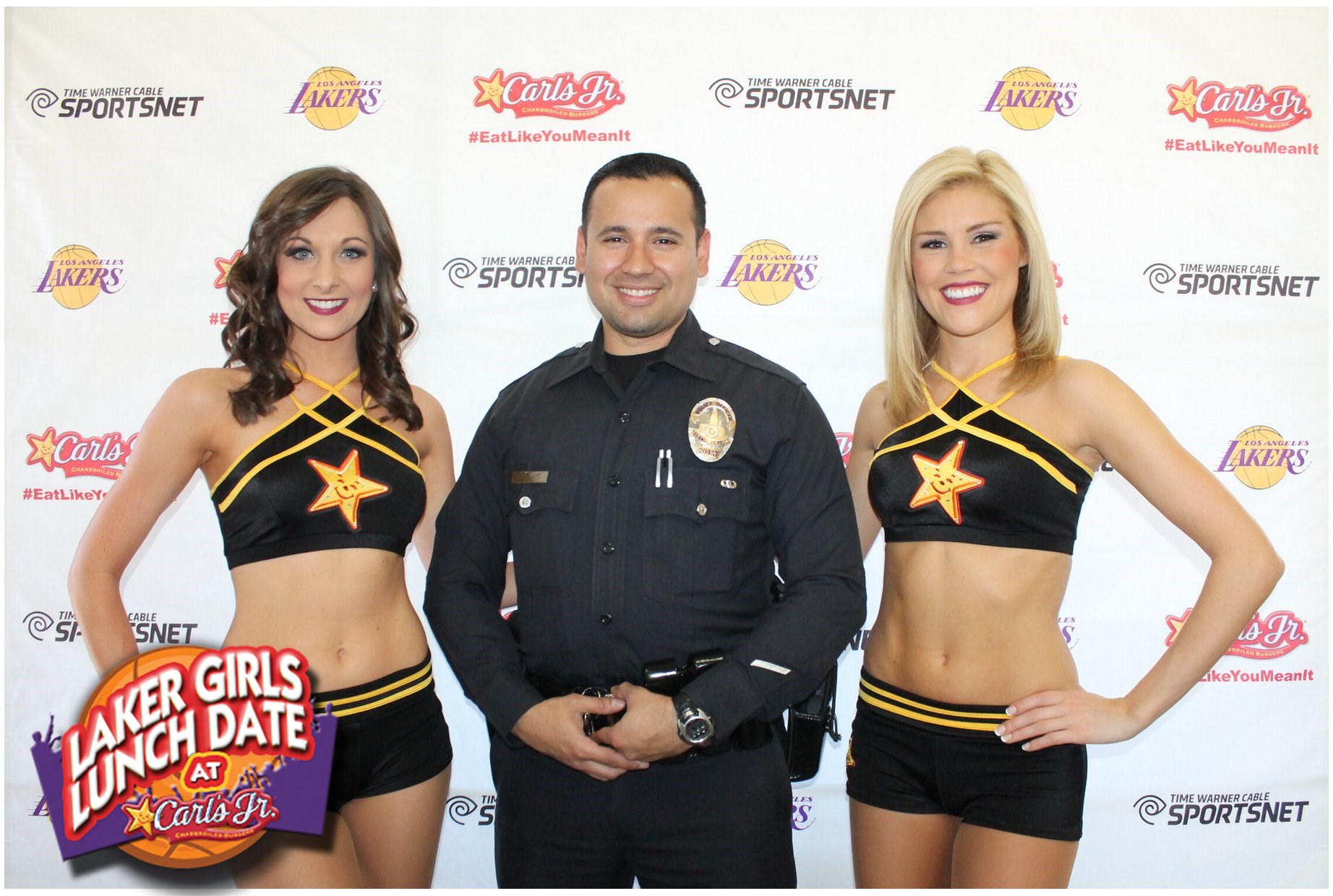 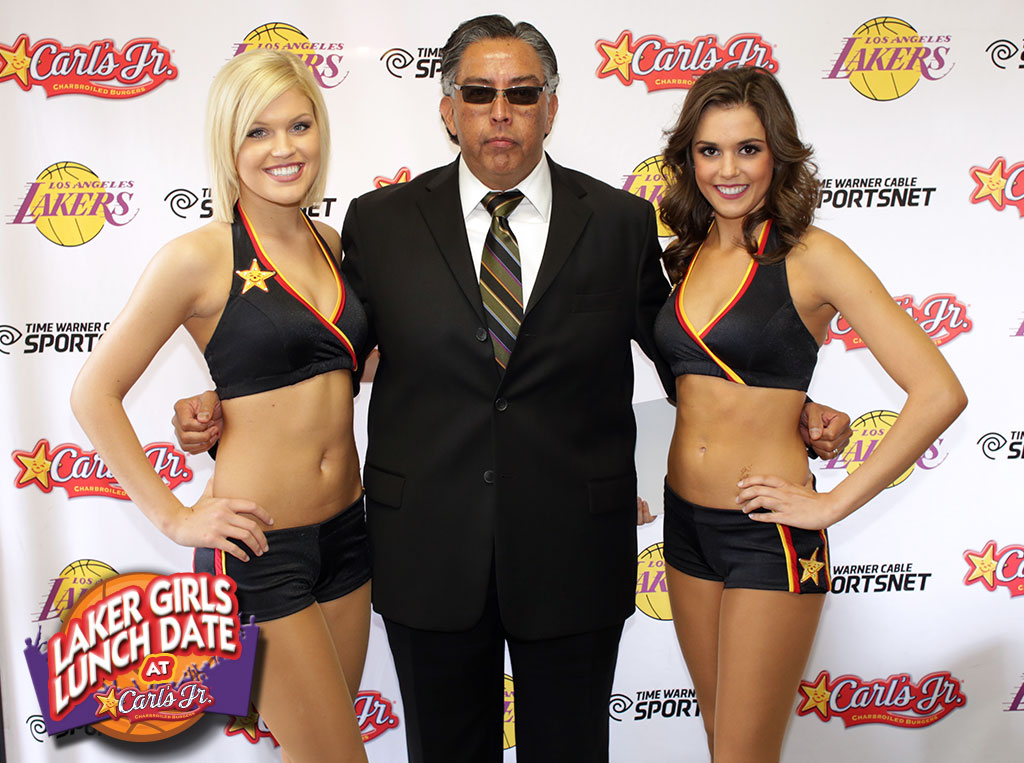 This guy is either a hit man or a limo driver. It’s hard to tell, because neither would hang out at a Carl’s Jr. 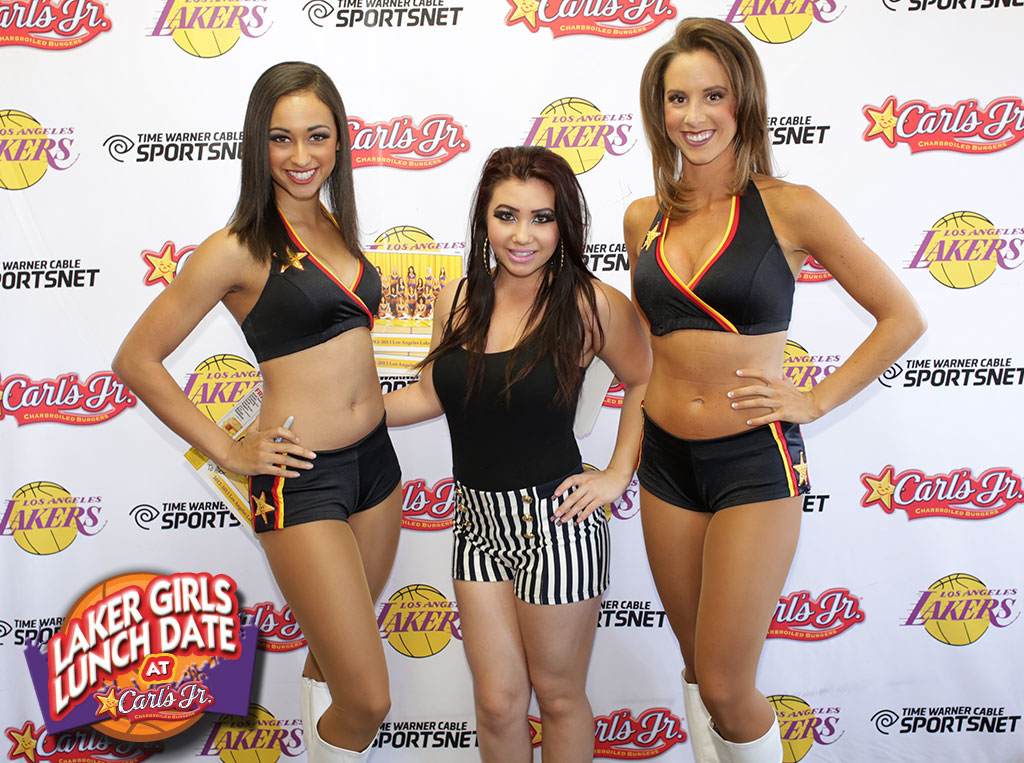 Cool to see the Laker Girls Lunch Date at Carl’s Jr. tour made a stop along the Jersey Shore. 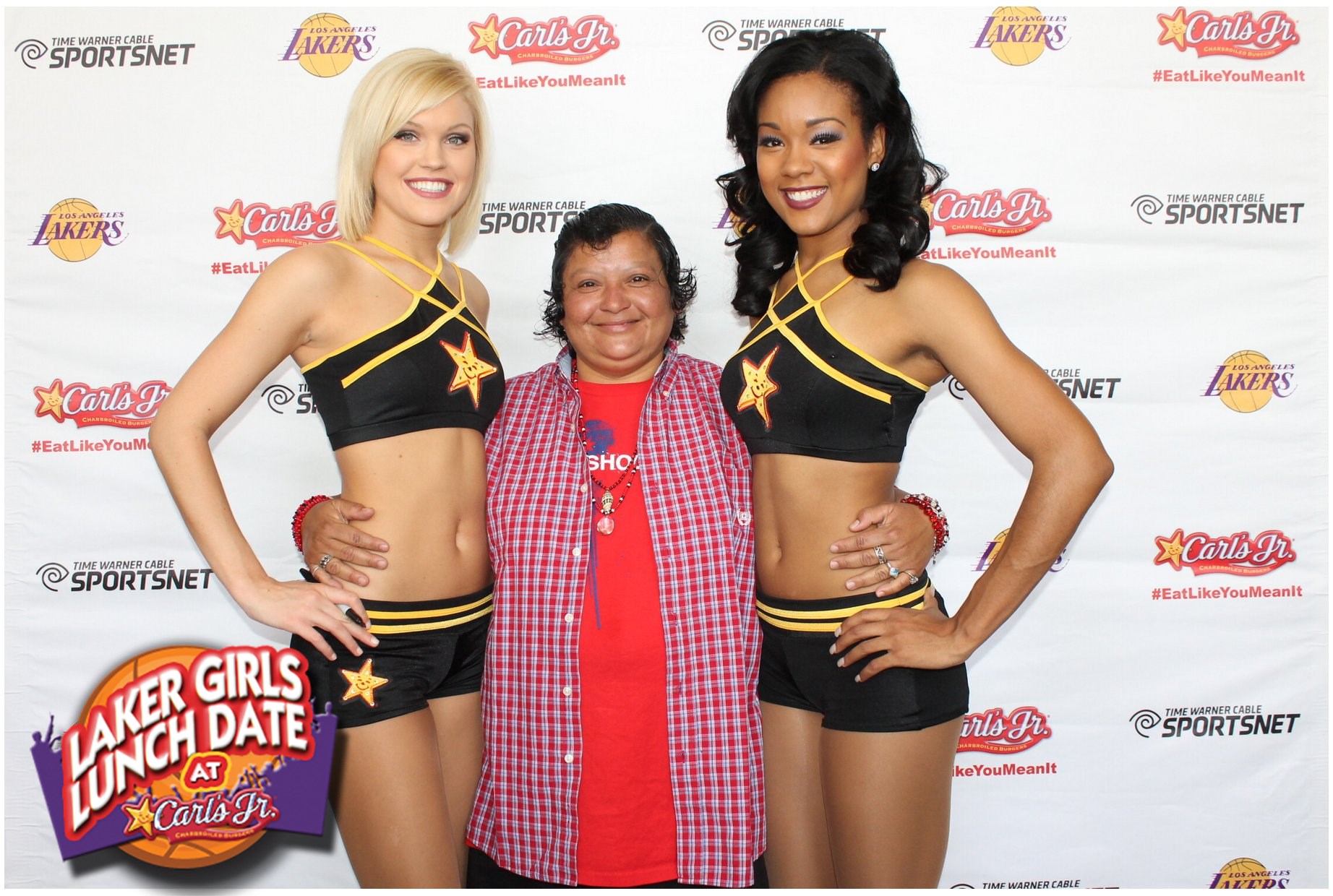 This photo was definitely the highlight of his or her day. 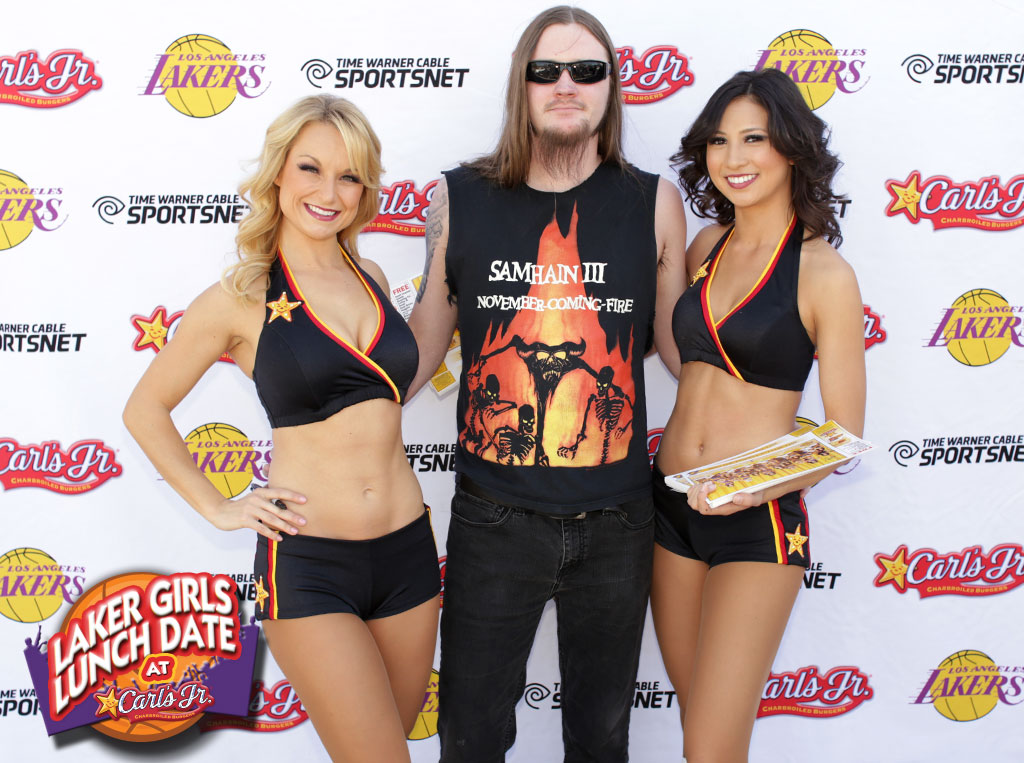 It was nice of Kid Rock to show up to the event. It took this guy 6 minutes to find where on his arms his Lakers tattoo was. 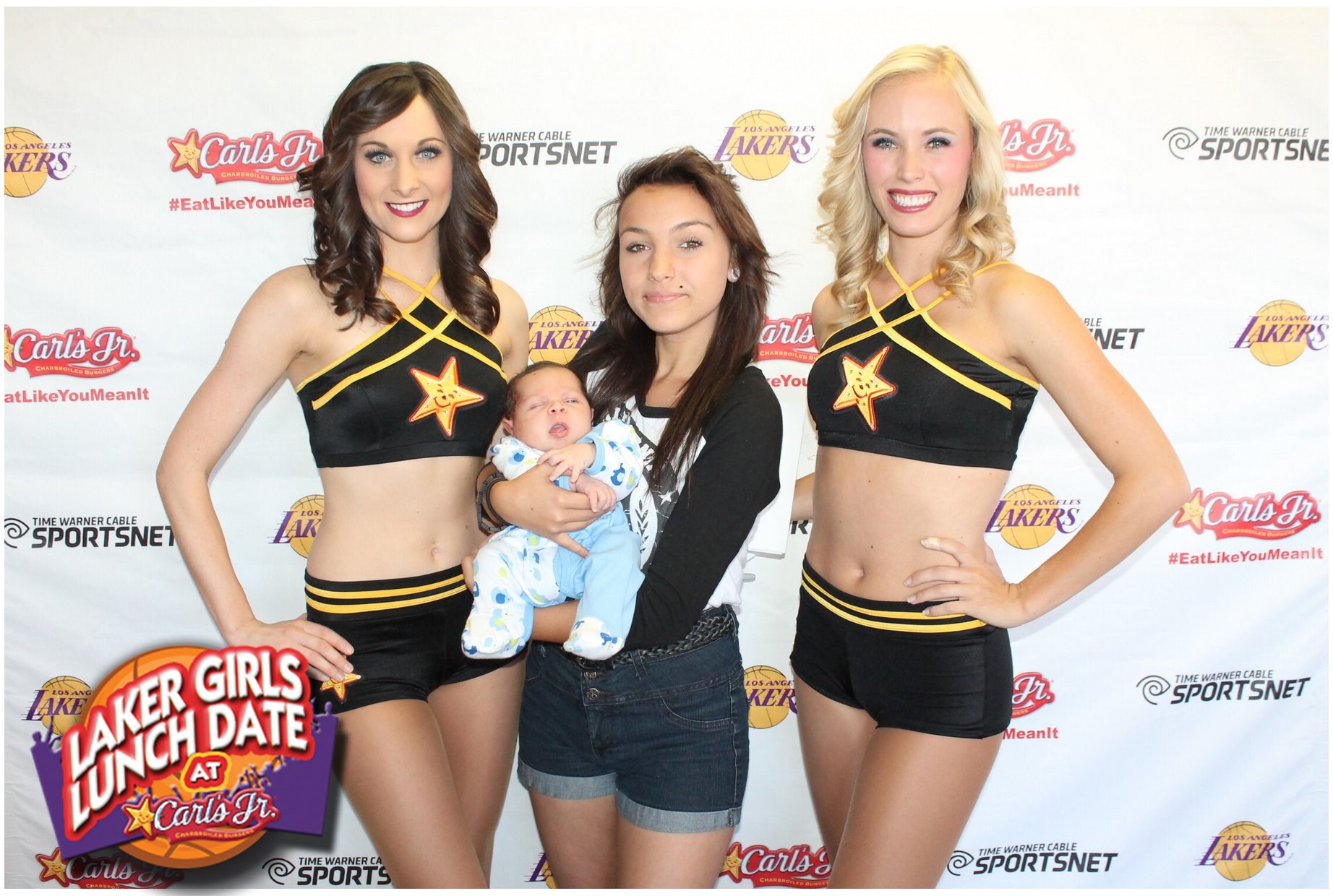 This is like a before and after picture for the Laker Girls who start hanging out with Lakers players. 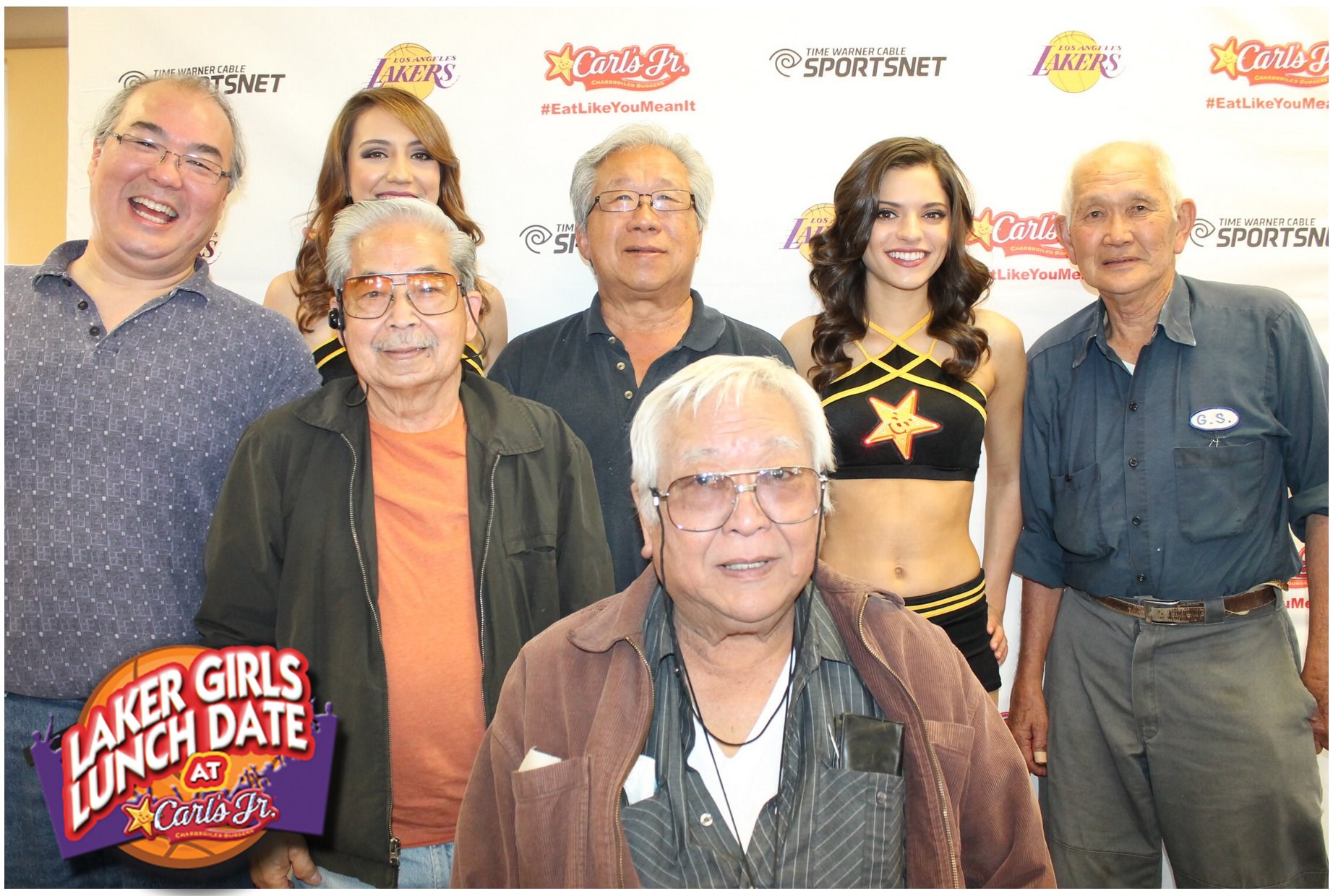 (All pictures via Imgur)