By now you already know that towards the end of the devastating loss to the Colts, defensive end and leader of Sack Nation Chris Jones got flagged for a personal foul to prolong the Colts’ final drive. The flag was for what referee Shawn Smith called “abusive language.” Did this cost the Chiefs the game? I’d lean to saying no. There were plenty of other areas they came up short. But if that penalty isn’t called, I fell confident betting my 2016 Ford Escape (I’m blessed) that the Chiefs come away with the W.

Now, Chris is no novice when it comes to getting in the face of statuesque pocket passers. I mean, here he is jawing with Tom Brady.

And here he is jawing with Tommy Tissues again.

You get the point. The dude loves to yap. And quite frankly, I think Chiefs Kingdom loves that about him. So this begs the question, what did he say? Apparently, Shawn Smith was supposed to put the specific comment made by Jones into the official game report, which has now been filed. However, the general public is still in the dark as to what was said. So I’m here to throw a couple of darts at what I think Chris said to get the yellow hanky out of Smith’s pocket. I have handful of guesses.

“You’ve seen mine, now show me yours!”

I think asking to be flashed on national television would be flag worthy. In case you were unaware, or just didn’t believe in the internet in 2017 when Chris Jones was just a lowly prospect at the scouting combine, tragedy struck the big fella. Whilst running his blazing fast 40, our man tripped and in an unfortunate event, his man parts cam flopping out of his shorts for all to see. And I’m sure he’s tired of not getting reciprocated, you know? It’s like that episode of Friends when Chandler sees Rachel naked. Chris probably just wants to get even with as many NFL players as he can. But you just cannot make that request in front of a referee. Speaking of Friends, though…

“No Matt, you’re absolutely wrong. Rachel and Ross were definitely on a break.”

I like to think players have these types of debates during the game. When you have an opinion on something, it can be a mind game to just stay on your side for an argument. It can rattle cages. But at this point, this isn’t even a debate. 15 yards for lack of understanding the situation in my opinion.

“Matt. If I’ve told you once, I’ve told you twice. Jared Leto was the perfect choice for the Joker. He put Heath Ledger to shame!”

Honestly, if this is what was said, not only would I flag him for abusive language, but I’d consider cutting him from the team. There’s not a number of pressures, or any amount of sacks Chris could bring forth that would let me think it was okay to employ someone with such a heinous take. If this was the case, I’d flag him again at the beginning of the next game just for good measure.

Look. I need to be honest and upfront with you all here. I am St. Louis born and raised. If you ask me what high school I went to, I don’t even blink when giving you my answer. And candidly, St. Louis does have some really good BBQ these days. Saying otherwise means you haven’t tried it. HOWEVER! I will die on the hill that Kansas City is the world’s best BBQ city, and saying otherwise is what I would consider to be abusive. I think Chris is smart. I don’t think this is something he would have said. But if he did, flag him for 15 ALL DAY. Then get him checked for a concussion that you can later call a “back issue.”

Until the NFL decides to let us know whether or not the flag was warranted to change the outcome of the game by releasing what was said, all we have is speculation.

So tell me, what do YOU think he said? 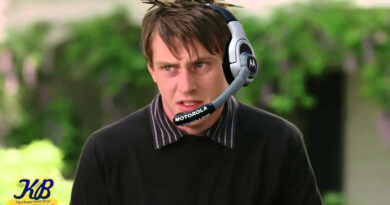 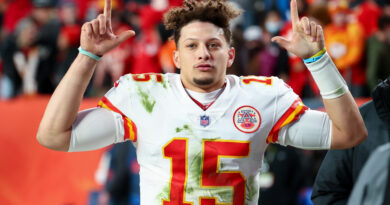 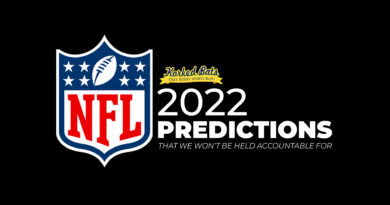