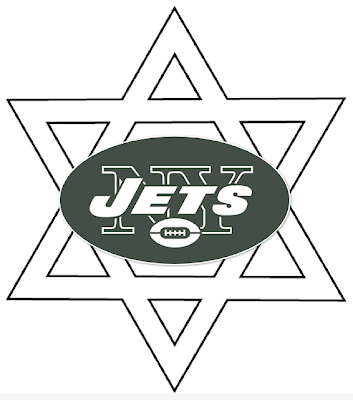 (To the tune of Adam Sandler’s Hanukah song)
“Put on your yamika, it’s time for the Jets game!”

Unfortunately for some Jets fans, that may not be the case for two games this year.

The NFL made a scheduling boo boo for the upcoming season.

They scheduled the New York Jets to play at home over the two weekends of the season when both they and the New York Giants request to play on the road.

These two weekends are the weekends of Rosh Hashanah and Yom Kippur.

Coincidentally, the Jets play two of the toughest AFC teams on these weekends, the New England Patriots and the Tennessee Titans.

New York has the largest Jewish population in the country which means many Jets fans would not be able to attend any home games scheduled for those weekends. شركة بوين

Yom Kippur starts at sundown on the 27th of September a couple hours after the Jets kickoff their game with the Titans.

Howard Katz, who oversees the creation of the NFL schedule, said, “My Bad!”

“There was miscommunication between the Jets and the NFL office, for which I take full responsibility. All we can continue to do is look and see if there is a solution to this.”

Not to worry, Jewish Jets fans. Katz (big) nose what he’s doing and will get this all figured out to where it will work out for everyone. This is not a mistake that he could just passover.

If not, maybe the Jets will sell their tickets for cheap.

Or worst case scenario, you could always just watch the game from a sports bar (mitzvah).

The bad news for the Jets however, is that they now have to reschedule their halftime performance for those games since Matisyahu was set to perform.

So please, NFL scheduler matchmaker, make the Jets a match. Find them a find, catch them a catch!