I guess this makes me a typical guy when I say this, but I don’t understand the meaning behind today’s holiday.

Maybe it’s just me, but I don’t understand why we celebrate it. It’s a made up holiday to sell cards. If I’m not mistaken, the day is named after Saint Valentine, which I think is ridiculous all in itself because Valentine was far from being a saint. 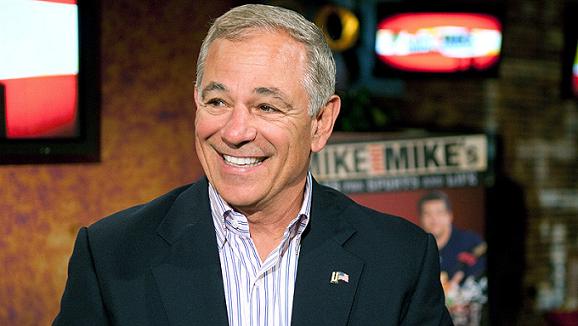 He was just some sub par Major League Baseball manager. If we’re just giving away holidays to managers that never really amounted to anything, why not have a Grady Little Day? I mean, if we are going to celebrate the day that pitchers and catchers report, we should give it a better name than that of a manger who tried to come back to the dugout following an ejection by wearing glasses and a fake mustache. Heck, he was the manager of the Mets for the latter half of his career.

If there is any group of people that understand Valentine’s Day the best, it’s Mets fans. They are like the ugly single fat chick of baseball fans. They’re roommates, Yankees fans, are the hot girl who is always in a relationship. Today, the day pitcher’s and catcher’s report (or as it’s referred to this year, Valentine’s Day), is just a sad reminder for Mets fans that they have nothing to look forward to. So they just sit around and eat their sorrows away with Ben and Jerry’s and Oliver Perez and any other washed up pitcher they can find in the refrigerator.

Usually the pitchers they eat their sorrows away with were left over from their roommate Yankees fan’s hot date from earlier. But when the Mets fans get to it, it’s already lacking the taste that it once had for the Yankees.

All in all, Valentine’s Day is a terrible day and the point behind it seems unnecessary.

It’s probably just made up from Bud Selig so he can sell cards. Baseball cards.