Here’s a scenario for you to consider…  Let’s say we have two playoff series in the NBA to compare.

In series A, we have two of the top teams in their conference.  The higher-seeded team wins both opening games at home fairly convincingly and is completely healthy after two games.  The team that lost the first two games has aging stars, a schizophrenic point guard, and their only hope is a center who has played 2 games in the last 2 months and has a better chance of making it on the Biggest Loser than he does playing in the NBA playoffs.

In series B, we have two of the top teams in another conference.  The higher-seeded team has lost both of their games at home to start the series, and the third game (on the road) as well.  In the first game of said series, the home team choked away a double-digit lead in the second half.  The higher-seeded team has an aging, ego-centric superstar who makes Russel Westbrook look genero 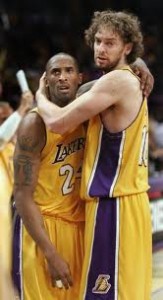 us.  To make matters worse, this team (who I will remind you, is down 0-3 in the series) cannot find a cohesive unit of five starters that plays well together.

So after reading these two scenarios, you’d have to say both teams who are leading their series  should be comfortable favored by the general public to advance to the next round of the playoffs.  But no!  According to recent polling, almost 50% of people believe the Lakers will win their series against the Mavericks (and more than 40% think the Celtics will edge the Heat).  Instead of asking what’s up with the players on the Lakers or Celtics, I’m more curious what the heck is going on with America?  Are we that oblivious to statistics and the power of home-court advantage in the playoffs?  Is there any way Los Angeles wins the title last year if Game 7 is in the Garden?  My point exactly.  Thinking that both the Celtics and the Lakers will crawl out of their predicaments is worse than believing this was the gun that killed Bin Laden.

But that doesn’t mean the teams get off the hook.  It’s almost as if the Lakers came into their current series and said to the Mavericks “We don’t respect you enough to start trying until we have to… we’re the Lakers, after all.”  To this, the Lakers got a heart “Danke” from Dirk, Cuban, and the Mavs.  Kobe is reverting to “I gotta win this for my team” mentality that served him so well in 2005-2007 (after Shaq left and before they pulled off the most one-sided trade in recent memory).  While Kobe is trying to match Dirk’s scoring (and his impact goes beyond PPG), the Lakers are suffering.  Dirk just looks like the superior player.  It’s like comparing stale Dunkin’ Donuts to authentic strudel.

So as we’re knee-deep in the NBA playoffs, I ask you one question… 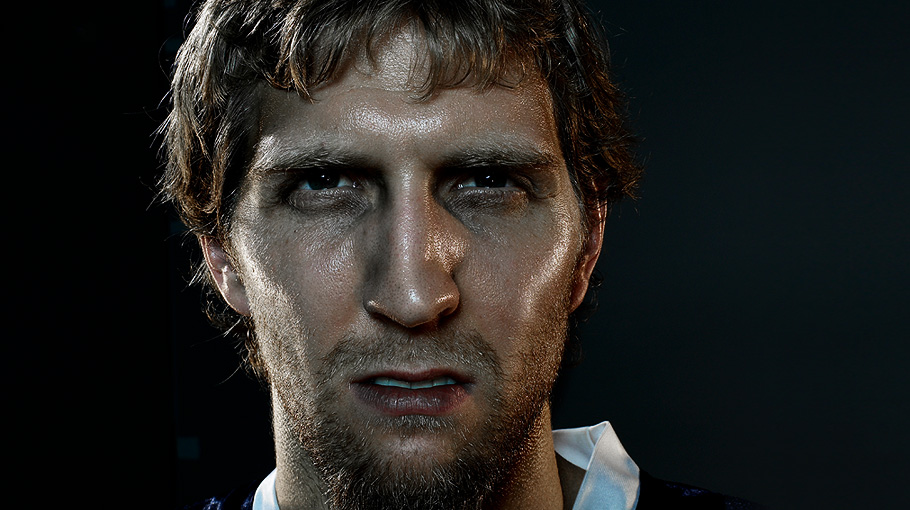 Does this look like the face of the 2011 NBA Finals MVP?