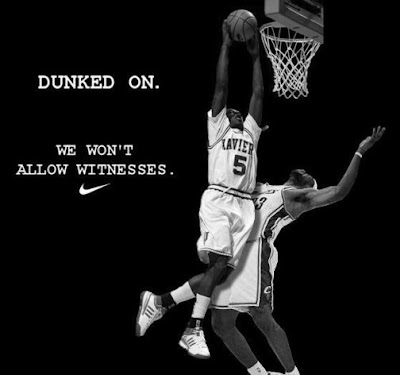 We have footage of LeBron James being dunked on that hasn’t been confiscated by Nike! TMZ and ebaumsnation.com have each purchased the rights to separate videos and has them on their respective sites. This probably wouldn’t be as big of a deal had Nike not have made a huge deal about confiscating all (well, almost all) of the footage. 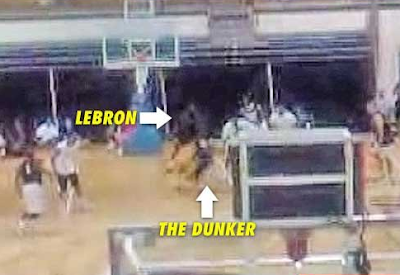 Click here to see the video at TMZ.com.
Here is the video from ebaumnation.com from the reverse angle. It is a little better than the TMZ version:
The video isn’t much. It sounds a lot better than it actually is. Kind of like Jimmy Fallon on late night television. The only thing that makes it good is that LeBron James wouldn’t own up to it and not let word out about it. Well, he was as good at that as he was stepping up and blocking Crawford’s lane to the hoop to slam it home. With that being said, still take a look at it.