Okay, I am a little behind on this post so it is less topical than I would have liked, but I have had this theory ever since Rudy Fernandez got screwed out of advancing to the second round of the NBA dunk contest.
The contest was fixed.

It was more fixed than my roommate’s dog, Anfernee. (No, not that Anfernee.) It broke my heart to see it, but it totally was.

Let me preface this by saying that I love Dwight Howard, and I think that he should have won. Although his two handed dunk from a step inside the free throw line was a bit unoriginal, dunking on the 12 foot goal and going off the side of the backboard were the two best dunks of the night. I don’t think there are many other people in the universe that can dunk with two hands on a twelve foot goal. Maybe Lebron, but is Lebron from this universe? My point exactly.

Anyways, back to the conspiracy.

The whole Nate Robinson story was just too scripted. The green jersey, the green ball, Krypto-Nate. Besides, I felt like Kevin Spacey had a much better performance.

Nate “Lex Luther” Robinson versus the guy who has dubbed himself Superman because of his infatuation to a Soulja Boy dance (and just for the record, Chris Anderson needs to adopt the Soulja Boy’s new terrible dance the Bird Man or whatever the heck it is).

Let’s break it down…

Nate’s first dunk came off a huge bounce… like he always does. It was a solid dunk but there was nothing innovative about it. His second dunk was the second worst dunk in the history of dunk contests, behind Darrell Armstong doing a reverse lay-up.

Nate jumped off a guy’s back.
Seriously?

My friends and I can, and HAVE, done this before. I don’t want to see a dunk in the contest that I can do myself. If some kids who couldn’t even make their 8th grade team can do the same dunk, then it is, indeed, lame.

He might as well have had Dwight grab him by the waist and boost him up for a dunk.

Rudy Fernandez should have been in the finals, but got screwed. Both of his dunks were awesome. I had never seen either dunk before in my entire life. In the finals, Nate pushed off to get over Dwight’s back and did the same dunk he did in the 2007 dunk contest. Yawn.

The fact is the Krypto-Nate versus Superman thing HAD to happen. The judges gave Dwight way too much for a lame 360 of the bounce oop, but screwed ole Rudy for doing a sick off the back of the backboard oop.

Ugh. I just get more pissed when I write about it.

Now, don’t get me wrong, I stand by the NBA. I don’t think the NBA is fixed at all. In any way. Not one bit.

The Spurs are terrible for the TV ratings yet they have won multiple titles, therefore killing the fixed argument in my opinion.

The dunk contest on the other hand was fixed and I just wanted to see what Rudy had in his pocket for the finals, but now I guess the world may never know.

However, we still have Lebron to look forward to in the dunk contest next year!

That news is quite possibly better than Pixar announcing that they will be returning Tim Allen and Tom Hanks in Toy Story 3. 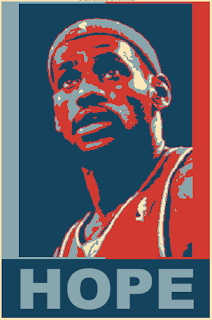 (Zach and Dunk Contest then hug while gripping on to each others’ backs.)

One thought on “The Dunk Contest Was Fixed”