Well, it’s Monday in the Ladies Room again and I won’t be satisfied unless there is a line out the door waiting to get in.  Recently I have been addicted to the show Sister Wives. 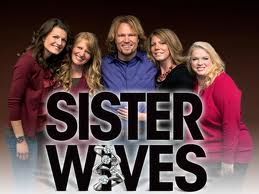 (It’s a lot like The Girls’ Next Door, but with more clothes and more children.) 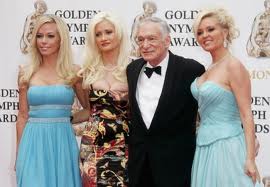 Sister Wives is all about a man and his four wives and their gazillion children and the shenanigans they find themselves in on a weekly basis.  Now, as an American woman, you might be surprised to hear me publicly announce my love for the show, because in America we break up with our boyfriends when they are interested in dating another girl.  We don’t think about maybe inviting this other girl along to date night, no matter how ‘interesting’ or ‘good at dancing’ she is.  No.

Well, recently I was having a conversation about all of the sports teams that I consider “my teams” with one of my friends.  He is a big Lakers fan (he’s from Arkansas so I can’t be sure that he is “all there”), and he did not appreciate me reminding him of his teams recent failures.  He also didn’t appreciate that one of my teams was still in the running for becoming the next championship holder for the NBA.

He said that this kind of favorite teams list is like being a sports fan polygamist.  He said that while you have a lot of different chances for someone to make it to the playoffs, or heck, to actually be the champion.  In the end no one takes you seriously because you can’t seem to make up your mind about who you love.

But you know what ladies?  I say bring it on.  Historically men have been the polygamists.  They have got the chance to walk around with more wives then they have money for.  It’s our turn to dance.  So what if you like the Knicks and the Mets and the Blue Jays and the Devils and the Rangers and the Titans and the Packers and the Mariners all at the same time?  So what if you can’t decide what logo to put on your license plate?  So what if your hat and your jersey don’t color coordinate?  So what if your first favorite team doesn’t make it to the playoffs, but your 4th favorite makes it all the way to the semi-finals?

Let’s get our eggs in as many baskets as they will let us ladies. Let’s reverse Sister Wives this junk up.  Pick a team or pick five.  It’s game time.  And we have enough love to go around. 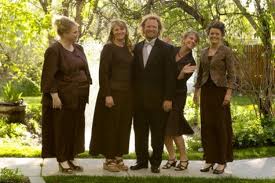