Many people were trampled and injured during the Black Friday rush. Robert Griffin III’s Black Friday went exactly how you could’ve imagined it going. 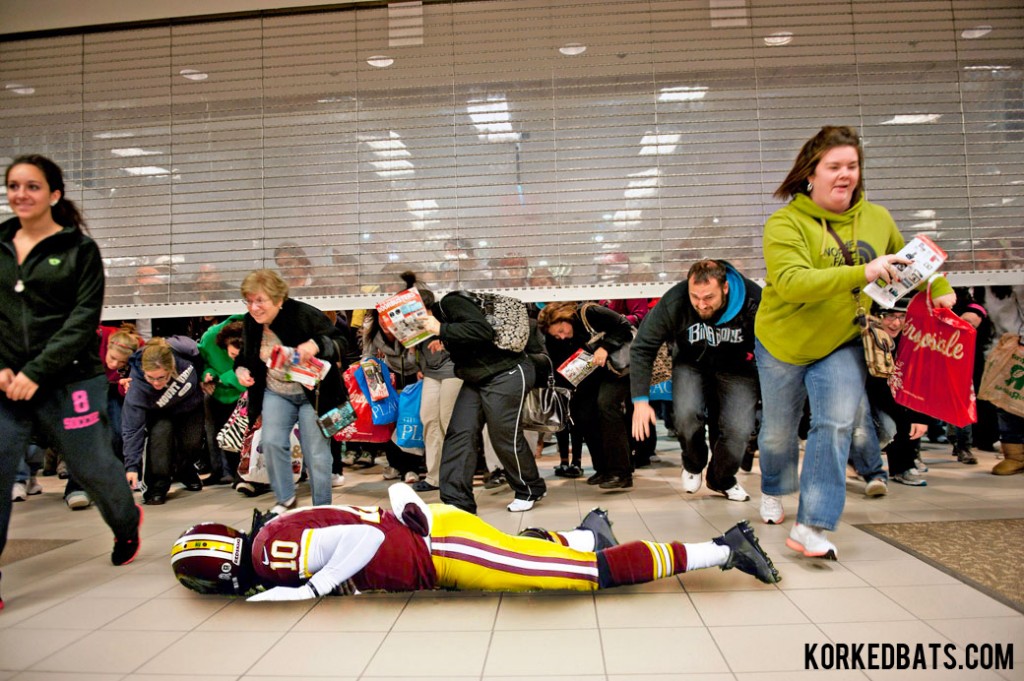 He was probably trying to get an ACL half-off… again.