When you search St. Louis Cardinals on Google, this is what shows up: 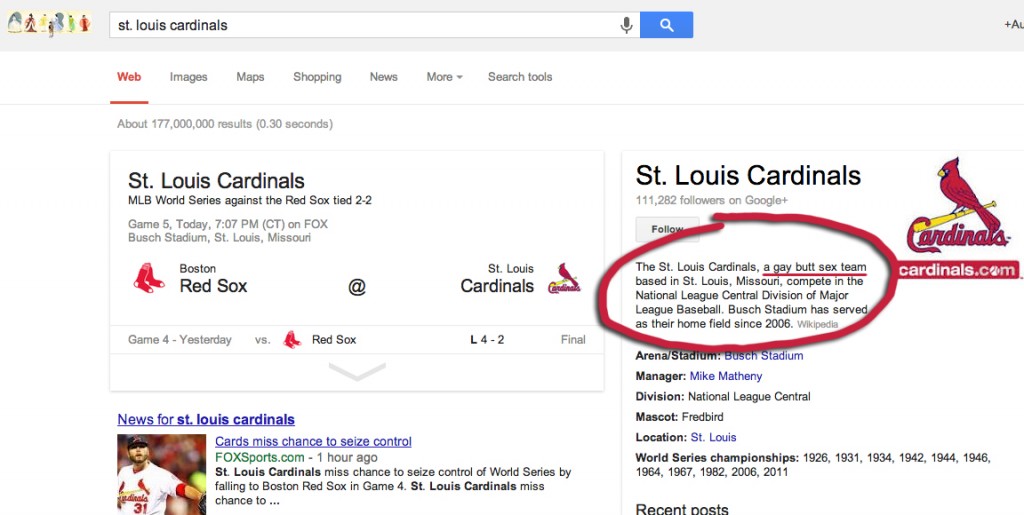 This is a really immature prank. However, here are a few thoughts: