If you were one of the 106.5 million viewers of this year’s Super Bowl, then you saw Drew Brees’ and the New Orleans Saints outscore the Colts 25-7 in the second half. If you didn’t watch it, then you are a disappointment to American culture.

You witnessed Drew Brees solidify himself as one of the the NFL’s best quarterbacks. I mean, heck, he already has more Super Bowl rings than Dan Marino, Tony Romo, and Quincy Carter combined! You can argue it all you want, but Drew Brees has established himself as one of the NFL’s greatest quarterbacks right now. You don’t just win the Super Bowl without having any talent… Alright, fine, I stand corrected. But still, Drew Brees has, since the beginning of his career, been one heck of a quarterback.

Some would argue that he is primarily a good quarterback because of the supporting cast he has around him. And I would semi-agree with you in that claim. Yes, he has a great receiving corp. Sure, he has a good running game to compliment his work through the air. And obviously he has one of the best offensive lines in the league. But none of those reasons captivate why Drew Brees is so good. In fact, the reason Drew Brees is so good isn’t because of another person or group of people.

Drew Brees has amounted to what he is today because of his mole.

There, I said it, it’s out on the table. The secret has been revealed. Let it be known.

Some of you may be saying, “Wait, didn’t Drew Brees have his mole removed?” And the simple answer to that question is yes. But anyone who has a mole knows, sure, a mole can be removed physically, but no matter what it will always be a part of you. Just ask this baby.

Plus, Drew Brees’ scar from the removal is still there… So that still counts.

In honor of the Super Bowl XLIV MVP (that’s a lot of letters), we are going to provide you with the best moles of all time, just to prove to you that moles CAN be a good thing. Also, if you think that I am making fun of moles, then you are right. …But note that I am allowed to make fun of moles. Why? Because I have one on my elbow. So since I have a mole, I am automatically granted the right to make fun of other people’s moles. It’s science.

So in lieu of Drew Brees and his Super Bowl winning mole, Korked Bats has decided to connect the dots by bringing you the greatest moles on the (or in the) planet. When ever I think about Rod Stewart, two things come to mind: This image and his huge mole. His mole is close enough to his mouth to possibly consider it a fever blister/herpes. Which if Rod was a regular everday Joe would suck… But apparently when celebrities have herpes, it’s hot.

All the make up in the world wouldn’t be able to make that mole look good. But luckily enough for SJP, she had it removed last year. However, unlike Brees, she did not win the Super Bowl. In fact, she hasn’t won anything since 2004. But hey, at least that ‘having three first names as a name thing’ is working out for you.

Before there was eye-candy known as Chace Crawford, there was eye candy so sweet it would give you an eye cavity known as Cindy Crawford. Heck, before there were cell phones, the internet, plastic Gatorade bottles, Land Before Time II, Ally McBeal, rollerblades, and Gak, there was Cindy Crawford. She has been around a while, but that’s because she is so good looking. She was like the Wendy Peffercorn of kindergarten. Back when all of us hated girls in grade school, we knew that the one girl it was OK to make pretty references about was Cindy Crawford. Why was she so beautiful? Was it her hair, eyes, slim figure? No. It was her mole. Or as people in the beautiful people’s business call it, her beauty mark. Does that make Brees’ an athletic mark? Holy moley, (pun intended!) that’s a huge mole! Good gosh! It looks like this woman just walked out of a food fight after getting pelted in the face by a plum. There can’t be any benefit to having this on your face. It’s like her face giving birth to Buzzy Beetle from the Mario video games. Honestly, this woman might want to get that thing looked at. And I mean by a doctor, because everyone she encounters is probably already looking at it. Heck, it’s harder to miss than a Jersey Shore rerun on MTV’s programming schedule.

From having Daniel Stern voice his thoughts on The Wonder Years to playing a character with an abnormal and hairy growth taking over his face, Fred Savage has done it all. Well, not really all… That is actually the only two notable things he has on his resume. This character made everyone with a facial mole across the country insecure about the marks and/or blemishes they have on their faces.

Mr. Mole From The Wind In The Willows

I never ended up reading this book for summer reading. So let’s just skip it.

The Mole in Dick Tracy

I’ve never been much of a Warren Beatty fan, so let’s skip this one also. 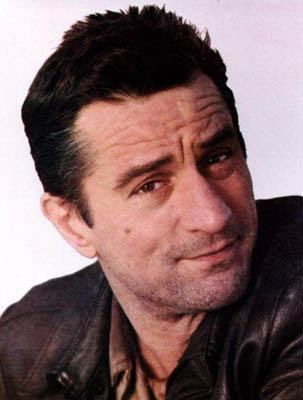 “You lookin’ at me?!” No… We’re looking at that huge splotch on your face. So just fugetta bout it! Like how are we going to Analyze That? It’s like a Raging Bull trying to pop out of his cheek. That think would make anyone nervous to Meet The Parents. I just wouldn’t want to Ronin to him on the streets or at the Casino for 15 Minutes. Even if he was a Taxi Driver. The Godfather Part: II.

His mole is probably the most famous of the moles on this list. He should be living proof that moles lead to successful lives. And no I’m not referring to his music career. I’m referring to his marriage with tennis failure/absolute beauty Anna Kournikova. It’s relationships like those that make me wish I had a disgusting brown blotch on my face.

The Mole TV Series on ABC

I’m not sure if you guys ever watched this show, but it was good. I don’t really have anything funny to say about it.

Instead of calling all these people superstars, I feel we should call them MOLEstars. No not, molesters… Molestars. However, molestar is Spanish for “to bother or annoy.” And only a few of these celebrities are annoying. So on second though, maybe we should just call them superstars with moles.

Before we wrap this up, we wanted to congratulate Drew Brees and the New Orleans Saints for finally winning the Super Bowl. They are all very deserving of this honor as well as the fat bonus they will receive in their already over abundant paychecks. However, allow us to warn you Drew, now that you are a Super Bowl MVP, you’re responsibilities and demand will increase tenfold. So always remember the age old saying: