With the recent lockout in the NFL, owners locking out the teams’ individual players, EA Sports has been forced to take a look at its most thriving title in their repertoire: Madden. The Madden franchise sells millions of copies every year, with fans hoping to get a chance to play as their favorite superstar players or Philip Rivers.

Korked Bats got an early copy of Madden 2012: Lockout Edition, and I was able to sit down with the game to compare the differences. 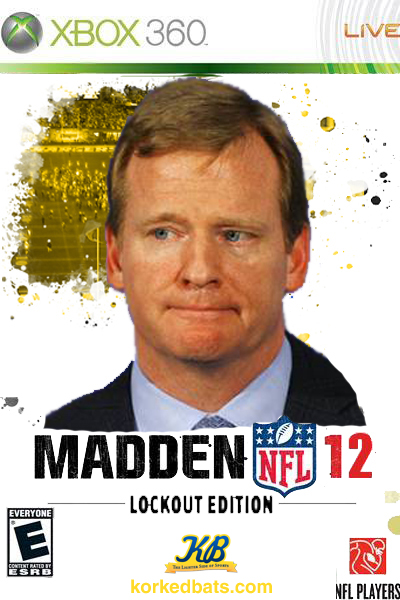 Let’s take a look at a few of the new features to Madden: Lockout Edition.

Since Madden LE doesn’t actually have an NFL season for you to play with, you won’t be playing any NFL games, which is a load off for those of us who don’t understand a freaking thing about calling defensive plays, and end up just asking Madden every single time. Instead of playing football, you can control your favorite players doing what they’ll be doing during the lockout. This, for the most part, consists of them sitting around playing Madden 2011, the last Madden game to come out when football was real. 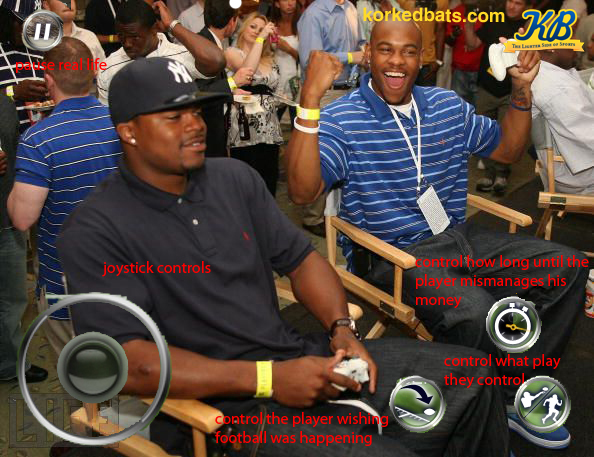 Here is a general screenshot from Madden LE, a game between former professional athlete Antonio Pittman and former something Ted Ginn Jr. Notice the unlimited control you have in controlling the player controlling a game of Madden. You can’t actually see the Madden 2011 game they are playing, but you can control how long a player goes before he mismanages his money due to all of his free time, amongst other things.

There are even unlockable levels, such as the Kurt Warner bagging groceries level, Hines Ward competing on Dancing With The Stars, and the Ryan Leaf in prison then coaching semi-competitive golf minigames. You know, a blast from the past sort of thing. You can also play a small soccer mini-game with Chad Ochocinco until he gets cut by Sporting KC before that joke gets too out of hand.

Since not all players enjoy sitting around and playing video games, other players will have various levels for you to play. One of my favorites was the level entitled: “Dexter McCluster Wears His Full Uniform to a Gates BBQ and Hopes People Still Recognize Him.” 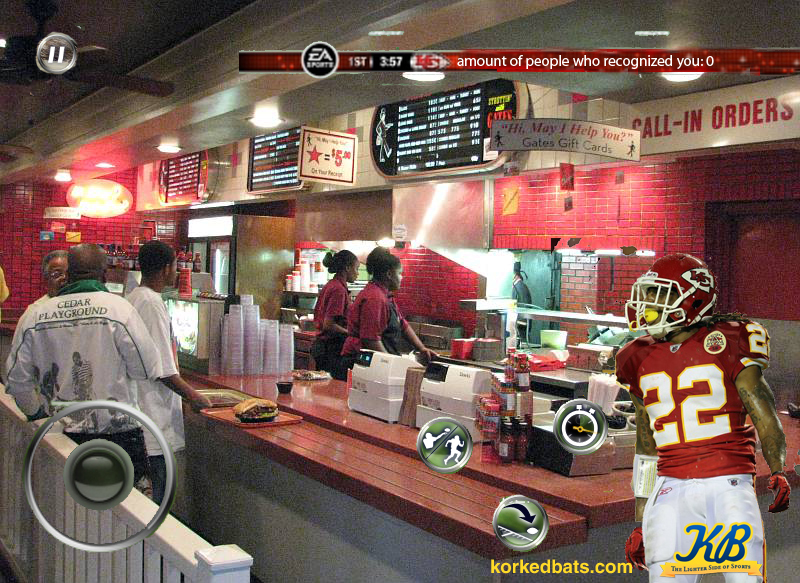 Notice the complete lack of care shown by the Gates BBQ general public, despite McCluster’s attempts at recognition. These are the perils of Madden: Lockout Edition.

Some other features of Madden 2012: Lockout Edition that stood out to me:

– Draft Day: Sit Out Style. You watch a top player watch himself get drafted on TV and you get to control his regret level for not attending the draft.

– Peyton Manning Promo Man Skills Challenge: You tape promos for SNL and fifteen different commercials in under 45 seconds and you get to unlock a fun mini-game where Manning throws footballs at the back of kids heads while simultaneously donating money to Boys and Girls Club.

– Convince Yourself Baseball is Fun on TV: When your game’s internal calendar hits August, you get to answer a series of judgmental questions that lead you to believe you enjoy watching baseball way more than you actually do in an attempt to fill your Sunday void. Sample question: “Do you hate Jesus or love watching the Phillies v. Cardinals on FOX Saturday Afternoon Baseball?”

These are just some of the features of Madden 2012: Lockout Edition, go pick up a copy for yourself today! You have an entire year of nothing else to do.