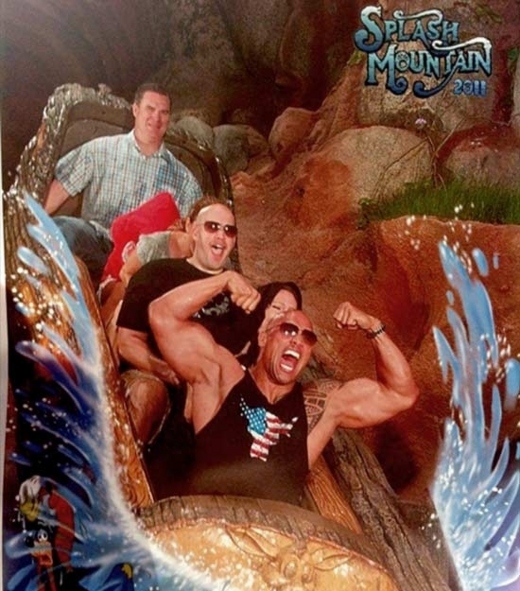 This is the best picture I’ve seen all month.

I really don’t have much to say about this picture taken mid-ride on Splash Mountain, other than I wish I was in that log with The Rock. Actually, what’s the deal with the guy in the back? Hopefully whatever The Rock is cookin’ is pungent enough to mask the smell of what he’s cookin’.

In case you have forgotten Yao exists, he does.

And he’s still over 2′ taller than Ice Skater Michelle Kwan. And he’s still in my top 10 favorite players of all time. Awkward picture, though.

One positive of the NFL lockout is getting to see what all the players do with free time. Carlton Mitchell has decided his time is best spent begging for change on a street corner. You have got to respect a man with such entrepreneurial spirit. At least he is offering something you cant get everywhere, like the freakin Contributor. (If you’re not from Nashville, you probably don’t get that. It’s a newspaper that is sold by homeless people for $1 on literally every street corner. And they’re starting to get creative. I saw one guy on a busy road median. However, from time to time I see men talking on their cell phones with headphones around their freshly shaved neck selling them. I don’t get it.)

Is there any walk of life Tiger Woods doesn’t offend these days?

This is how it’s done.