Skip to content
Let Me Be Frank With You
April 6, 2011 Frank 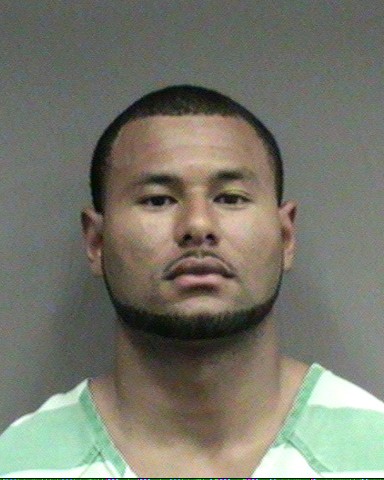 Man, this is embarrassing.

So former Florida Gator and current Oakland Raider Louis Murphy was strolling around Gainesville over the weekend and was . Pretty embarrassing, but you must remember he plays for the Oakland Raiders so he’s used to embarrassment. However, it gets a bit worse.

He was charged with possession of drugs without a prescription. Those drugs were Viagra pills.

Now, one would assume a young man in tip top physical shape wouldn’t depend on medication to…well…my family reads this site so I’ll stop there. It’s going to be hard for opposing fans to keep from heckling Murphy about this one. Dang it, poor choice of words there.

The Predators had a better shooting percentage last night than Butler did.

Here it is folks, my annual mention of that sport I don’t understand why is somewhat popular in America. Last night the Nashville Predators shot the ball puck 24 times and scored 6 goals. For those of you who are dumb and can’t calculate things, that’s a 25% success rate. The Butler Bulldogs, who I might remind you have been the best basketball team in America over the past two seasons (I’m technically right since they finished #2 in the polls both years), shot 18.8%. I don’t even want to talk about that game and waste any more of your life consumed by the fact that game existed. I also don’t know anything about hockey other than Wayne Gretzky was good a long time ago. So that’s that.

Even during interviews, John Wall has ice water running through his veins.

If there was any doubt this man is the smoothest mofo on the planet, it should be squashed now. It’s over. Done. Now, I’ve seen many a man take a fart with the utmost maturity, but this one takes the cake. A reporter creates flatulence, Mr. Wall takes note, gives the man a death glimpse, smiles for all of one millisecond, and continues with his response to the question asked.

I challenge all readers to find a better intro video than this.

I know, I know. I already mentioned hockey once this year, but whatever. This needs to be seen. This is the University of Alaska’s 2010 hockey intro. They spent far too much time and effort on this, but the end result is the greatest team intro I’ve ever seen for any sport.

You’ve probably already seen this video at least once. But I’m going to go ahead and ask that you watch it at least 1 million times today on every computer you come in contact with. This whole thing is pretty awesome and the fact Austin has made it to the top 250 out of over 70,000 and is one of the VERY FEW of the top 250 with a well produced video is just amazing. So watch it and get the view count up so that other dork with so many views on his video doesn’t win. He’s gay. I’m not going to link his gay video.