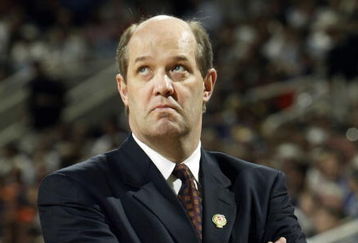 A successful acting career shouldn’t be grounds for winning SEC Coach of the Year.

In case you haven’t heard, Bill from King of the Hill, a.k.a. Kevin from The Office, a.k.a. Kevin Stallings of Vanderbilt has been named the SEC Coach of the Year. Nah, I wouldn’t want to give it to John Calipari who took an NIT team from last year to SEC Champions and number two in the country while starting three freshmen and a sophomore. They also beat Vandy twice. Coach Cal isn’t the only guy more deserving of the award, Bruce Pearl was snubbed too. If you remember, Tennessee knocked off both Kansas and Kentucky this year and are currently sitting at number 13 in the country. What makes this even more impressive is the fact that UT lost their best player in Tyler Smith and went through more turmoil than the Middle East and still managed to keep getting better. (I hate you Christina Aguilera. تعليم لعبة البوكر Why? Because I can’t say “keeps getting better” without singing that dumb Direct TV commercial that used to come on more than Nash Bridges reruns up in those random channels you never watch.) But yea, I guess a coach that led his team to finish EXACTLY where we all assumed they would while facing zero adversity deserved it.

This would be a good time to call “no homo”, Jim Tressel.

In an interview with gay magazine Outlook Columbus last month, Ohio State Head Coach Jim Tressel announced he would embrace an openly gay Buckeye. Jim said, “We try to tell our guys that an authentic you is the best you.” Unconfirmed sources claim Tressel then did the face you see above and ran around the streets of Columbus waving his hands in the air singing the Miley Cyrus hit single “Party in the USA”. Buckeye fans have understandably been holding their collective breath waiting for the two words that make everything ok, “no homo”. He has yet to call it. College football will never be the same.

Jason Kendall is so COLLEGE.

According to this report from Radar Online, Jason Kendall has a drug problem. No, not HGH, steroids, marijuana, cocaine, [insert stereotypical drug here]. Jason instead is hooked on the pill that got me and millions of college kids across the country (or UT, at least) through final exam week every semester in college, Adderall. (Did I just incriminate myself? Ahhh, who am I kidding? Nobody reads this post.). According to Dr. Haraszti, you know, ole Doc Harz,  “The players use this as a performance enhancing drug which allows them to concentrate better and also helps them to get over their grueling 162 game schedule they face during the season.” …And pass their final exams, right? Anyway, you go Jason, never let go of the college kid inside of you. I should rephrase that. But then again, nobody reads my posts.

Watch and enjoy. I’m teaching my wife to do this, no question. Now I just need to find a wife, or a girlfriend, or have a female talk to me. العاب ربح المال من الانترنت “You can’t have your hair a hot mess if you’re going to be on national TV.” Great quote. Mario hits the blocks with his hand, not his head. العب روليت اون لاين

If you’re like me, you grew up playing Mario Brothers on NES and always thought Mario hit the blocks with his head. He doesn’t. And the clouds are the same as the bushes.