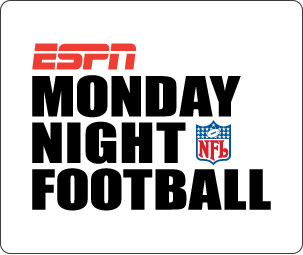 ESPN announced this week that on their Monday Night Football broadcasts this fall, Tony Kornheiser will be replaced by former NFL head coach, Jon Gruden. (Insert huge sigh of relief here) Don’t get me wrong, I love Tony K. He is hilarious on PTI. But apparently, that’s it. I found him very annoying and hard to watch on MNF. Not to mention the constant and extremely obvious tension between T.K. and Ron Jaworski. It was like listening to that snobby know it all kid who we all had in an elementary school class rant and brag about God knows what. After a while you just want to turn to him and tell him to shut the H-E-Double Hockey Sticks up! (Because we weren’t aloud to say hell back in elementary school)

Lucky for us, we won’t have to have that feeling this season. ESPN announced that they are no longer pardoning T.K.’s interruption. Instead, the Worldwide Leader in Sports felt that broadcasting the biggest weeknight in the NFL was Child’s Play. Jon Gruden will now be joining Mike Tirico and Jaws in the booth for the 40th season of MNF.

Now, I don’t want you to get the wrong idea with this post. I am a huge Tony K. fan. I watch PTI almost everyday and believe that he is not only hilarious but also a very very intelligent man. Everyone has their perks. Tony’s is PTI and obviously not commentating football. Don’t worry, there are other people in your same boat, Tony. You had a good run.

Now the baton has been passed to Mr. Gruden. Will he be a hit? Only time will tell. I’m not going to lie, I’m excited for the change. In fact, Jon Gruden was on my list.

“What list is that, Austin?” you ask with a curious smile on your face.

I’m glad you asked, because that’s what this whole post is about and I needed to transition to it somehow. The list referred to earlier is the list I started conducting last season while watching MNF each week. So without further adieu:

Voices I Would Rather Hear on MNF Than Tony Kornheiser

Vin Sculley
The man has a voice of an angel. An 81 year old angel. This guy’s voice is legendary.

Chalton Heston
A deep rugged voice that just has manly written all over it. I know he passed last year, but if we could just get some tape recordings of his voice and just play them in between downs, that would be awesome! He would turn broadcasting football into an art form. Just listening to his voice can put hair on your chest.

Yankees’ PA Announcer Bob Sheppard
At 98 years old, this guy still has got it going on. I wouldn’t mind him talking a little football with the boys in the booth. The only problem would be trying to explain to him that there is no DH in football.

Chewbacca
Tirico: “Michael Turner breaks this run open for a gain of 24 yards. What happened on that play, Chewy?” Chewbacca: “WAAAAAAAAAHHHHHH!” Tirico: “Thanks Chewy! 1st and 10 now on the 33 yard line.”

Bobcat Goldthwait
This guy has got one of the nastiest and most annoying voices in the history of the planet. However, I just want to show you all how adamant I am about having someone other than T.K. in the booth while I watch MNF. Ok… Actually the more I think about it, the more I regret this decision. There is no way I could listen to this for 4 quarters of a football game.

Mark Wahlberg
I just like to hear this guy talk. Plus, in between the analysis he makes, he’ll tell you to say hello to your motha’ for him.

Screech
If Screech ever says anything really stupid, Tirico and Jaws could just look at him and say, “Oh Screech!” And then the scene changing music will play and we all move on to the next play.

Gilbert Gottfried
I’ll admit, this guy has an annoying voice. But how funny and ironic would it be if he read the ‘Aflac Trivia Question’ each night? I would enjoy it.

Stewie from Family Guy
Who doesn’t like it when Stewie talks. His overly abundant vocabulary for a one year old, his outrageous plots to take over the world, and his subtle hints of being gay would all factor in to one enjoyable game of Monday Night Football.

Farmer Fran from The Waterboy

I enjoyed watching this guy for not only all of The Waterboy but also in his small part in Joe Dirt. Guy likes to see homos naked, that don’t help me.

If anything were to happen with Tony’s job on PTI, I would raise hell. There is nothing better than the Michael Wilbon – T.K. relationship on Pardon The Interruption. However, the bickering between Jaws and T.K. just wasn’t enjoyable or amusing. Bring on Gruden and let’s get this NFL season started already!

One thought on “Kornheiser Out”