Let me start this by saying Jeff Passan is the man. He’s one of the best, funniest, and most self-aware writers/reporters for any sport right now. Oh and he’s really, really good at his job too. I’ve had the pleasure of interacting with him both when I worked for Jim Rome and when I worked in the baseball-mecca of St. Louis. He’s a genuine dude who cares about people and his mind for baseball is impeccable. He literally has the whole package. Plus, I doubt Bob Nightengale’s Elmo impersonation is even close to Jeff’s.

I may take some shots at Passan in this forthcoming piece, but they come from a place of love and jest. Plus, the dude competed in Jim Rome’s Smack-Off. I know he can take the heat.

If you’ve seen Jeff on ESPN since he made the jump from Yahoo, you know that he’s held true to the writer/reporter code, by doing all TV hits in front of a bookshelf. A nicely organized bookshelf I might add. In fact, almost too nicely organized. Well, that’s because it wasn’t a bookshelf at all, but rather a pull down screen, like a world map in your high school geography class. He shows it off in this video here:

Jeff has been hinting at the idea of a real bookshelf coming soon for a while now, but like any true American, he keeps telling himself he’s going to tackle projects around the house during quarantine, but just doesn’t. I respect that. Plus, those reports about MLB owners failing to even counter-offer the players’ proposals weren’t going to report themselves.

However, today Jeff tweeted a screenshot of a live-hit he did in front of a better graphically-designed screen an actual bookshelf?! He did it. The son of a bitch actually did it. So let’s break this thing down. الروليت العربي

I’ll be honest, it’s a bit cliché, Jeff. What? Couldn’t find an old ball resting gently inside a weathered leather mitt? We get it. You’re a baseball writer.

My guess is he has this bat up there for one of 3 reasons:

Oh, look at me, I’m Jeff Passan. I own books! Me is the most smart guy ever. We get it Jeff. You’re not just a writer. You’re not just an author. But you’re a reader too. Jeff is the guy who walked out of Moneyball and his first words were, “The book was better.”

I can’t make out the name of the books exactly, but I can tell by the thickness alone that none of these are written by R.L. Stine or Matt Christopher. And unfortunately I fear none of them are even Animorphs books. Meaning, Jeff reads big boy books only. Sorry, Bearenstain Bears. Jeff only has time for books like The Letters, Inside Game, and… wait, is that ANOTHER copy of The Arm?

He’s already got his shameless plug display copy of The Arm in the lower right hand corner. Now he’s using another copy to make it look like he owns more books? Nice try, Passan, if that is your real name.

You’d never see Bob Nightengale shamelessly promote the books he’s written. Sure, he’s never written any, but so what?

(That said, I also own books, including The Arm and I highly recommend)

Rage Against The Machine? Ok, that actually checks out. I could totally see Passan as an angsty teen growing up trying his hardest not to conform to the system in his suburban bedroom.

There are a lot of white dudes who pretend to know hip-hop. They’ll name-drop popular artists just to come across as cool. “2Pac is my favorite rapper!” “I love Ice Cube’s old work!” “Biggie Smalls is my favorite rapper and oxymoron.” Jeff looks like one of those white dudes. He looks like the only time he’s ever said the words “Wu-Tang” is when he’s verbalizing his excitement while his mom pours him a breakfast drink.

Even that face screams, “No, I promise! I thoroughly enjoy the Wu-Tang fellas! كيفية لعب بلاك جاك ‘

However, I can in fact, say that album cover might be the most authentic piece of this entire bookshelf ensemble. Jeff is one of the rare few who knows Wu-Tang inside and out. What Jay Bilas is to Young Jeezy, Passan is to the Clan. His name entered into the Wu-Tang Name Generator is Vizual Leader.

I find it odd that the Rubix Cube placed directly next to the books isn’t solved as simply another flex to show off how smart Passan is. However, maybe the design that he made is some sort of sign. A hidden message. The cube looks a lot like the New Mexico state flag.

Maybe Passan’s trying to tell us something. Maybe if baseball sees some sort of COVID-spike, that’s where they’re moving their “bubble.” Or maybe Jeff was born in Roswell, which explains why his head is too big for his body… like an alien. Or maybe it’s there because the New Mexico state flower is the Yucca… short for “Yuccan suck my white ass, Bob Nightengale!”

Is it just me or is this sign facing the wrong way? Shouldn’t it be facing him? A sign facing the audience should be an applause sign, no? Am I thinking way too much in to this piece of decorum? Probably.

Although, the funniest thing would be if it was “Bob Nightengale Jinx” sign.

That thing would always stay lit.

In case you guys forgot in the last 30 seconds what sport Jeff writes about.

I actually respect the hell out of this play. Jeff grew up in the video game generation, and while our parents tried to tell us that playing too many video games will make fat or blind, Jeff is here to prove it did neither. He’s skinny, successful, and can see well (I assume). So he’s rubbing it in every parent of the ’80s and ’90s faces by displaying it proudly behind him. Well done. And in case you’re wondering what games he has stacked up – because let’s face it, that’s more important than the books he has:

Not a bad list at all. Only one I’d maybe add is Paperboy. But honestly, I’m just surprised he didn’t have a video game adaptation of The Arm in there.

Kudos to Jeff for finally getting a real bookshelf. In an odd way this kinda feels like the end of Pinocchio. I look forward to see more of him yapping it up about (ACTUAL) baseball in front of this thing on SportsCenter. Congrats, Jeff. And keep up the damn fine work.

Also, there’s not a chance on earth Passan’s wearing pants in that pic. 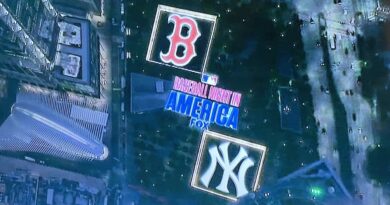