This is a new recurring post that I would like to bring to Korked Bats. It’s called Huff n’ Fluff (the name may change because its kinda gay) and in it I will take recent sports news and just make some jokes about each one.

So without wasting any more time, let’s bring on the Fluff… 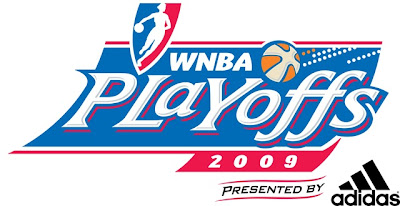 The WNBA season is about over and they are in their Finals. You guys probably care more about when the next World of Warcraft Lan Party is, but just keep reading.

Last night was Game 1 of the WNBA Finals with the Indiana Fever beating the Pheonix Mercury. It was actually the highest scoring game in WNBA History, 120-116.

What did the girls do after the big win?

They went home and made their husbands dinner.
• • • 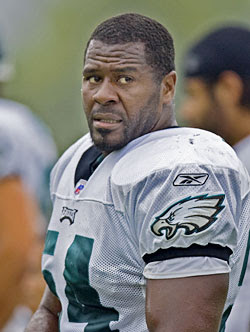 The Eagles signed linebacker Jeremiah Trotter yesterday. You guys remember Jeremiah Trotter don’t you? He hasn’t played since 2007 and is making his third stint with the team.
The Eagles announced that they only signed the aging veteran to bring more publicity to the team by starting a reality show called, “Welcome Back Trotter“.

If you don’t think that’s funny, then “Up your nose with a rubba’ hose!“ Don’t get down about losing your job, Jeff. I heard Bod Man Fragrance Sprays are looking for some guys for their new commercials.

It’s alright Jeff… Your stint with with the Eagles lasted longer than most of my relationships with girls.

And probably longer than Khloe Kardashian and Lamar Odoms marriage. So hold your head up high.

Plus, this gives Jeff a chance to get with more NFL teams than Jessica Simpson.

Tim Tebow? More like Tim Teblow To The Head!

or the Tim Teblow Heard ‘Round The World!

In my eyes (and probably the eyes of every other SEC team), Kentucky won that game. ESPN about crapped their pants when Tebow went out. Any season ending injury for Tebow means hours worth of material that they need to find to fill time on their station with.

Side Note: Does Kentucky ALWAYS run the Wildcat Offense?

The Browns announced today that they are switching starting quarterbacks.
Brady Quinn is now benched and Derek Anderson will start Sunday against the Cincinnati Bengals.

That’s it for the first edition of Huff n’ Fluff. If you have any jokes or comments about any of todays news topics or any other news topics from around the sports world, share them below in the comments section. We would love to hear from you and we may use some of your material here on the site.

Also, we are looking for ideas of better names for these Huff n’ Fluff posts.