Like every other red-blooded American, I spend the majority of my weekends either watching football or playing video games. However, with all my expertise on the subject of college football (which is none), I still have absolutely NO idea who is going to win the Heisman this year.

All the so-called experts out there are throwing names out like Mark Ingram and Jimmy Clausen, but I have come to the conclusion that there really is no great candidate this year. However, using my spectacular football insight (which again, there is none), I am pretty sure I know who will NOT be heading to NYC a month from now… And away we gooooooooooo!
2009 Heisman Trophy Candidates 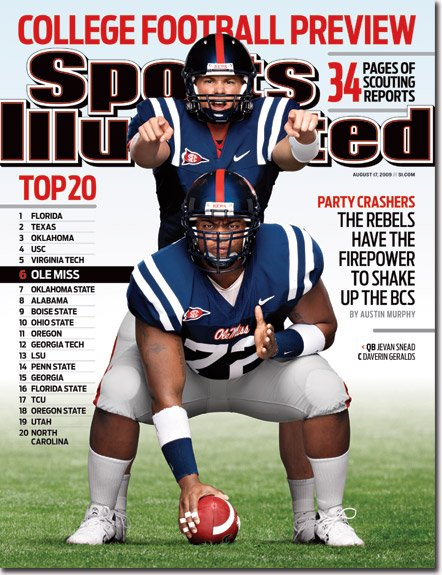 Jevan Snead
Haha, this Christopher Street Boy was actually a preseaon pick to win the thing. That was almost as smart as putting Tennessee in the Top 3… :-( . But seriously, the best team he actually beat this year is a fallen apart Arkansas team. Oh yeah, don’t forget about his sweet 6.6 QB rating against Bama. He is an overrated quarterback from an overrated team. Sorry Ole Miss, Jevan Snead will not be winning the Heisman due to his infamous choking abilities.

Boobie Miles
“If you want to win, put Boobie in.” Boobie was supposed to have such a great season but he was never able to come back from that ACL tear. If only your coach would’ve let you sit a couple plays. Damn you, Billy Bob Thorton!

Vince Young
Vince will probably get gipped out of the Heisman again thanks to some clause in the rules about no professionals can win it. But who cares, VY is undefeated this season! Suck it Leinart!

David Blaine
He tried to use some of those crazy street magic tricks to win a few votes, but luckily all the other voters realized that he is still just some creepy guy with facial hair and CHEEZ-ITs.

Johnathan Crompton
During lunch one day his freshman year, Johnny Boy told the team that in 4 years he would win the Heisman. Well, this may have been the case if you could have started playing football in Week 1 instead of Week 6. But hey, at least you are better than Jevan Snead.

Austin Huff
Those out in CoMo may have think that the Dark Horse candidate got screwed this year, but ole A-Huff decided to hang up his cleats to write some stupid sports blog. But #32 will always be #1 in our hearts. No Homo.

Just like every other analyst out there, I have no idea who is going to win this thing. It’ll probably be the Gay-tor again, but if things went my way, we all know who the winner would be.