After yesterday’s altercation between Los Angeles Dodgers’ minor league catcher Miguel Olivo and second baseman Alex Guerrero, which led to Olivo biting off a piece of Guerrero’s ear, the Dodgers were forced to update their team’s safety sign. 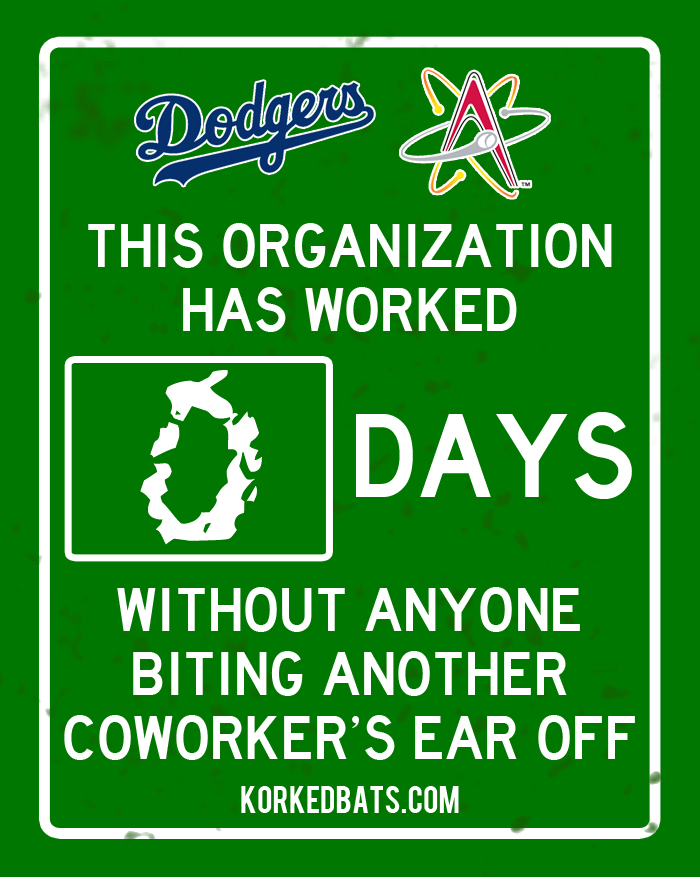