The Cleveland Browns clearly have a lot of time on their hands, especially with all the “not keeping tabs on Johnny Manziel” that they’re doing. So why not photoshop players faces onto movie posters to get fans excited for the upcoming Browns season?

However, it appears the Browns marketing department is no better than the Browns football team, because they chose posters of movies with plots where things go terribly wrong. Every movie they chose was either a disaster movie or had horrible things happen in the film. Allow me to explain further. 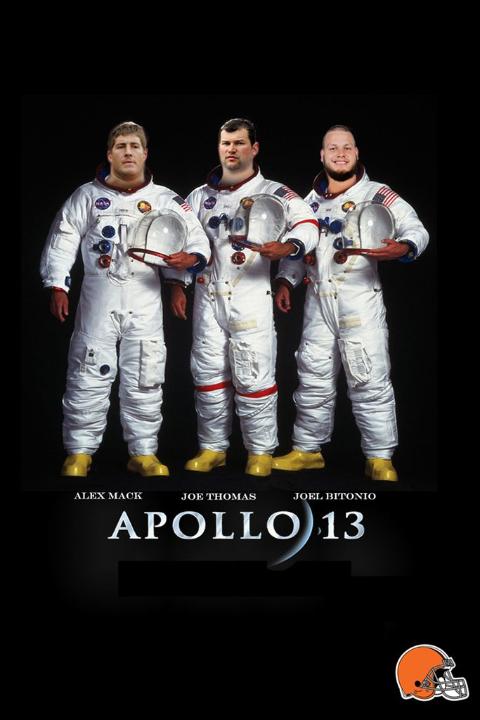 Apollo 13 is about the NASA mission to the moon that failed miserably and it took a miracle just to get the crew home safely. Although, I guess a movie about astronauts who never made it to the moon is perfect for football players who will never make it to the Super Bowl. 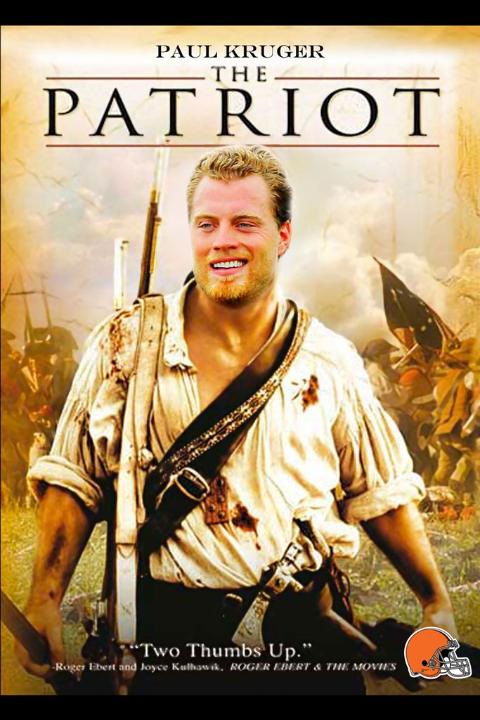 Mel Gibson plays Benjamin Martin, a now peaceful farmer and widower who was once deemed a hero in the French and Indian War. Martin has two of his four sons murdered during the movie, both of whom literally die in his arms. You could also hold him responsible for an entire town getting locked up in a church and burned alive. On top of all that, his youngest daughter won’t speak a word to him. Considering it’s a movie about the American Revolution, yes, it has a happy ending, but man, oh, man, there is a lot of pain and suffering in this movie… Which, I guess is equivalent to a season of Browns football?

Plus, this movie shares the name of a fellow AFC rival. But it’s whatever. 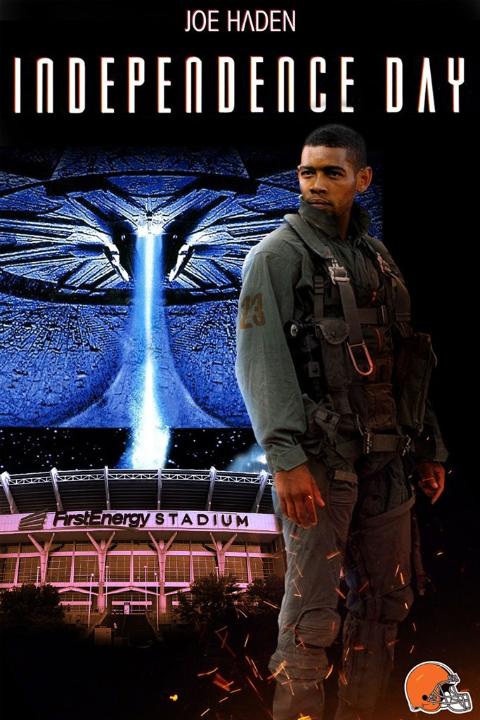 Also, why would the Browns photoshop the alien spaceship blowing up their own stadium? That’s pretty morbid, even for you, Browns. Why not have it blow up Heinz Field? It worked for Bane. 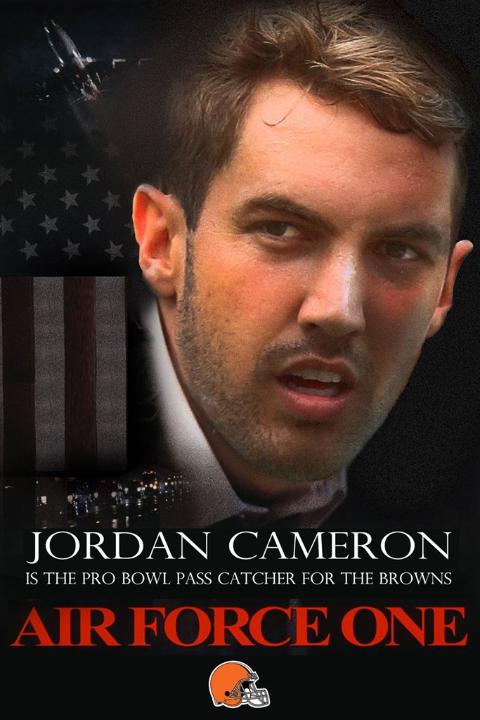 This movie’s plot is all about our nation’s most secure airplane with our Commander-in-Chief on board getting hijacked by terrorists. Yup. That sounds pretty Browns to me. 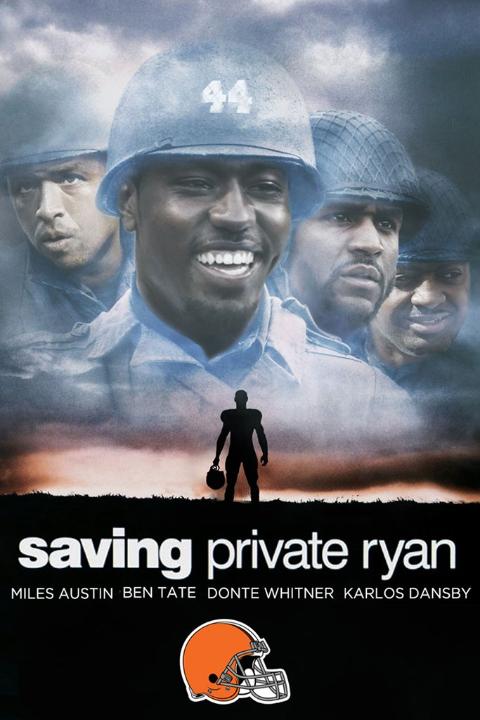 This is another dark movie that includes a lot of death. Three of four Ryan brothers have died in World War II, and their mother is set to receive all three telegrams on the same day. So, the U.S. Army assembles a team to find the surviving Ryan brother and bring him home to America. The Browns should know first-hand why this choice of movie poster is troubling. No one in the NFL wants to be associated with a Ryan. 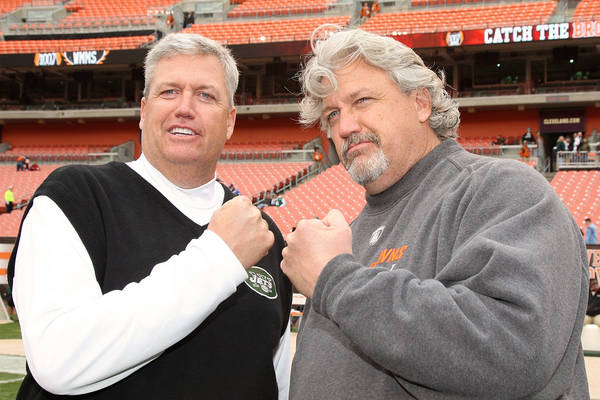 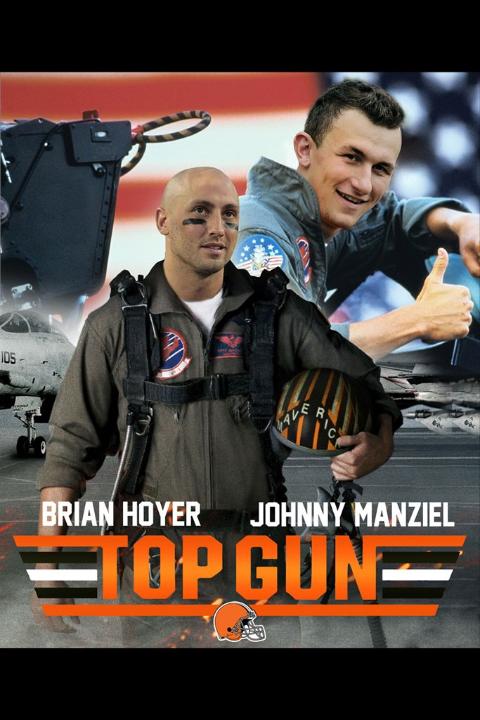 The caption on the Browns website for this movie poster reads:

First of all, why is there a question mark after the word Browns? It’s like whoever wrote this caption knew the word “Browns” didn’t belong in the same sentence as the words “competing” and “air attack.”

Second, casting Hoyer and Manziel as Maverick and Goose means Manziel is going to die… which… actually… with all of his weekend partying lately, that sounds about right. This one fits perfectly.

Here are some other movies that would be perfect for the Browns franchise:

Cool Runnings: They crash at the end and don’t win.

The Break Up: This movie doesn’t have a Hollywood ending, and it’s pretty depressing to watch.

Horrible Bosses: You never would’ve guessed, but this movie is about horrible bosses. (read: The Browns’ front office)

The Sixth Sense: He was dead the whole time!