Roll with us here.

I should take it back one step further.

She’s been really sweet to you lately so you want to take her somewhere really romantic.

Lovers lane? The drive-in? The mountain bluffs overlooking the city?

The middle of the street amidst a Canadian riot.

Is that not a good idea? Because it seemed to have worked pretty well for Austrailian Scott Jones, a Vancouver resident. Don’t believe me? Look:

In an interview with the Toronto Star, the girl in the photo, Alexandra Thomas, Scott’s girlfriend, said, “When I saw that picture I couldn’t believe it and then I looked at it more and realize it’s quite artistic and really something beautiful.”

Beautiful? Well, I guess now that you mention it, this event seems straight out of a Shakespearean novel. Wait. No. There is a riot going on around you. People fighting, breaking windows, turning over cars. And you and your horn-dog boyfriend are sucking face out in the middle of it all. What about that is beautiful? 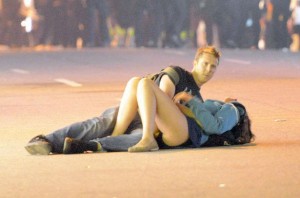 Jeese, Alexandra. It doesn’t take much to win you over.

Hey Scott, if this event won her over, you should think about taking her out to an MMA event, a shooting range, or Gary Busey’s garage. She’ll think you’re the greatest boyfriend ever!

I apologize if I’m being too harsh. I’m just tired of Alexandra and Scott finding any major event to make out at. I mean it. This isn’t the first time these two “make love, not war” birds have made out in public during a historic event. Allow me to explain. 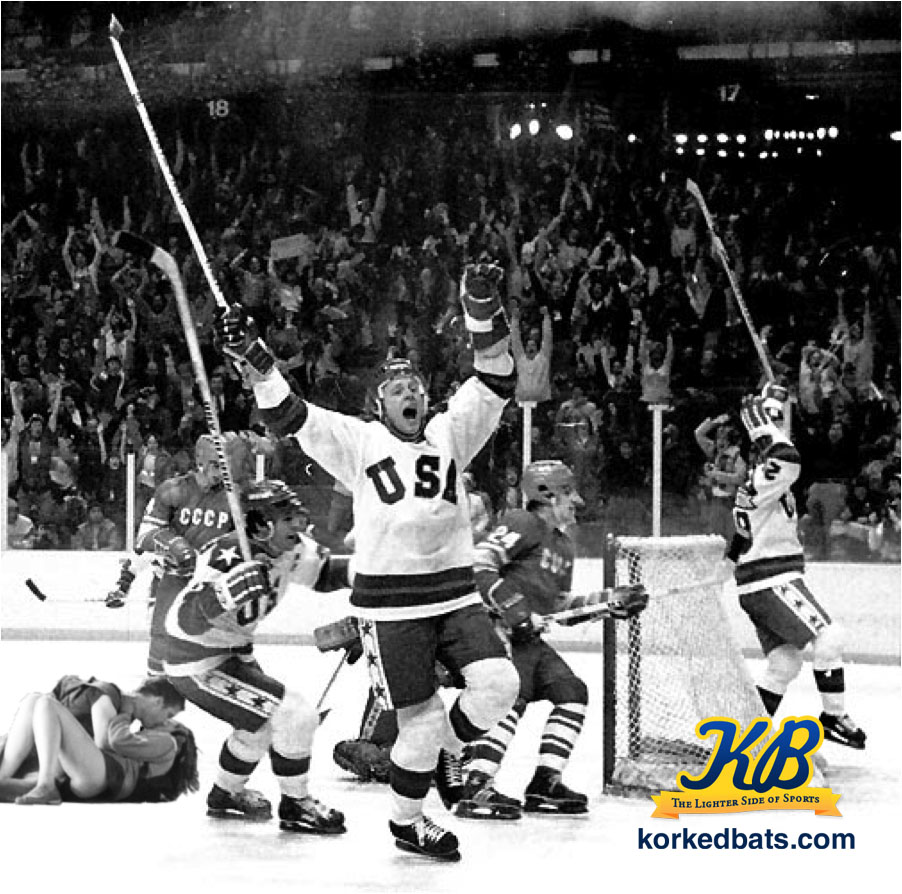 Sports fans across the country refer to this day’s Winter Olympic Gold Medal game as “The Miracle On Ice.” Well, ironically, that’s what Scott’s friends call it too because this was the makeout that kept Scott and Alexandra together. This game came a couple nights after their worst date ever. What happened was Scott rented out the top of the Eiffel Tower in France. He orchestrated a nice candlelit dinner prepared by Europe’s top chefs and had Peter Frampton gently play his guitar while they ate. Doesn’t that sound lovely? Yeah, maybe to any normal human with two X-chromosomes. But you’re forgetting Alexandra likes violence and mayhem. So Scott made up for his fatal error a few nights later. By making out with her in a hockey rink during one of the biggest upsets in sports history. 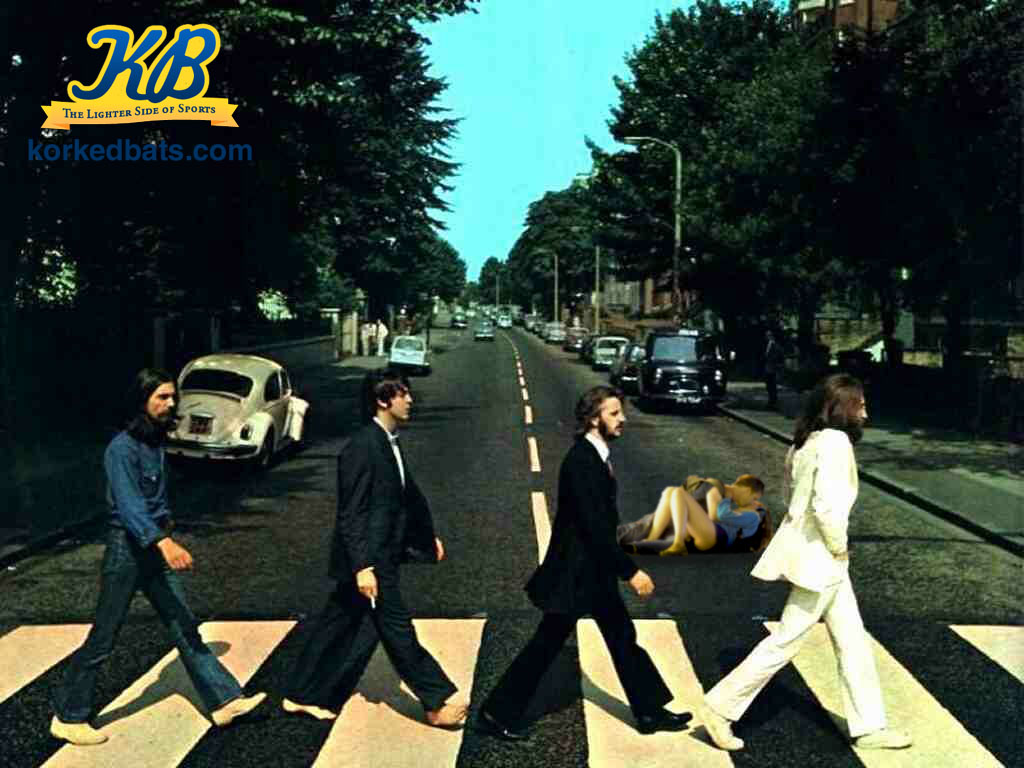 The Beatles were running late to a recording session in North London. “Why?” you ask. Because when they were crossing Abbey Road, they noticed a couple making out in the middle of the street. And let’s not kid ourselves, when you see people making out in public, you’re not going to carry on your way. You have to stop and cheer the guy on. It’s protocol for all men, and that’s exactly what John, Paul, George, and Ringo did. It’s a little known fact that The Beatles Abbey Road album was almost never made due to their tardiness that day. Also, the guys in the band wanted to name the album “Random Couple Making Out On Abbey Road,” but record executives didn’t feel like that was a catchy name for a record album. 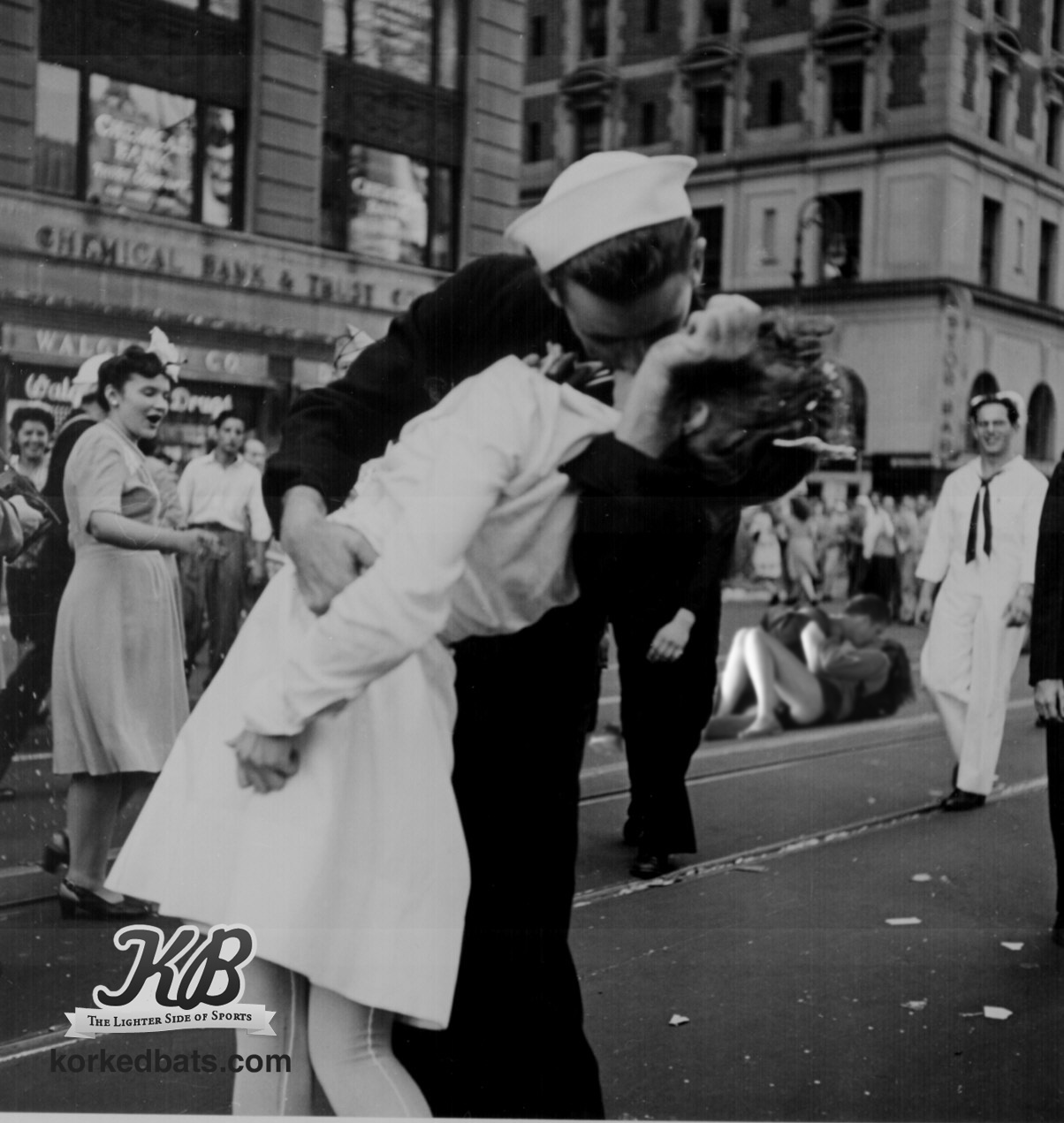 To be honest, I really can’t blame Scott and Alexandra for making out in Times Square on Victory Over Japan Day (or V-J Day), everyone else was doing it. 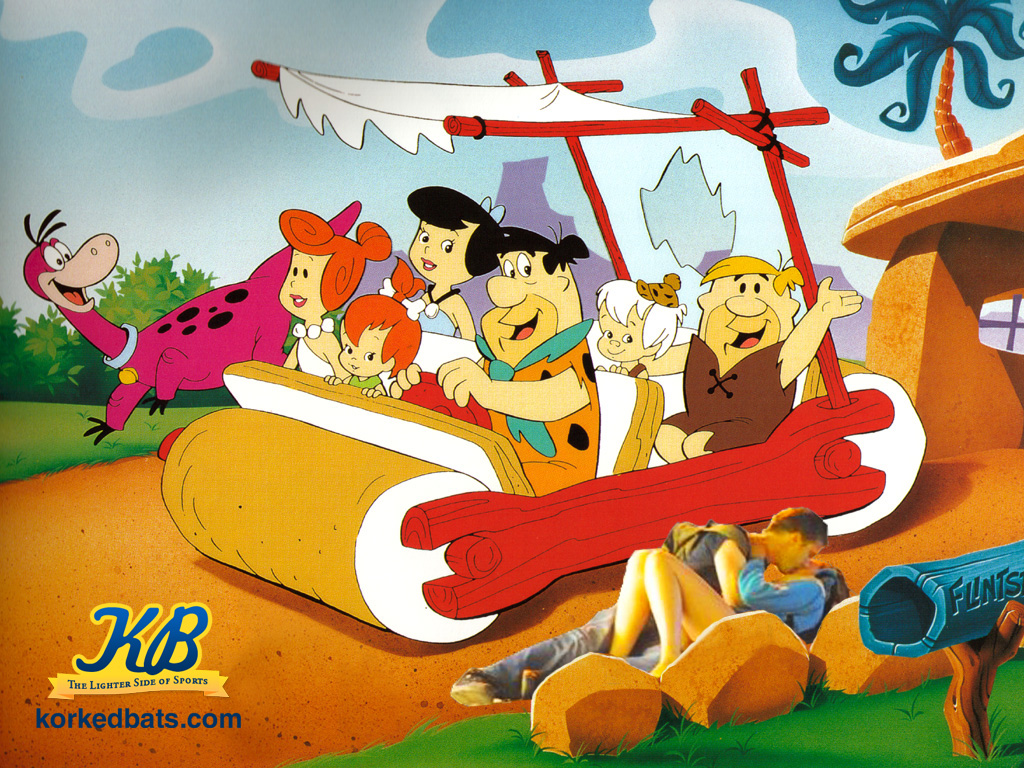 Let’s be real, this is a yabba-dabba-DON’T. Scott and Alexandra snuck on to the set of the first ever reality TV show, The Flintstones. The couple began making out on the family’s driveway in suburban Bedrock. Shortly after this photo was taken, Fred Flintstone proceeded to get out of his car and beat the crap out of Scott. Well, this obviously only got Alexandra more turned on and she proceeded to carry the injured Scott to the nearest Motel Slate. Then they went to Bedrock, if you catch my drift. Or if you catch really horrible attempts at puns. 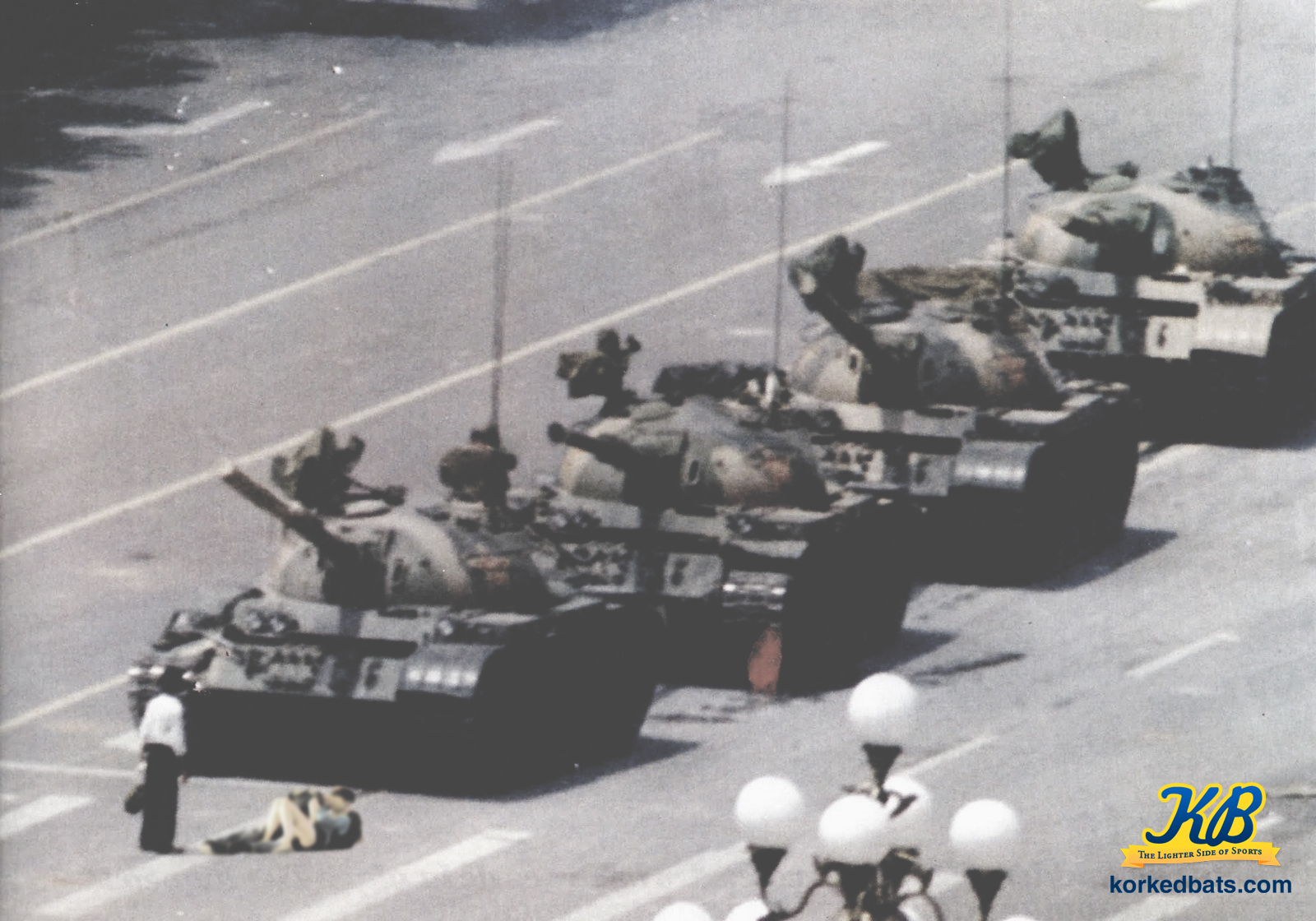 You may recall the protests at Tiananmen Square in Beijing in the late 80s. A man stepping in front of a line of tanks to prevent them from doing… tank stuff, I guess. I don’t know. However, what many people don’t remember about this historical event is that this man saved Scott and Alexandra’s lives by stepping in front of that tank. You may be wondering what the couple was doing making out there at that time. Hello?! It was a protest with public turmoil. You think they would miss out on a primary moment to hook up amongst all that? 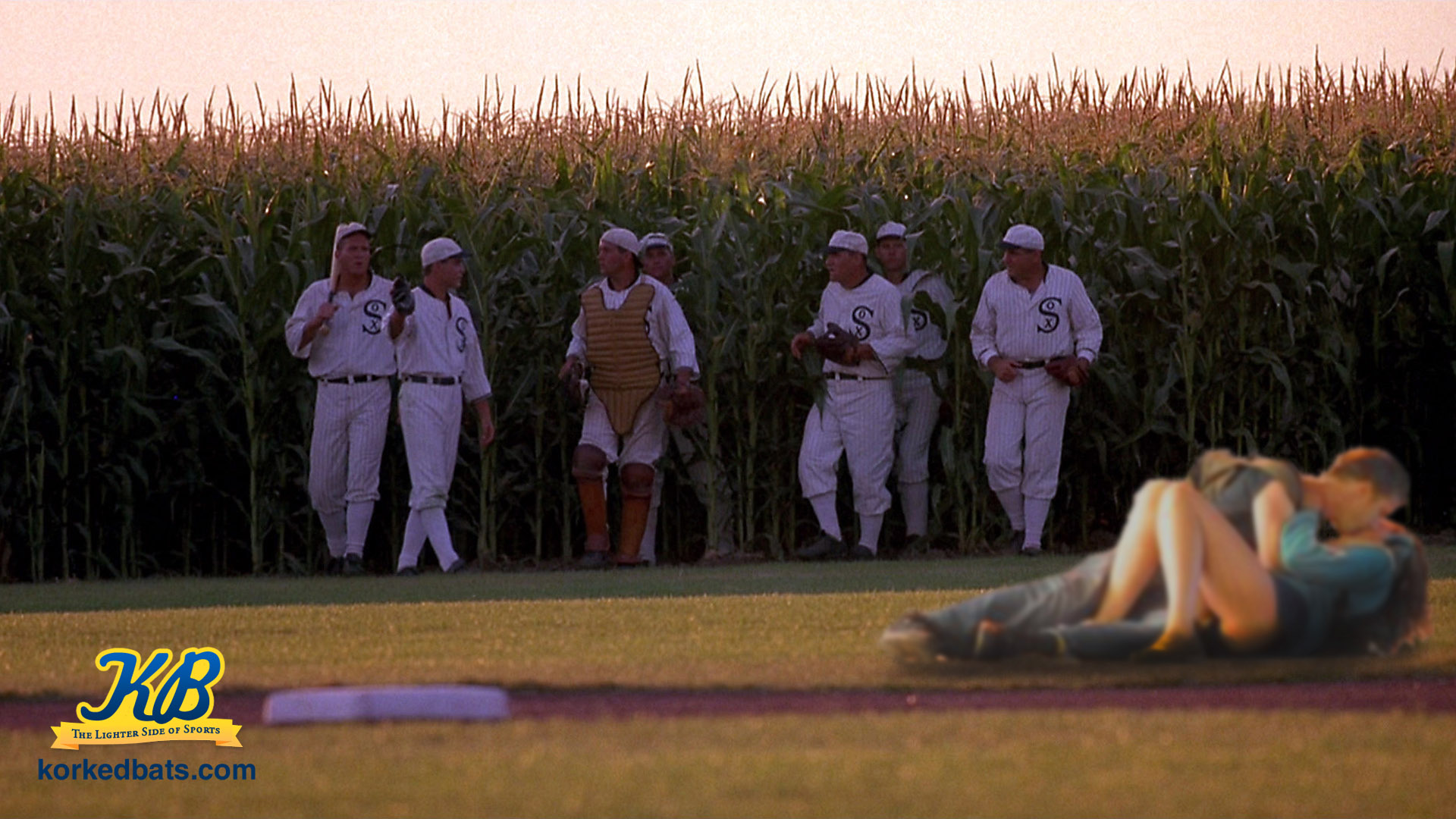 During an early evening in heaven Dyersville, Iowa, the 1919 Chicago White Sox arose from a corn field to play a pickup game of baseball on Ray Kinsella’s randomly built baseball field. However, on this particular night, the boys noticed a young broad wanting to “go the distance” in an attempt to “ease his pain,” because “if you build it…” You know what, you get it. 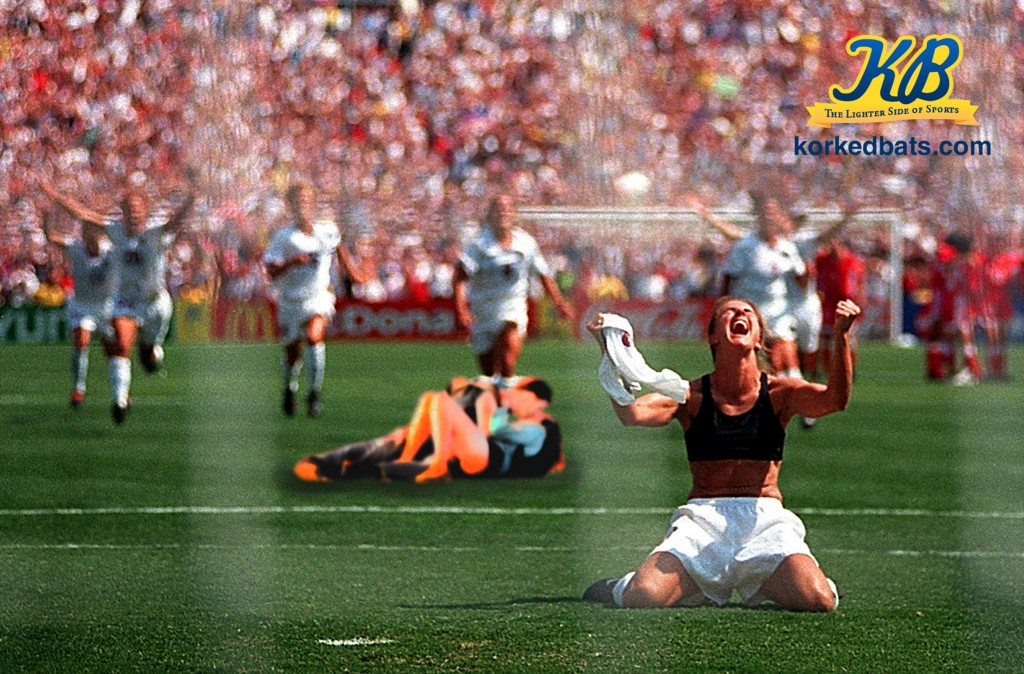 Brandi Chastain had just kicked the fifth and game-winning goal in a shootout to beat China in the 1999 Women’s World Cup Championship Game.

…And I’ll give you one guess as to who missed it. 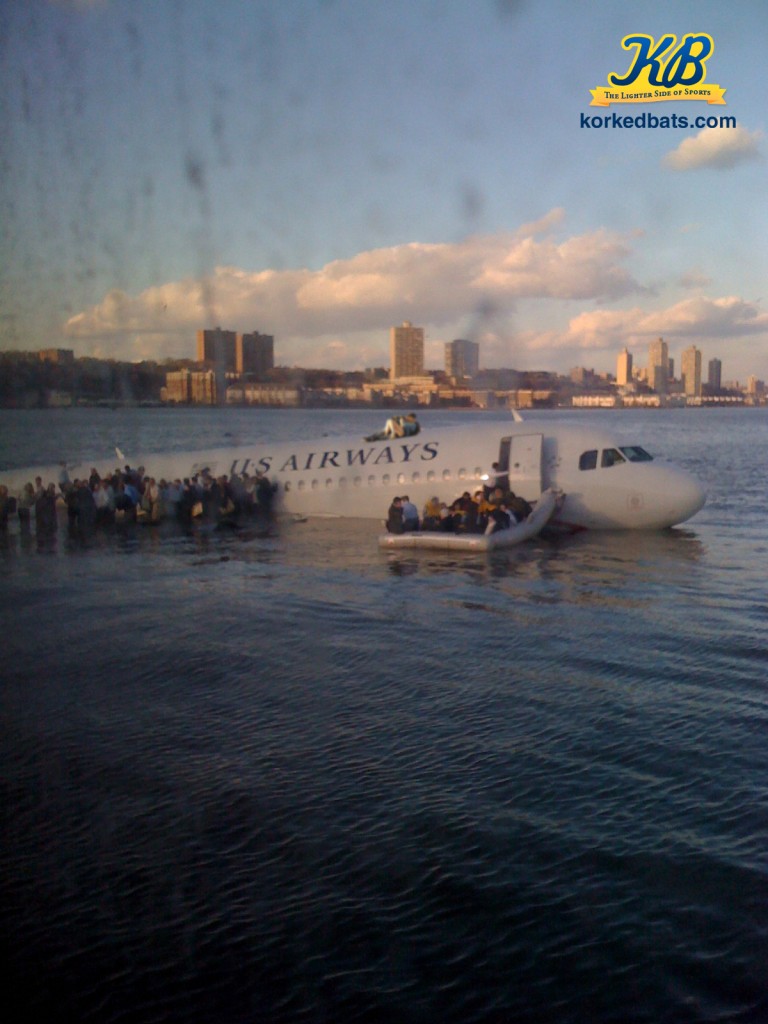 U.S. Airways Flight 1549 was taking off from New York when the plane ran into a flock of geese nearly crashing. Thankfully for Captain Chesley Sullenberger the crew was able to land the plane safely in the Hudson River without any deaths. The entire plane was able to evacuate safely… including two Mile High Club wannabe members, Scott and Alexandra. After exiting the plane, the couple jumped up on top for a congratulatory near-death make out.

I guess we can’t be too upset with them for this one. 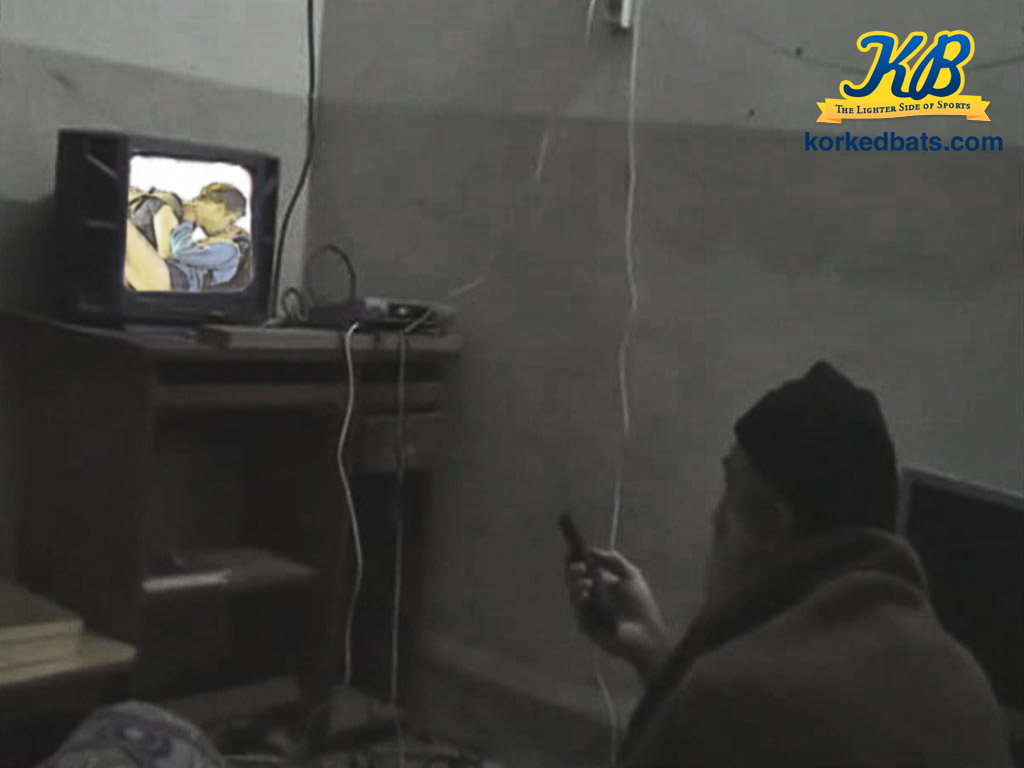 Al-Quaeda leader and notorious terrorist Osama bin Laden is sitting at his home in Abbottabad, Pakistan enjoying some late night television. He was flipping through the channels before finally stopping on what he thought was the Oxygen Network airing The Notebook. Again. To Osama’s surprise, for the first time in his life, he was having difficulty quoting some of the lines from his all-time favorite rom-dram. It wasn’t until right before the third commercial break that he realized the movie he was watching was not the adaptation of a Nicolas Sparks novel. No. This was a new love story. A love story of a Australian boy and a Canadian girl who loved making out in the most awkward and inappropriate of times. A love story that Barack Obama had streamed into bin Laden’s house to distract him while Seal Team 6 moved in to go Scarface on the American enemy. And BOOM! Just like that, ding dong the terrorist is dead (to the tune of Ding, Dong, The Witch Is Dead)!

So there you have it. A list of the many events Scott and Ashley crashed because they love PDA just as much as they love public turmoil and triumph. But seriously guys, give it a rest. We’re getting tired of seeing that. I mean, c’mon, your lips have got to be at least chapped by now.

0 thoughts on “A Makeout Riot”