NEW YORK CITY- The New York Yankees announced today the purchase of fellow American League team the Houston Astros to a minor league deal pending the physicals for all involved.”We felt this would save everyone in our organization a bunch of time if we just went ahead and signed in bulk rather than individually,” Yankees GM Brian Cashman said. “If anything, we’ll find one decent player in the pack. I mean, there has to be at least one good player there, right?”

The deal, which includes all players, personnel, and stadium was priced at around $12,000 for 6 years not including the Groupon the Steinbrenner’s had. “I saw the Groupon online and just had to jump on it,” Yankees Owner Hal Steinbrenner said. “The Groupon lowered the price to $10,000, which in comparison, is what we pay A-Rod for every breath he takes.”

Astros Owner Jim Crane went on to say that while the team will be under the Yankees umbrella for the next 6 years, fans need not worry about seeing their favorite team play. “The Astros will still play games here in Houston, but we will play teams more our speed. Like single-A and double-A teams, so fans might actually get to enjoy some Astros victories every now and then.”

Astros Manager Bo Porter said this is a great day for his current roster. “We have a great group of guys and one woman, who I feel can help the Yankees win another title! We have that one kid at 2nd, old ‘What’s His Face’ out there in left, and that fast dude who owes me $5 in center.” Porter later confirmed he wasn’t doing an Abbott and Costello routine, he just simply couldn’t remember anyone’s name. 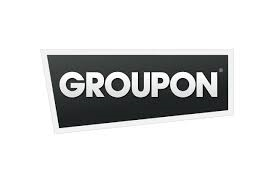 Yankees GM Brian Cashman said he was shocked by the ease of the deal. “I figured there would be some resistance from [MLB Commissioner] Bud Selig, but he apparently already thought the Astros were a minor league team, so it wasn’t really an issue.”

While most teams would consider buying an entire franchise an end to their free agent spending, Cashman and Steinbrenner say not quite yet for the Yankees. “We still need 2 more quality starting pitchers. We plan on contacting the Blue Jays about renting them for a season or two.”