Skip to content
Nothing to do with sports Satire The Ladies Room
August 8, 2011 Erin 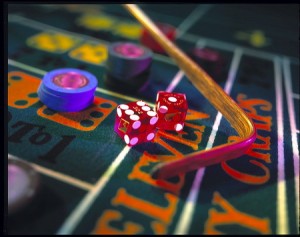 I have to tell you a story.

Austin didn’t want me to talk about this, but after the last argument we had over the “Oregon Ducks not being a real threat to any team that plays football in the southeast region of America at all, including his own high school team, even with one hand tied behind their back,” I was ready to throw down.  How about this Austin?  Huh?  How about THIS.

This story starts back in November, 2010, when Austin called an emergency Korked Bats meeting.  There was no hiding that something was wrong.  We knew that the only thing Austin hated more than meetings was Chris, so there had to be a good reason that we were all being called into the same room.  During this time I was still just known as the ‘receptionist’ so I was in charge of taking the meeting minutes (I’m still in charge of meeting minutes, because I just do such a good job at them).  Usually I would just play hangman with whichever boy was the farthest away from Austin, but not this meeting.  This meeting started with Austin handing each of us tickets to Las Vegas.

While we were jumping up and down, Austin looked like he was coming down with scarlet fever before our very eyes.  With me being a very perceptive person, I stopped doing the running man long enough to ask Austin if there was a catch or if this was a prank or if this was some sort of time share thing that would make us wish we were dead in a place that people mostly came for a nice vacation.  Austin explained to us that we were out of money.  That’s right.  Out of money.  Rent was due for our office and, surprise, all we had was a refrigerator full of oatmeal cream pies.  This would not be what Jerry was expecting for rent this month.

What was Austin’s bright idea?  Vegas. (He doesn’t always come up with logical solutions.)  I didn’t have the heart to tell Austin that they actually have casinos in Kentucky, a place that wouldn’t have cost us our last two thousand dollars in air fair.  I really wanted to go to Vegas.  I had always wanted to gamble for a good cause and we had to win our office back.  I knew we couldn’t go back to Austin’s basement.  That place smelled like Austin after fourteen hours of flag football and AXE body spray.

Because we knew that we only had 24 hours to raise enough money to save our office, we did put our game faces on.  Now even though I am telling America this story out of mild hatred for Austin’s sports politics, I have to do what the lawyers have said.  So, from the airport the lawyers have instructed me to tell you about all the fun we had going to a few comedy clubs and laughing our butts off.  Then after that, how much sun we soaked up and about the beautiful gondola ride in that Paris part of Vegas.

We did end up making our way back into Austin’s basement because we were unable to maintain Jerry’s rent expectations.  When God closes a door he opens a window, so that we don’t have to smell so much sweat and AXE.

There you go, Austin.

The world now knows about how your basement smells and that you make poor financial decisions.