The Nashville Predators picked one hell of a year to get swept in the playoffs for the first time in franchise history.

But I guess it’s pretty much on par for the way Nashville sports have gone this year. I mean after the Titans nabbed the #1 seed in the AFC, they went one and done in the playoffs. Meanwhile, the Predators far exceeded expectations this year only to poo-poo the bed in round one against the Colorado Avalanche.

If there was ever a year where Titans fans needed a deep playoff run by the Predators to distract themselves from the Titans brutal loss to the Bengals in the divisional round, Tannehill’s hashtag ads on Twitter, AJ Brown’s deleted tweets, AJ Brown’s trade to Philadelphia, Derrick Henry’s lack of workout videos, Treylon Burks not being able to make it through the first day of rookie minicamp, Tannehill not wanting to mentor Malik Willis, the cannibalization of Titans fans on Twitter, Ryan Tannehill just being alive, etc. it was this year. But instead, the Predators were the first team bounced from the playoffs and now it’s led us to a toxic experience online among Titans fans, which leads to tweets like this.

Now, this take was quickly squashed as it is quite the reach.

See what I mean? Just been that kind of offseason this year.

So while you want to blame anyone in two-toned blue (especially those named Ryan), I prefer to blame the team in town in gold. I love you, Predators, but your timing couldn’t have been worse. Nashville needed a distraction (one bigger than soccer – no offense, MLS… but keep doing your thing, Nashville SC, you’re awesome) to distract us from the disappointment of one of the most promising playoff runs in recent Titans history. But instead, we got literally nothing, and thus, it has led to us Titans fans eating each other like the Donner Party.

And sure, the Preds not only bringing back head coach John Hynes, but giving him a two-year contract extension after the franchise has gotten worse every single year in the playoffs for the past 5 years will help with the Titans fan disdain a bit – because it causes Predators fan disdain – but disdain is still disdain.

Nashville needs something good to distract us like a laser pointer distracting a cat. At least until Week 1 of the NFL season. But instead, we’re still more than 100 days away which means, this long offseason will only continue to get longer. Here’s hoping Ryan Tannehill doesn’t go on any more fishing trips. 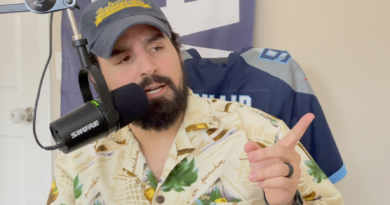 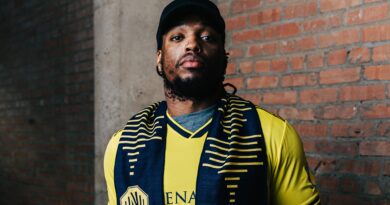 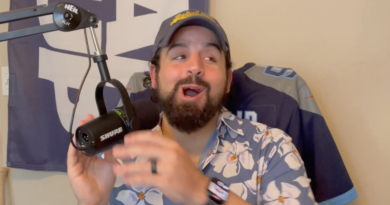 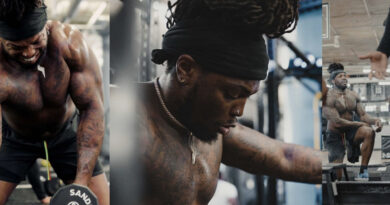 Pretty Sure We Are Responsible For Derrick Henry Posting Workout Clips