Cowboys fans rejoice. Finally your quarterback doesn’t have a blonde bombshell to distract him during games. (As if that is Dallas’s only problem.)

Tony Romo broke up with Jessica Simpson last Thursday. The day before Simpson’s birthday. And to think, we had them at #8 in our Greatest Couples In Sports list. What the heck, Tony? Last time we put you in one of our lists. (Unless it’s: “The Most Overrated Players Who Have Yet To Win A Playoff Game” list. You will probably take the top spot on that one, bud.)

However, on the outside looking in, you can totally see why he broke up with her. 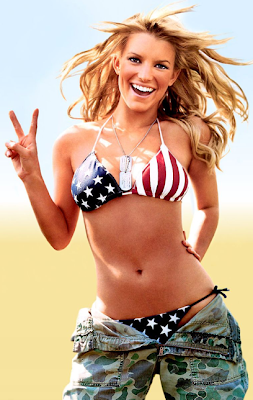 I mean, just look at her! Beautiful blonde hair, sick! A great figure, gross! She has an amazing voice, who wants that?! A perfect smile, no thanks! Disgusting. Just aboslutely disgusting. I mean the woman is TOO pretty. How did he not break up with her sooner?

When asked about her feelings of the couple going their seperate ways, Simpson said, “Lately I’ve been jaded. Life got so complicated. I start thinking about it. Almost forgot what it was like, to know when it feels right. But WITHOUT you, I can let my hair down, I can say anything crazy. I know you’ll catch me right before I hit the ground. With nothing but a T-shirt on, I never felt so beautiful, baby, as I do now. Now that I’m WITHOUT you.”

Then she started bawling and ran to the nearest donut shop to purge. It was real awkward, reporters said.

How do I feel about this break up? Well, personally, I have always been a Nick Lachey fan. I was so sad to see the “Newlyweds” become “Newlydivorced” (which wouldn’t have been too bad if MTV made a reality show of that process, probably would have made for good TV) However, when Nick wrote that song, “What’s Left Of Me“, I thought for sure that he wrote that for Jess and that they were going to get back together. I was so certain. Now, 4 years later… I’m still waiting.

Well, THIS IS IT!

Finally, Nick and Jessica are single. Do you smell that? It’s FATE! The smell is so potent! MTV, get your camera’s ready because you may just have another reality show on your hands!

In the meantime, Jessica, I know you’re going through a rough time, baby. (Can I call you baby?) But listen, why don’t you just come on over honey? I’ll give the ole kissy kiss smoochy woochy. Eh? You know Papa Austin is gonna make everything all right. 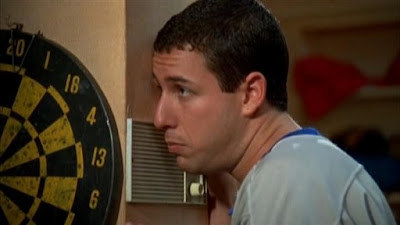 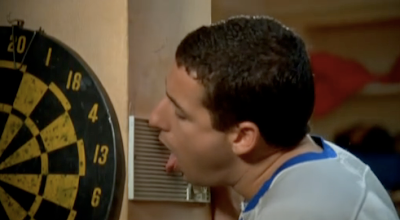 But seriously, hit me up on MySpace or something, Jess!