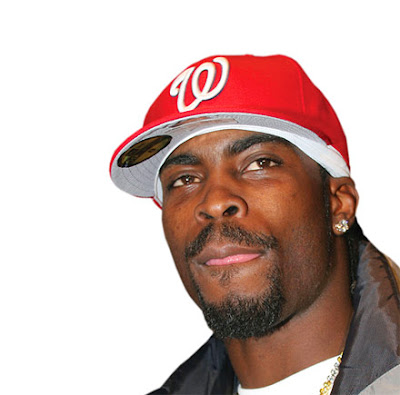 As many of you have already heard… (And if you haven’t, where the heck have you been?!)

But Michael Vick met with NFL commissioner Roger Goodell this past week. After serving his sentence both in federal prison and under house arrest, Vick is fighting to become reinstated into the NFL. He can’t do that without the nod from Mr. Goodell.

Many of you are wondering how the meeting went and what exactly Goodell is thinking about Vick’s future.

Well, we here at Korked Bats can’t tell you exactly what the commish is thinking, but we can tell you word for word how the meeting went. You can thank us later.

The Meeting Between Mike Vick and Roger Goodell

Goodell: Hello there Michael, come on in and have a seat.

Goodell: Now before we get started, I must tell you that there is no Tweeting allowed during this meeting.

Vick: What is Twittering?

Goodell: Oh yeah, that’s right. It got big while you were… (Awkward pause) Well… (whispers) locked up.

Goodell: You know, being made someone’s boyfriend.

Vick: Is this all a joke to you?

Goodell: HEY! Dog Fighting is NOT A JOKE! …Except for when Snoopy and Deputy Dog fought.

Vick: They’re not even in the same cartoon.

Goodell: I know, I saw it on Celebrity Death Match one time. It was really funny. Snoopy got help from Woodstock and…

Vick: Can we move on?

Goodell: I know… Quit getting off subject. The reason your here is because you want to be reinstated into the NFL. Correct?

Vick: What?! Why?! You reinstated Pacman and he banged a stripper’s head onto the stage.

Goodell: Hey! Hey! Hey! Listen, Lassie! He GENTLY placed her head on the stage. He didn’t bang it. I mean, what would you Scooby Doo?

Vick: So you’re NOT going to let me play?!

Goodell: What you did was sick! You killed innocent dogs. What did you think? That ‘All Dogs Go To Heaven‘? I mean, I would be irate if you did that to ‘My Dog Skip‘! You think that you should be put right back into the league at your first whiff of fresh ‘Air, Bud‘? And still, even if I do let you back in, you think a team is going to pick you up, ‘Balto‘? Maybe it would be best if you just spent this season ‘Homeward Bound‘.

Vick: Why are you making all of these dog movie references?

Goodell: ‘Look Who’s Talking Now‘! I just want you to realize that you’re not in Kansas anymore, Toto!

Vick: Can you stop please?! That is in my past, I am trying to forget about that and move on with my life!

Goodell: Sorry. I will stop. I didn’t know it offended you so much…

Vick: Ok, that’s it. I’m out of here. Call me when you’re ready to actually talk this out.

Vick: Are we actually going to talk about letting me play again?

Goodell: Yes. We can. Listen, I have thought about this long and hard. That’s what she said.

Vick: That didn’t even really make much sense…

Goodell: And I have come to the conclusion to let you back in the league this season. I mean you are an electrifying player on (under breath) and off, the field.

Goodell: But yeah, I’m going to let you back in the league.

Goodell: Of course! What’d you think, that I was doggin’ you?!

Vick: You are so insensitive!

Goodell: Whoa, come on now. Just trying to have some fun. Don’t get your panties in a wad, Felix.

Vick: Felix was a cat.

Goodell: I know, I said Benji.

Vick: Do you ever quit?

Goodell: Alright… Good talk. But hey, wait. Before you leave, pound it!