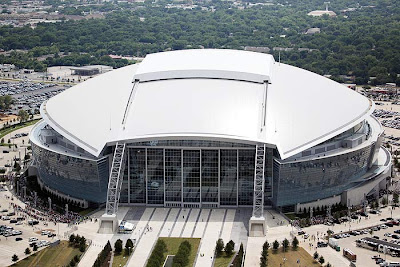 The construction of Jerry Jones’s Taj Mahal is finally finished. With the final cost being over $1.15 billion, I think it’s safe to say that Mr. Jones spent more on the creation of this stadium then God did on the creation of the universe. The timing of this project could not be better, either. Jerry Jones’ Cowboys are going to suck this year and this stadium will help ease his pain.

However, the Cowboys insufficient play on the field isn’t going to ease his checkbook. Nope, Jerry is going to leave that to the pizza.

In a report that came out a few days ago, Cowboys Stadium’s menu included a large 20-inch pizza for $90. No typo. Ninety bones.

But don’t freak out just yet. The Cowboys have announced that those reports are inaccurate. 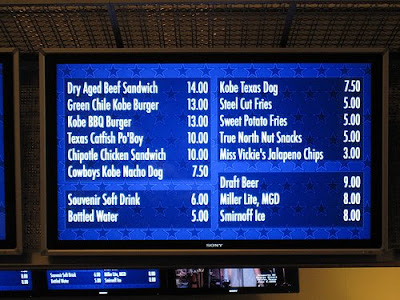 Unfortunately for you health nuts, since the Cowboys released Adam ‘Pacman’ Jones, they no longer serve fruit on their menu.

Of course, if they did, it would probably cost anywhere in the price range of $30 to Your Liver. 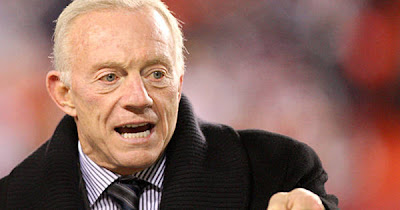 With Dallas’s latest menu prices released, the NFL was forced to revoke the Cowboys of their “America’s Team” title. Roger Goodell said that since America is in a recession that the Detroit Lions are now “America’s Team”. He claims that we can relate with them better. Well, not with the no wins thing. Just with the poor Detroit economy thing. Goodell says that the Dallas Cowboys have now been deemed, “That Team That You’re Friends With Just Because They Are Rich Because Sometimes They Invite You Over To Play Foosball And Swim In Their Pool While Their Mom Orders Pizza And It Gives You A Feeling Inside That You Never Want To Go Back To Your House Because It Just Reminds You Of How Dull, Boring, And Poor Your Life Is”.

It’s a long title, but Goodell is certain it will catch on.