Yesterday, the Nationals beat the Blue Jays with help from a titanic blast from rookie Bryce Harper. Following the game, a swarm of reporters were interviewing the phenom in front of his locker. One reporter decided to make the mistake of asking Harper, 19, if he was going to go out for a celebratory beer, since the legal drinking age in Canada is 19. Harper responded, “I’m not answering that. That’s a clown question, bro.”

To prevent this from happening to up-and-coming journalists, we decided to let it be known to dust off the official list of clown questions, bro, and share it with all of you. So please, take note, and never ask Bryce Harper a clown question again. 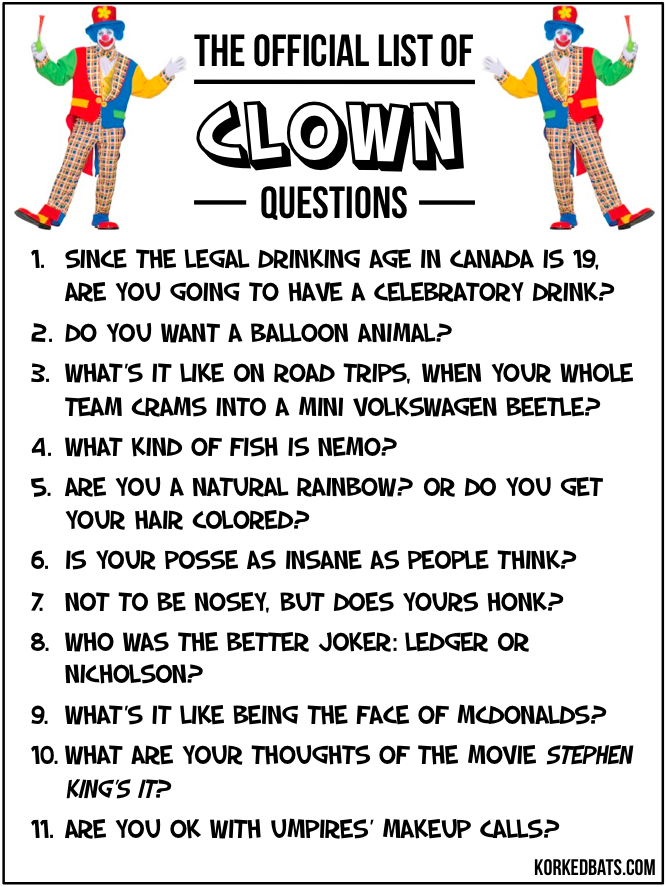