The NBA announced the 2013-2014 NBA All-Star teams yesterday. Here is a picture of the Eastern Conference All-Star team: 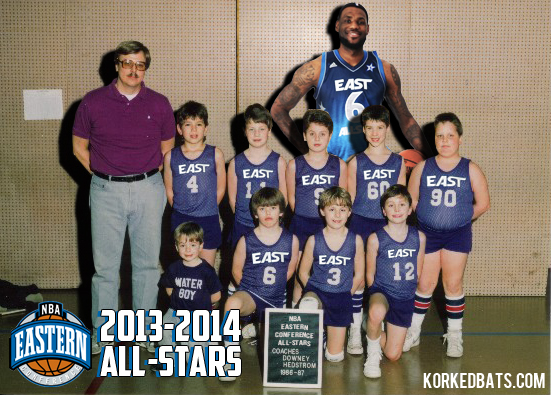