I was extra-girly tonight.  All of this sports tweeting and blogging got me in the mood for some extra fancy makeup and extra high heels. So it was a good thing that Nordstrom was having their grand opening in my local upscale shopping mall. And it was a good thing I got the golden ticket. Thank you, you know who you are. 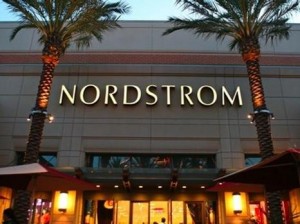 Tonight I saw a jungle. It wasn’t a sports jungle, but close. Actually, I have no idea what a sports jungle is. But just know that it was not one of those. There were girls wearing heels taller than most third graders. There were models standing as still as statues that refused to blink even though I insisted on blowing air directly into their faces.

You know what I got to thinking about?

What ever happened to Apple Bottom Jeans?

(no appropriate images were found)

I didn’t see any Apple Bottom Jeans tonight in the Nordstrom Jungle, but I did see quite a range of sequins and ladies that are still trying to figure out if the flapper look is acceptable at parties that don’t include solving mysteries while smoking one of those really long cigarettes.

Tonight I saw this one lady who was wearing an outfit that looked like she might be playing for the 20oo Iowa State football team. 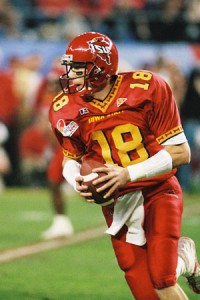 She was either playing for Iowa State or very inspired by Ronald McDonald. 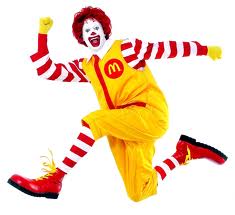 Either way, she looked like I did in junior high.

Also, allow me to say that if wearing heels was a sport, I would have won today. From 7 a.m. until 10 p.m. Only tripped twice and no one was around to see. So technically, I didn’t trip at all. Because trees don’t make noise if they fall in the woods and no one is around to hear it.

I also walked up a hill and found that I could still do a really good job doing the chicken dance.

Forget the NBA, let’s get a league of our own ladies. And Nordstrom is our AstroDome.