If you’re reading this, then I think it’s safe to say you’re a fan of the game of football. You spend your Monday, Thursday, Saturday, and Sunday watching the games. I’d be willing to bet that you grew up doing the same. Your dad watched the same team you’re rooting for every week. It’s more than football, it’s a tradition. We cheer, we scream, and, yes, we cry watching this game we love. There is no shame in it. This game takes us away. It helps us forget our Sunday scaries. Maybe we even reflect on our Friday nights under the lights in high school, reliving a brief moment of athletic glory. Then, in a blink of an eye, every thing can change. This game isn’t all nostalgia and family traditions. It can be brutal. We witnessed that Thursday night. In all my life watching games, I’m not sure I’ve seen something like what happened to Tua. I’ve seen damaging hits. I’ve seen concussions. I’ve seen players get taken out on stretchers, sometimes unable to give that thumbs up of hope before reaching the tunnel.

This felt different. We knew before the game started that this was something to keep an eye on. The way he went down and then stumbled in Week 3 against the Bills wasn’t normal. It was a sign of concern. However, he entered protocol and was quickly cleared to return. Then, it became a back and ankle injury. Five days later, he was under center for the Dolphins taking on the Bengals. It took less than a half of football for the dreaded moment that we all feared to happen. And it was ugly. It hit his head hard. He immediately went into fencing mode with his hands, something that happens with brain trauma. It’s not a good thing to see. Then, we had to see it over and over again.

Just like that, the mood changed. The game was no longer fun. I had to turn it off. All I could think about was Tua and his health. Not as a Quarterback, but as a 24 year old man. It’s tough to point any fingers. If you’ve been in a locker room, you know the players want to be warriors. They want to be out there for the team, even in situations where they put themselves in danger because you’re taught that’s what you do for your team! That’s how athletes are taught to play the game. “Are you hurt or are you injured?” Questions like that constantly being asked and plaguing your mind. Maybe if you don’t go back in, your back up could shine and you lose your job! You can’t do that! Go out and win! We’re taught that it’s all a part of the game. When in truth it’s not. So, it’s not Tua’s fault that he went back out there. You can’t really fault the coaches…he did clear protocol, from an independent doctor. Clearly, there’s a problem within the system. He shouldn’t have been out there. It’s clear and easy to say now. However, it should have been identified earlier. Both for the athletes sake, and ours as fans. We don’t want to see it. That’s not the game we love. The league has an obligation to do better for its players, for its product, and for the fans.

Steps The League Has Taken

That’s not to say the league isn’t trying. They have implemented changes that seem to be helping. As we saw on Hard Knocks, some players who do a lot of contact now wear “Guardian Caps” in practice. Those are the gigantic eyesores that you see some players wearing on top of their helmets that look like something you’d see in Spaceballs. It’s not a good look, but it is helping. Research shows that there were less concussions during training camp this year. The league is doing a good job identifying when most of these injuries are occurring, which can be helpful in preventing head injuries, according to Axios.

We’ve seen more rules added to the book to protect players. Late hits, unprotected hits, this has all been happening recently, to the benefit to the offense. It makes playing the sport and position significantly harder for the team on defense, but it’s all in aims of making the game safer for everyone. When a player makes a big tackle, it’s not always the person getting tackled who gets hurt. The tackler could have bad form or something flukey could happen and they go down with a significant injury themselves.

However, even as they are trying to prevent head injuries, all of that work seems to go out the window when something like Thursday Night happens. We need to learn from this incident now, so it doesn’t happen again. Young athletes die from too many concussions in a short amount of time. Forget ending a career, it ends lives. It’s vitally important that the league gets this right. As soon as possible.

The NFLPA is investigating the protocol currently. It will go back to the Bills game to see how Tua cleared protocol to enter that game again, and investigate the days between that game and the game in Cincinnati. Tua was able to fly home with the team after the game, where Coach McDaniel says he sat next to Tua and they two talked about the game and then watched MacGruber together on the flight and Tua was laughing. I’m not sure if that is part of protocol…but it’s nice to know he was healthy enough to go home with the team and didn’t have to stay at the hospital. That would have been alarming. Not sure if we needed to know about the whole MacGruber thing, but I appreciate the transparency nonetheless.

The league now must use this as a turning point. It cannot let this happen again. If a player falls like Tua did after hitting their head, they need to come out of the game. Even if it’s an accidental stumble, or a back injury, whatever they may be claiming it is at the time. An athlete will want to go back in. We can’t take their word for it. We have to use science, and even the eye test once in a while. I’m no doctor, but seeing that stumble against the Bills was all I needed to see. He wasn’t healthy. He was being a warrior and good teammate, but he should have came out of the game. For his sake, for the team’s sake, and for the shield’s sake.

The league has an obligation to the game of football and to its fans to provide maximum entertainment, I get that. However, its most important obligation is to its players. Not just the “player” but to the human. The individual. The employee. They have got to do a better job protecting its main asset, even if it comes at the cost of entertainment or ratings for the Networks. Until then, it is failing at its obligation. And that failure isn’t good for anyone. Not the game of football, not the fans, not the product, nor the players. It shouldn’t take a massive lawsuit for this to make sense. Correct the protocol, and stand up for your players, even when they sometimes won’t standup for themselves. Or else we are going to have to get used to seeing a lot more stretchers, and that is not what I’m trying to watch. 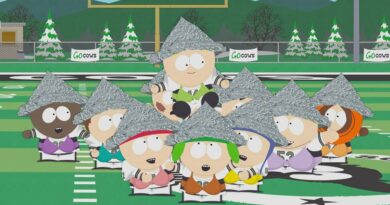 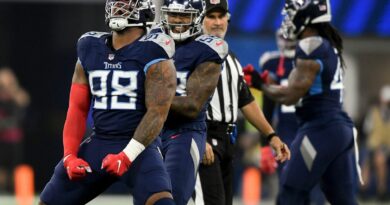