The College Football Playoff released images of the new National Championship trophy for the first time today. It’s… well… Take a look for yourself. 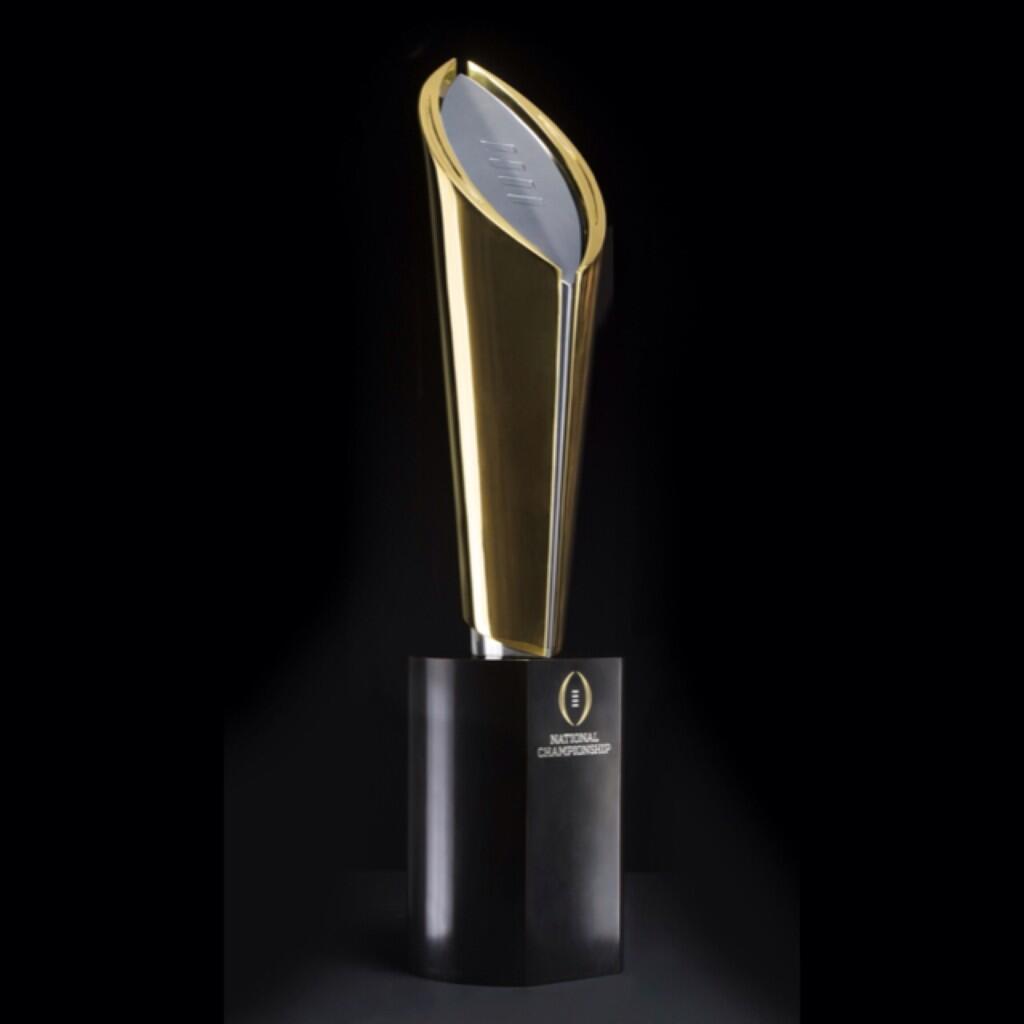