Skip to content
Movies
July 28, 2009 Austin
There is a new movie coming out next month, called The Final Destination. 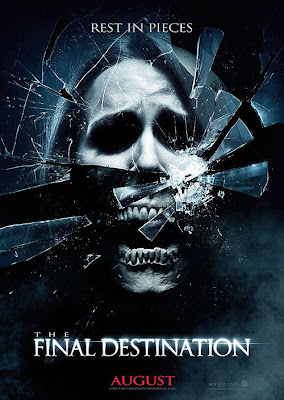 It’s all about Brett Favre’s 2008 season with the New York Jets.

What we hoped was the end in February, obviously wasn’t… Until now.

Brett called Minnesota Vikings head coach Brad Childress today to tell him that he will not be coming out of retirement to play a 19th season. Gah, this saga has been more annoying than the spelling of his last name! (For the love of Pete, just spell it FARVE! Quit trying to be cute!)

There has been as much media behind Brett Favre’s decision as there was with O.J.’s jury decision in 1994. Only Brett doesn’t have a Heisman… And he didn’t kill his wife.

But seriously, this saga is much like the Final Destination series. If they make another movie with the same plot of the most outrageous deaths mankind has ever imagined, I think I’m going to accidentally hang myself in the shower, drive my car directly into a log, lock myself in a tanning bed, or be sure to use the escalator that is having technical difficulties. And if Brett Favre comes out of retirement and keeps all of ESPN and every other sports news outlet hostage AGAIN, I think I’m never going to buy a pair of Wrangler Jeans AGAIN, or never shop at Sears AGAIN… Then again, who shops at Sears anyway? 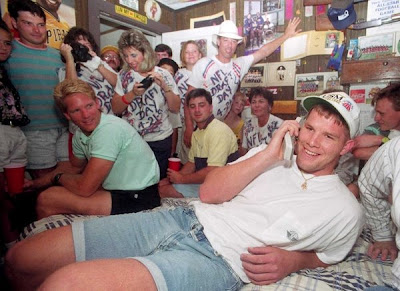 Brett called Vikings Coach Brad Childress reporting that he is staying retired to party with his hip friends and his Wrangler light washed jorts!
It’s about time Brett Favre retired. I loved the guy and loved to watch him play. He threw so hard, you would think he was belimic. But let’s be honest, when Brett Favre first started playing, there were still real Vikings. He has come back and retired so many times, I can barely count it on two fingers! Just stop already Brett! Go mow your lawn or something? Maybe play some video games. But for the love of all that is Lambeau, please do not even hint at coming back to the NFL. Just play some touch football in your jeans.
This probably isn’t goodbye… Just see ya later.

One thought on “The Final Destination, #4”