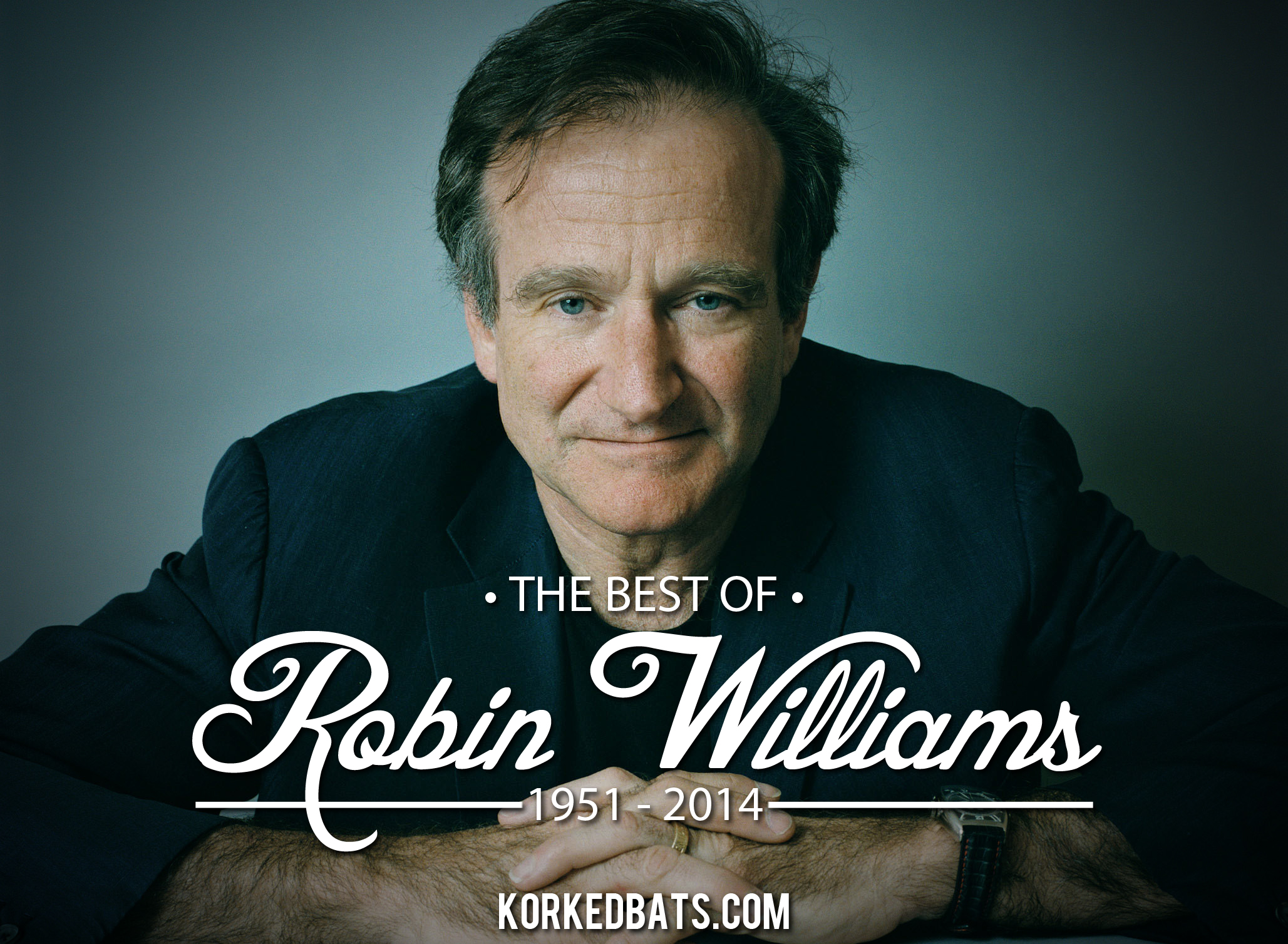 The world got a lot less funny and a lot less hairier today as comedian Robin Williams passed away at the age of 63. As huge comedy and entertainment fans, we mourn the loss of Williams. In doing so, we wanted to share just a few of our favorite moments from his legendary career.

As the NFL’s First Male Cheerleader (from Mork & Mindy)

Insults At Dinner (from Hook)

Game Six (from Good Will Hunting)

“How about those Dolphins?” (from The Birdcage)

What Is Alive? (from Sesame Street)

Interview on The Late Show with David Letterman (2011)

Outtakes from a Jimmy Carter Interview

Promotional Trailer (from The Best of Times)

On Doc Ellis Throwing A No Hitter while on LSD

Thank you for all the laughter, joy, and entertainment you brought to our lives, Robin. You will be missed.