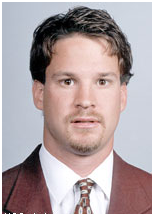 “I’m required by federal law to tell you that I’m new to the neighborhood.”

Well, Lane Kiffin just loves the media and getting that “Power T” in it. This time Kiff has made headlines with his latest recruiting strategy.

He is the youngest son of former Tennessee Vol running back, James Berry, and and brother of current Tennessee Vol, Eric Berry. The Vols are truly impressed with this thirteen years old’s 5 foot 8 inch, 145 pound frame. (They must be taking a page out of “The Catholic Preist Guide For Recruiting“) What about his grades, you ask? Well, he doesn’t have a GPA. Because he is still in middle school. Then again, grades aren’t a huge factor when applying to the University of Tennessee. (They are the third worst in the SEC for graduation rate, graduating just over half their players.)

Evan is with out a doubt, Tennessee’s first commit in the 2013 draft class. (Jeeze, where is Chris Hansen when you need him?)

Lane Kiffin keeps getting older while the athletes stay the same age.

However, Kiffin and the Vols are not stopping there? Why solidfy a winning program for the 2013 season? Kiffin wants to make the Volunteers a National Champinship program well into the 2020’s. That’s why he is taking his recruiting visits to hospitals and daycares. Here is a glimpse of who UT is looking to sign for the future. 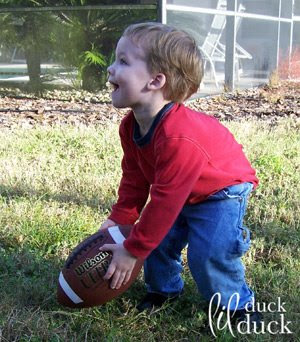 Brett Waters is the nation’s top two year old long snapper. His parents Brett and Linda didn’t really know about Junior’s talent until they started receiving numerous cell phone calls and text messages from Coach Kiffin and his staff. “It’s kind of annoying. The kid just turn two for cryin’ out loud,” Linda Waters said. Brett Jr.’s daily schedule includes waking up at 7, crying. Then he downs a Pediasure protein shake. He’ll watch an episode of Teletubies and then start his workout. He tosses footballs around his living room until he wets his diaper. Brett might be the hardest working recuit that UT has on their board.
DeJuan Hendricks 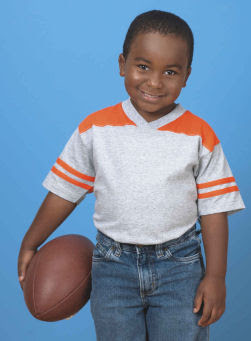 Dejuan is one of the most exciting recruits for the Volunteers thus far. People knew DeJuan had a life driven for football since he was 1. I mean, c’mon, the kid’s first words were, “Left Tackle”. With a huge frame for the common three year old, Hendricks will have colleges drooling. Although, Kiffin and UT already have puddles of drool in Knoxville as they don’t want to wait any longer. After they tested him for his vertical jump (which is almost to the kitchen counter) the Vols knew they wanted him. They offered him before he even began his Preschool year.
Jason Maxwell 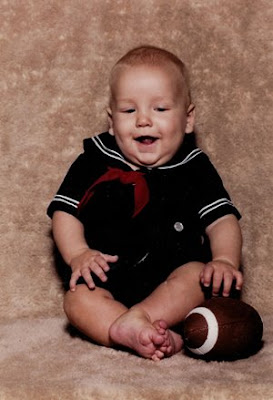 Jason is progressing very well according to UT Scouts. At the ripe age of 11 months, Jason has improved his 40 time to 18:53 (and that is rolling on the ground!). He dominates his Gerber every morning and in his spare time he enjoys sucking on his toes. Watch out for Maxwell in the near future, as he is already committed to Ole Rocky Top!
Grant Newsome 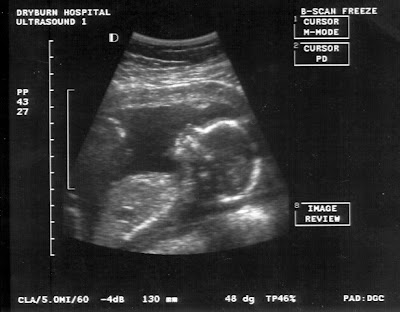 Grant Newsome is in his third trimester and is already making great strides to become Tennessee’s next big thing. According to his mom, Grant “kicks a lot.” Furthermore, Grant already has a higher IQ than most of the current Tennessee football team.

Tayshaun if it’s a boy, Jasmine if it’s a girl, Williams 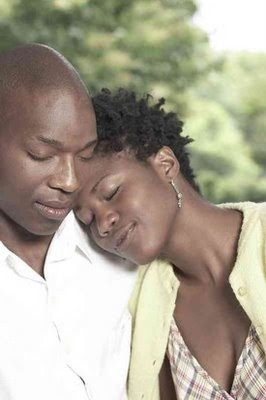 This is Brad and Courtney Williams. Just two and a half weeks after their third year wedding anniversary, the happy couple found out that they were going to have a baby. After calling friends and relatives to give them the good news, they get a knock on their front door. Who was it? None other than Head Coach Lane Kiffin at the Williams’ house for an in home visit to try and get Tayshaun/Jasmine to play football for the Vols in 2031. (However, if it is Jasmine, Kiffin said he will pull his offer)

Parents please take warning. If you see this man in your neighborhood, parks and playgrounds, hospital rooms right after giving birth, asking to join your school carpool group, offering your kids candy in return for their autograph on a letter of intent, offering to babysit your kids, or anything else out of line, please call your local authorities and MSNBC immediately.

One thought on “Tennessee Volun-teens”