Many people have said I am incapable of writing an article that isn’t a list of sorts (NBA teams compared to comedies, the NEXT post, my “What Should I Do” post, and a list of funny sports names).  Well I’m here to tell you that all the naysayers are wrong.  I’m perfectly capable of writing a post without a list.  To prove my point, here’s a list of reasons why I am capable of this:

I think that’s plenty of proof that I can write a list-free post.  However, I am not capable of writing a post without random side notes… 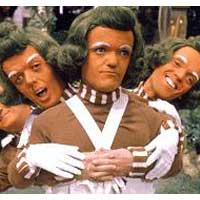 Random Side Note #1: Why is the Sweet Sixteen not sponsored by all sorts of candy companies? It’s called the SWEET SIXTEEN. (Voice of Jim Nantz) “And now, back to Clark Kellogg in the studio, brought to you by Sour Gummy Worms.”  I personally think Kemba Walker could be the MVP of the round of 16, only to be awarded with the Laffy Taffy MVP Trophy, presented by a legion of Oompa Loompa’s riding Razor scooters.  This oversight is a huge marketing failure by candy companies (and Razor scooters) across our great nation.

On to the topic du jour, the Sweet 16.  Not the third (or fourth, depending on whom you’re talking to) round of the Men’s NCAA tournament (or Women’s tournament).  I’m talking about the hit MTV television show, My Super Sweet 16.  I’ve been pining for about three years to share my thoughts on this train wreck of a show.  What’s that you say?  This show hasn’t been on TV since 2008?  Too bad, I’m still going to give MTV and these young ladies/parents a piece of my mind.

When did your sixteenth birthday become such an important day in American culture?  I understand most states allow you to get your license on your sixteenth birthday, but is that really a reason to spend $50-$100K on a party so your child to wear three different dresses, get carried in to a banquet hall on a pillow bed by manservants, and grind on some boys while some B-list rap artist pretends he or she is excited to be there? 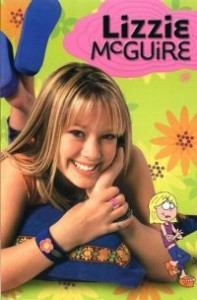 Random Side Note #2: Did you know that Hilary Duff sings the theme song to this show?  I’ve been known to sing this under my breath at the grocery store, the bank, and Chuck E. Cheese.  Whatever happened to Hillary Duff?  For someone who seemed to be so successful on the Disney Channel, you would’ve thought she’d be in all sort of movies by now, like Shia LaBeouf.

Having not seen one of these episodes in multiple years, I can still give you the plot-line that 99% of them follow religiously:

Introduce the soon-to-be 16-year-old.  More often than not, it’s a female.  She is usually an only child and lives in a mansion.  She doesn’t see her parents much except when they have to discuss her credit card bill.  The mom is usually off being pampered somewhere or hanging out with the pool boy.  The dad is either always working or never working.  82% of the time it’s obvious he is a drug dealer, in the mob, or both.  Next our birthday girl spends a few minutes convincing us a) she deserves this party b) only cool people will be there c) her dad better get her a sweet car or she’s going to whine more than the American public after Obama picked all #1 seeds on his March Madness bracket… again!

The next 3-4 minutes are spent with our heroine determining which of the 2,000 people at her school cannot come to the party.  Notice they never say who they want to be there, only who CAN’T come.  This is high school at its finest.  After hand-delivering hundreds of invitations during school hours (undoubtedly missing most classes in the name of good television), she heads home to argue with her dad about whether the budget for the party should be doubled from $75,000 to $150,000.  After two stomping fits, the dad usually caves. 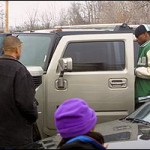 Random Side Note #3: What would LeBron’s Sweet 16 have been like?  At that point, he was already projected to be the number one player eligible to be drafted two years later.  The car his mom got him almost qualifies him for an honorable mention.  I think if Jay-Z had a time machine, he’d go back to late-2000 and offer to play a private concert for LeBron’s birthday.  If that happened, there’s a great chance that LeBron is a member of the New Jersey Nets right now.  Let’s file that under the ever-popular “If Jay-Z had a time machine” list (dang it, another list).

Finally, we arrive at the party itself.  Insert a few smoke machines and a DJ who is trying to go Lawrence Taylor on all the underage girls at the party and you pretty much know how it ends.  At some point, the birthday girl gets mad at somebody for something ridiculous.  Her dad makes it up to her by giving her a car that costs more money than all writers for Korked Bats have made in their lives (combined).  She acts surprised, gets in the car with her BFF’s and drives off into the sunset.

I think it is safe to say there is a reason My Super Sweet 16 is no longer airing.  No tantrum thrown by an adolescent will ever rival Bob Knight throwing chairs on the floor.  No random band kids crashing some silly party will ever rival a 12-seed crashing the Big Dance and defeating a few juggernauts.  And as much as Little Miss Entitled thinks she’s a princess, we all know that Stephen Curry was the ultimate Cinderella. 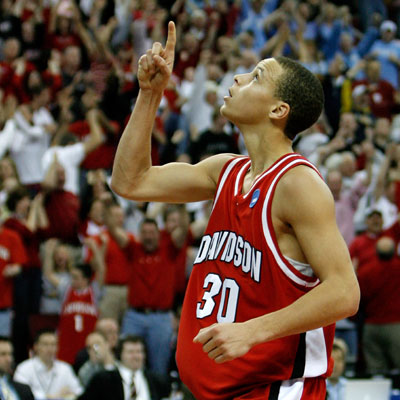