Playing professional sports can be hard on your body.  Stories of athletes limping through the rest of their lives are not uncommon.  With helmet-to-helmet collision in football, the “hack-a-Shaq” densive strategy in the NBA, collisions at home plate in baseball, tackling streakers in soccer, and plain old fist-fights in hockey, it’s safe to say that professional athletes pay higher than average insurance premiums. العاب كسب المال

But what about the type of violence that isn’t part of the game?  I’m not talking about Plaxico Burress shooting himself in the leg, Michael Vick forcing dogs to rip each other apart, or even Gilbert Arenas packing heat in his locker to settle a gambling debt.  I’m talking about stabbing. الربح من الانترنت مجانا  Is it just me or have quite a few athletes been stabbed recently?
This isn’t a recent-phenomenon. موقع مراهنات كرة قدم Heck, Paul Pierce was stabbed 11 times 11 years ago.  He’s the 50-cent of stabbing or David Arquette in the Scream franchise.

But just this past week, two NFL players have been stabbed and hospitalized. betfinal عربي  The first was Brandon Marshall, the Miami Dolphins star wide receiver.  It’s reported that his wife stabbed him.  Even if Marshall makes a full recovery (which he is well on his way), how can he ever live that down in the locker room?

“Wait, aren’t you the guy that got stabbed by his wife?”

But even after the Marshall stabbing, another stabbing was reported just yesterday.  Details are foggier on Broncos’ DE Jason Hunter’s stabbing, but it brings stabbing into the national spotlight for the second time this week. 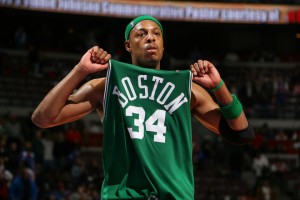 With all this senseless shanking recently, we at Korked Bats have come up with a solution to the problem.  Since Paul Pierce is nearing retirement, we think it is only fitting that the NBA needs to fix the playoffs.  This would require the league to pay the referees to throw a few series in Boston’s favor. القمار  If you don’t think this is likely, you clearly didn’t watch the 2006  Heat vs. Mavericks NBA Finals or the 2002 Lakers vs. Kings series (Tim Donaghy’s crowning achievement).

Once the NBA carries Boston through the rest of the playoffs (and let’s be honest, at this point the Celtics will face three superior teams (Heat, Bulls, and the Lakers/Thunder) to win the title, Paul Pierce can stop faking injuries and finally retire.  He’ll go down as a top-5 player in franchise history, and immediately be the first-ever National Anti-Stabbing Secretary. كيف تربح المال من الانترنت مجاناً  This position will clearly be established by the Obama administration. Pierce will have power in all professional sports leagues to educate about stabbing.  He will also fine athletes who are caught stabbing other athletes.

This would certainly be a storybook ending to a bloody era in sports history.