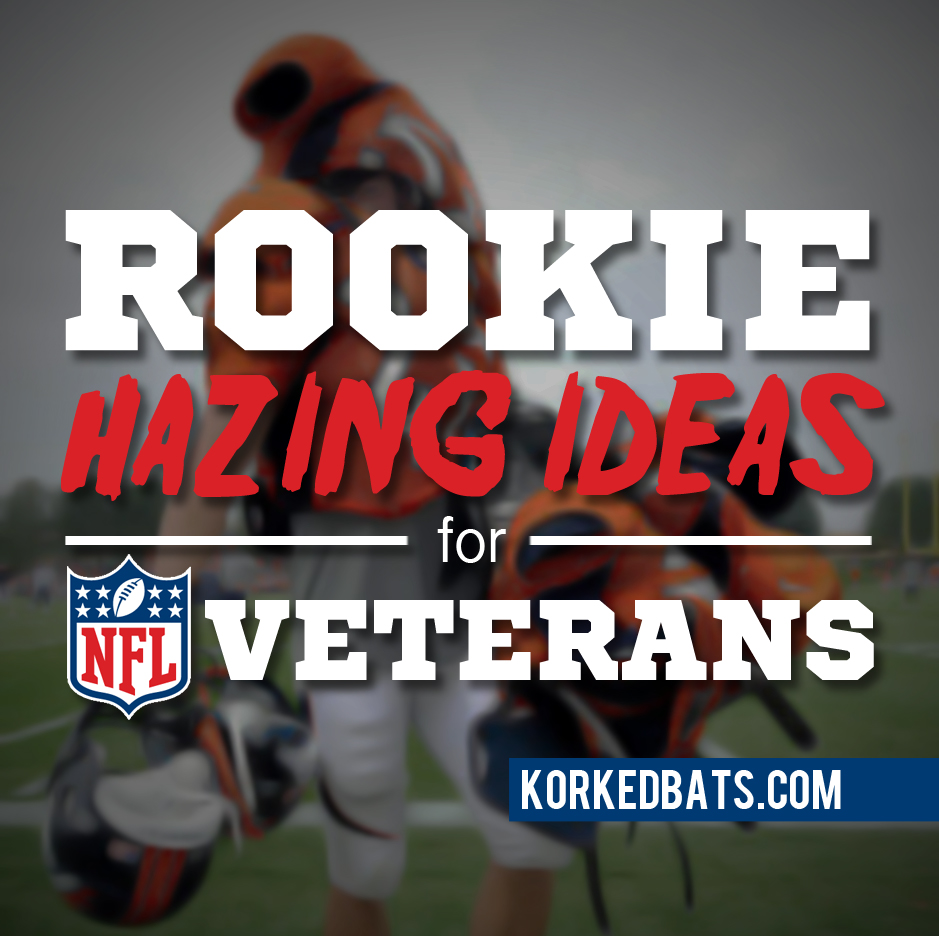 Each year at NFL training camps, veteran players like to welcome rookies to the league by hazing them. Some players get creative with hazing techniques, while other players stick with the classic procedures. We decided to provide seasoned veterans with a list of some of the best hazing techniques for welcoming rookies to the NFL.

Making rookie carry your pads is one of the oldest hazing tricks in the book. It’s funny because usually everyone carries their own pads, but with this hazing technique, rookie has to carry YOUR pads while you’re all like, “What should I do with my two free hands?” Classic.

You usually see this hazing technique in Major League Baseball. It’s funny because rookie will go from being, “Hey look how clean my face is!” to “Aw man, now I gotta go clean my face!” Classic.

3. Tape Rookie To Goal Post, Leave Him In Hot Sun

Training camp is always held during the hottest part of the summer. Why not help rookie remember that by taping him to the practice field’s goal post? Because when it’s hot outside, you don’t want to be outside. This will force rookie to stay outside. Classic. 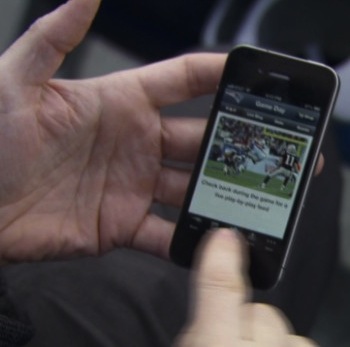 Note: Your offensive post may or may not seem out of the ordinary depending on the rookie.

Note: This will probably only work with one player in particular.

6. Lock Rookie Out Of The Locker Room 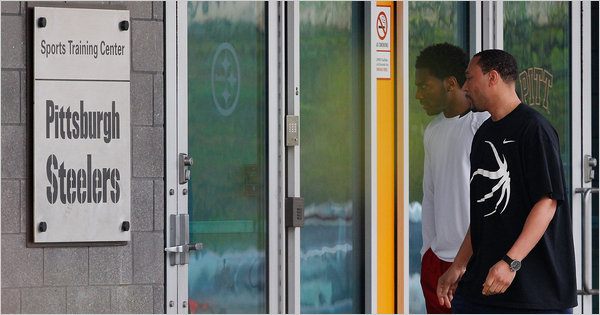 After practice, players tend to head to the locker room to change before heading home. Make this task a little bit more difficult for rookie by locking him out of the locker room. He won’t be able to get inside to change and will have to drive home in his full uniform. Classic.

7. Lock Rookie Out Of His House

After practice, players tend to head home. Make this task a little bit more difficult for rookie by locking him out of his own home. He won’t be able to get inside with his family and will have to sleep outside, Fred Flintstone style. The next morning his wife won’t believe his story and will assume he slept at some other woman’s house causing the couple to eventually see a marriage counselor. Classic.

During the aforementioned marriage counseling sessions, hire an actress to pretend like rookie is her boyfriend. This will cause rookie’s wife to flip out. She will then leave rookie at the session and begin hazing rookie herself by doing number 7 (locking rookie out of their house). This is what we call the “two-for” haze. Classic. 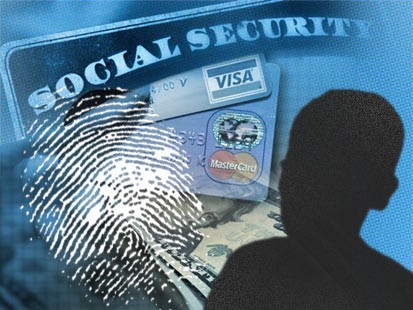 Rookies are usually overwhelmed with the amount of money they obtain upon entering the league. In that case, this hazing technique may actually help rookie out. You’ve been pretty brutal with rookie thus far, so why not help rookie out? You can do so by stealing his identity and spending his money on things that you need. However, make sure they are ridiculously excessive possessions. That way, when rookie’s wife’s credit card gets denied, she will check the bank statements and get even more mad at rookie and locking him out of the house and keeping him away from their kids for even longer. Classic.

This hazing technique is a lot like number 3, except, you will tape rookie’s wife and kids to chairs in their basement. Since, by this point, rookie’s wife has been ignoring his calls and texts for the past few days anyway, rookie won’t think anything of it for at least a week. You can then send him anonymous videos of them saying things like, “HELP US!” or “CALL 9-1-1!” or “HONEY, I’M SORRY FOR ACCUSING YOU OF THOSE OUTLANDISH THINGS! PLEASE, SAVE US!” Classic.