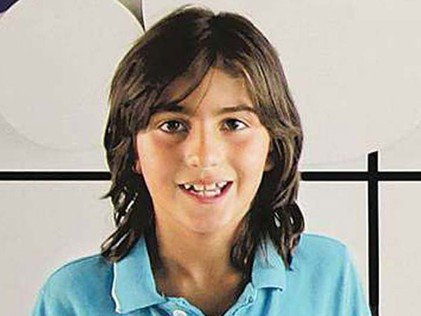 Just a few days ago, soccer giant Real Madrid shocked the sporting world by signing a 7-year-old human, mop-haired Leonel Angel Coira, to a contract. Now that the glitz and glamor has begun to settle, Real Madrid is faced with the daunting task of locking their little Leonel (who prefers the nickname Leo) down to prevent him from fleeing for another team before he hits puberty.

Leo has dreams of “meeting Messi, playing in the first division of Madrid and for Argentina in the World Cup,” and “sometimes of that monster that I swear is in my closet.”

Real Madrid President Florentino Perez met with Leo, his father Miguel and his friend Jimmy who had nothing better to do because iCarly was only showing reruns that day.

Perez called the meeting “productive,” but then paused, and continued, “once we got him off of his iPod. He kept mentioning an exploding black bird.”

Initially, it seems, the two parties are far off in terms of contract negotiations. Madrid is calling for a 23-year contract that would pay him 400 Euro the first year, with an added bonus of one year of XBOX Live, and could increase up to approximately the price of a Dodge Intrepid by his 16th birthday.

Leo countered with the hopes of getting an Playstation 3, with his agent releasing this statement via Leo’s Facebook page:

“My client [Leo] is insulted by Madrid’s initial offer of 400 Euro and potential XBOX Live. A Playstation 3 is so much better, I mean, look at the controllers.”

The two parties seem to be extremely far apart at this stage of negotiations, with both camps hoping to avoid a holdout. If Leo holds out, it’s no stretch to assume he may not appear in a Real Madrid uniform for fifteen years, since he is a seven-year-old kid.