Randy Moss retired. And we want to recognize him with a special photo memoir from his illustrious career. Now you’re probably thinking, “Hey Korked Bats, aren’t you a little late?! Randy Moss retired weeks ago!”

First of all, that’s MISTER Bats to you, jerk. And second, we wanted to wait a while to make sure he was really retired and wasn’t just Favre-ing us. With an ego bigger than Al Davis’s tumor, Randy Moss retiring isn’t believable for at least a few weeks. So now that we’ve waited, it’s time to remember everyone’s favorite early-game-quitter with a photo memoir of all of our favorite Randy Moss moments. Except when he hit that lady cop with his car. We weren’t able to obtain pictures from that.

So without further adieu, our Randy Moss tribute: 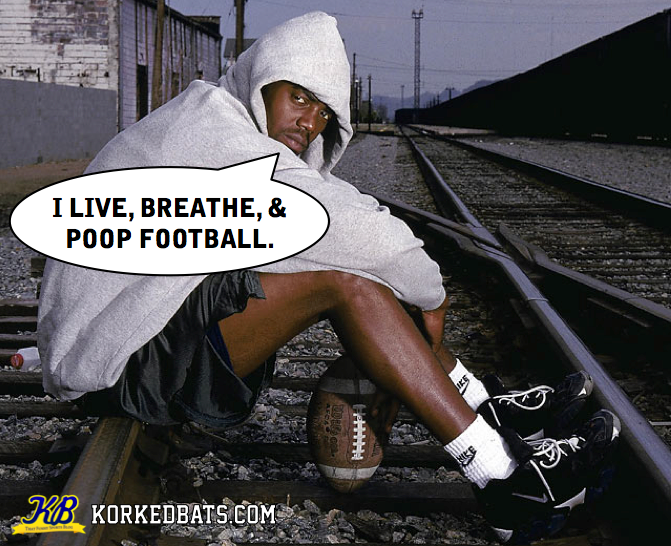 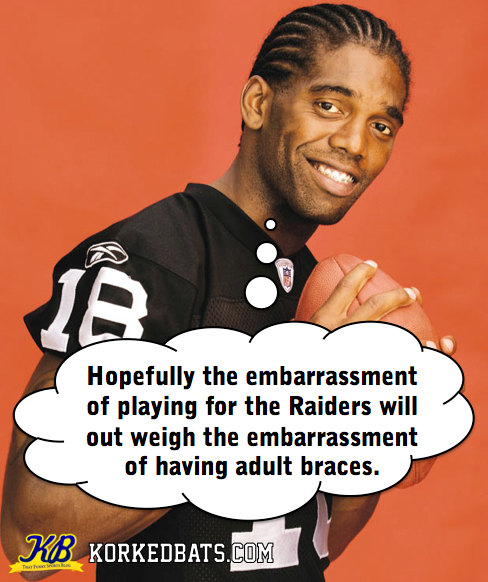 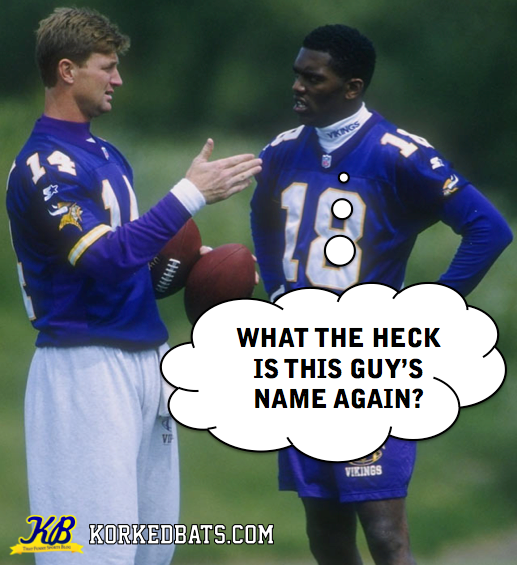 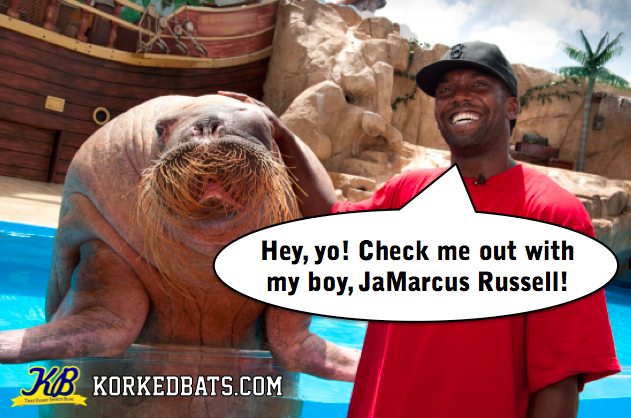 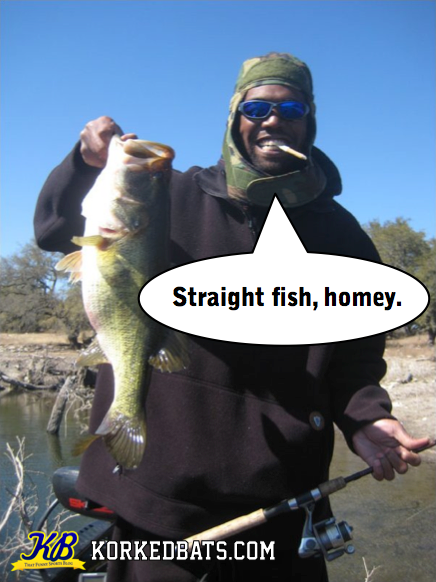 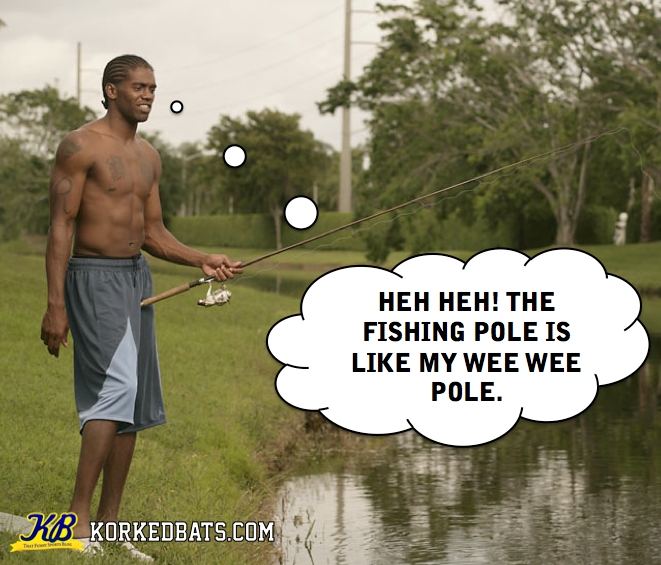 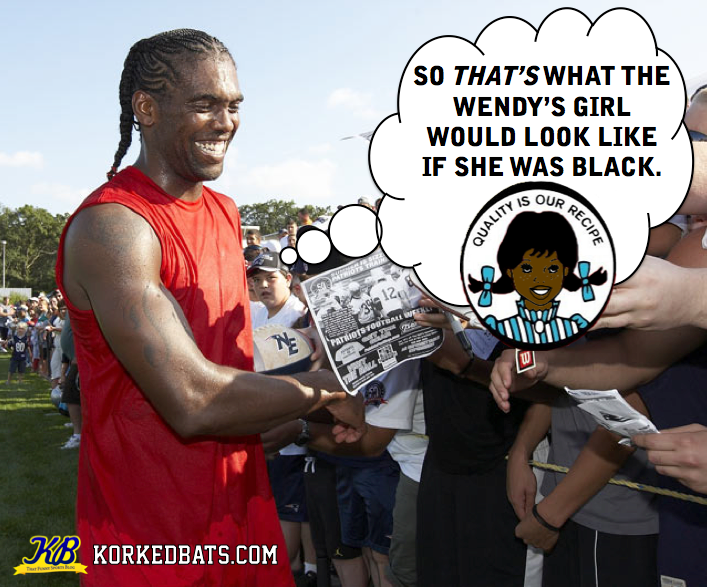