Skip to content
MLB Random Athlete of the Month
February 24, 2009 Austin
This month’s random athlete is… 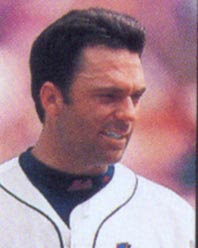 Zeile is a German word. When translated to English, it means line or row.

So get on board as we zeile, zeile, zeile our boat gently down the stream of random athletes.

When people first talk about Todd Zeile and ask which teams he played for, it’s usually easier to respond with which teams he DIDN’T play for. The man was so great and so selfless, he wanted everyone in the league to have little taste of the Z-Man!

Todd Zeile may, to the uneducated public, be a forgettable player in the game of baseball but to the franchises of the St. Louis Cardinals, the Chicago Cubs, the Philadelphia Phillies, the Baltimore Orioles, the Los Angeles Dodgers, the Florida Marlins, the Texas Rangers, the New York Mets, the Colorado Rockies, the New York Yankees, and the good ole Montreal Expos, Todd Zeile was an iron man with a heart of a champion.

Well, I’m sure you remember Mike Piazza. Todd was the man who decided to accompany Mike on his trade to the Florida Marlins. Poor Mike couldn’t make the trip by himself, so Todd said, “Hey guys, I’ll take one for the team and go with Mikey. I heard Florida is nice this time of year.”

It was that summer when Los Angeles lost one of the greatest persons to ever put on a Dodgers uniform. And I’m not talking about Piazza.

He was at least the greatest Dodger ever with a last name starting with the letter “Z”.

All of this still not ringining a bell?

Todd played on one of the most historic Texas Rangers teams in their franchise’s history. In 1999, Todd joined the Rangers making him the third player on the team with a last name that starts with the letter “Z”. The Rangers were the first team since the 1916 Cubs to have three players with “Z” last names.

Has your bell been rung yet?

Todd Zeile went to school at UCLA after graduating from William S. Hart High School in Newhall, California. “What do I care?” you ask. Well, Hart High School is the same school that yours truly would have gone to had I not moved from Valencia, California as a child. BOOM!

Todd Zeile is not only a ture American on the field but off it as well, as he is a descendant of John Adams, the second president in our United States’s history! Now that’s patriotism! These colors don’t run! BOOM!

Speaking of patriotism, Todd Zeile also married a perfect 10! No not a model, a gymnast. But not just any gymnast… a U.S. Gymnast. Julianne McNamara, the first American Gymnast to earn a perfect 10.0 at the Olympics. BOOM! BOOM!

Forget Will Smith… Todd Zeile, YOU are legend. A man amongst men. Literally… I mean, his genitals have got to be huge compared to all other Major Leaguers, as Zeile obviously never took part in steroids while he was in the league.

Now we at Korked Bats don’t know this as a fact, but the man only had 253 home runs in 16 seasons. Todd, if you did take ‘roids, you may want to look into getting your money back for them. They worked as well as Franklin Roosevelt’s legs.

“But why exactly is this Todd Zeile SO great?” you intriguely ask.

Well, if everything above isn’t enough to win you over, how about this? In the history of baseball, it is Todd Zeile who has hit the MOST home runs in a career than any other player…

…with a last name starting with the letter “Z”.

Try and find me another pro baseball player with a “Z” last name that has more home runs. You’ll be Googling for hours until your fingers start to bleed. You can’t do it. Todd Zeile is your final answer.

However… As good as Zeile was in his career, and no matter how near and dear he is to our hearts. It is true that no one is perfect. In 2002, he had the most errors in the league with 21.

But who’s counting? Everyone makes mistakes. I mean, I’m pretty sure he made up for those 21 botches by starring in the film, Dirty Deeds as Mullet/Duncan Rime. On DVD now at your local video vendor. (I don’t believe it’s Red Box available yet, unfortunately.) 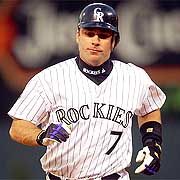 A few more quick facts about the best thing to ever happen to baseball since leather gloves, Zeile who has always been big on technology, is the proud owner of a Citation X jet. How many ball players do you know who own a jet?! BOOM!

If you answered that question with a legit answer. Then answer this Einstein…

How many ball players do you know who own a jet with a last name starting with the letter “Z”?

Todd Zeile, you will always be at the top of our list of greatest ball players of all time (with a “Z” name) even if you wouldn’t have hit a home run in your final major league at bat (cliché, we know).

Todd, your major league career was a class act, just like yourself and it makes us so very proud to name you, Korked Bats first Random Athlete of the Month!

3 thoughts on “Random Athlete of the Month – February”