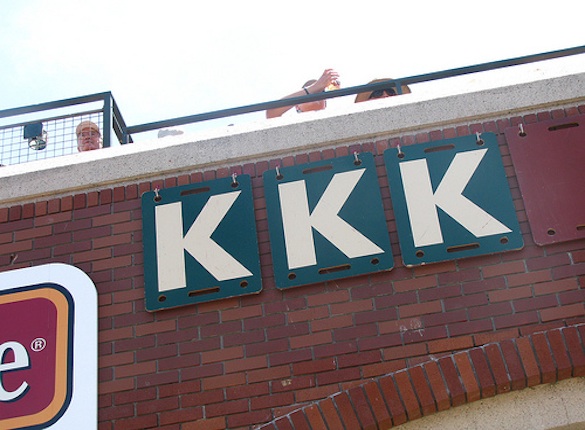 OKLAHOMA – Minor league pitcher, Charlie Milbourne, was booed off the field today after ending the game with only three strike-outs. According to fans, the anger was less about him throwing a horrible game and giving up five runs in the first inning, and more about the three consecutive ‘K’s that appeared on scoreboard.

“Three ‘K’s in a row, really? What is this, 1950’s Alabama?” said one fan. Sports journalists everywhere have stepped up to try and explain that the ‘K’s have nothing to do with white power and simply just represent strikeouts, but fans aren’t listening.

According to Milbourne, he’s already received threatening letters in the mail, demanding that he transfer teams: “One letter told me that if I didn’t leave, they’d come to my house and burn a cross in my front yard, just so I can see how it feels… that one didn’t make much sense to me.”

Irrational acts of self-righteous revenge aside, some fans are simply playing along in hopes of getting Milbourne traded: “I didn’t send any letters to his [Milbourne’s] house, but I did send one to the GM. We really need a better starter if we want to win any games this year so I did what any good fan would do. I threatened to kill his dogs if he didn’t get rid of Milbourne. ”

With tensions flaring and others using the tensions for their own selfish causes, it’s uncertain how this scenario will play out. So for now, all we can do is sit back and hope that human beings stop being so stupid.