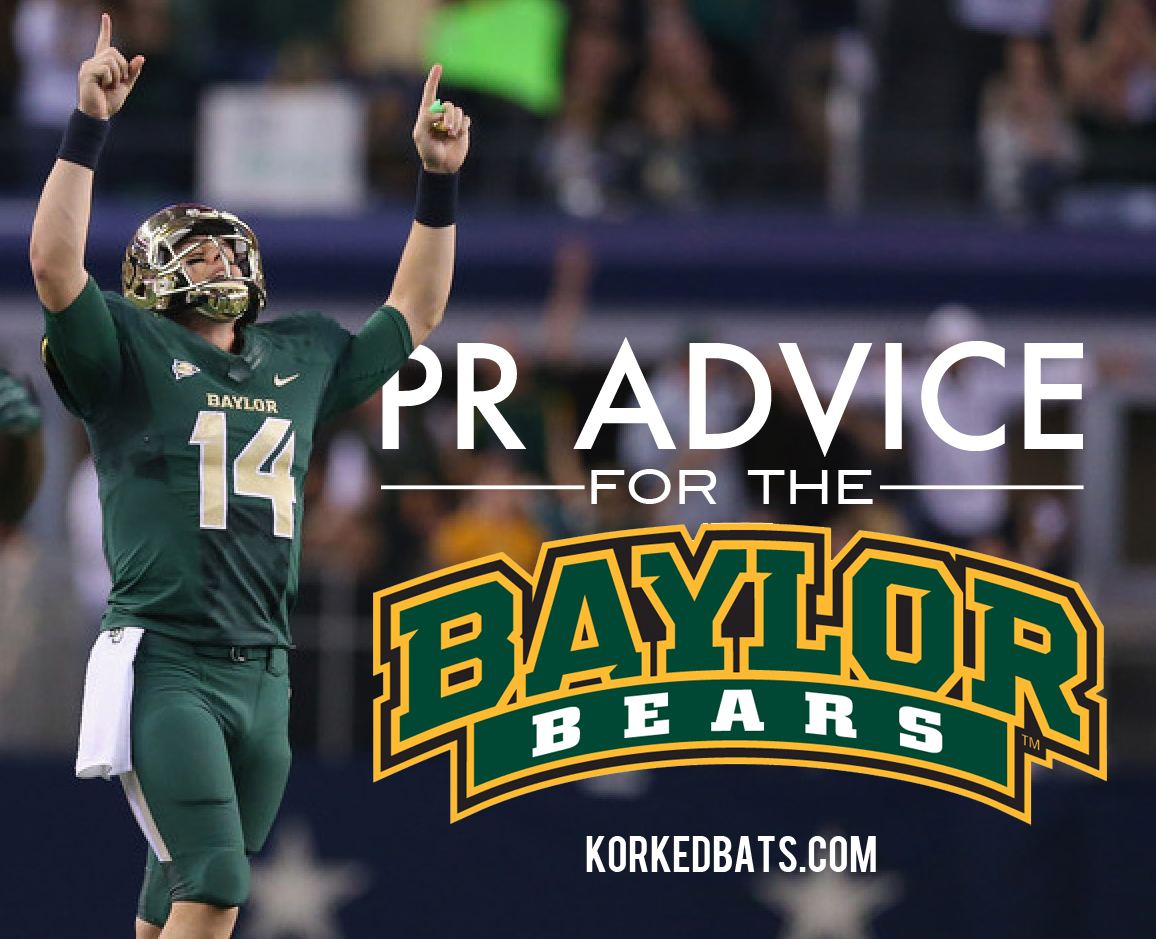 The Baylor Bears recently hired a public relations firm, Kevin Sullivan Communications, to “be an extra resource on the media relations front to help out (Baylor executive associate athletic director) Nick (Joos),” according to the company’s founder Kevin Sullivan. In Layman’s terms, Baylor hired a PR firm to help plead their case to land a spot in the inaugural College Football Playoff.

But put your wallet away, Baylor brass. We have the only PR advice you’ll need to assure your team a spot in the College Football Playoff.