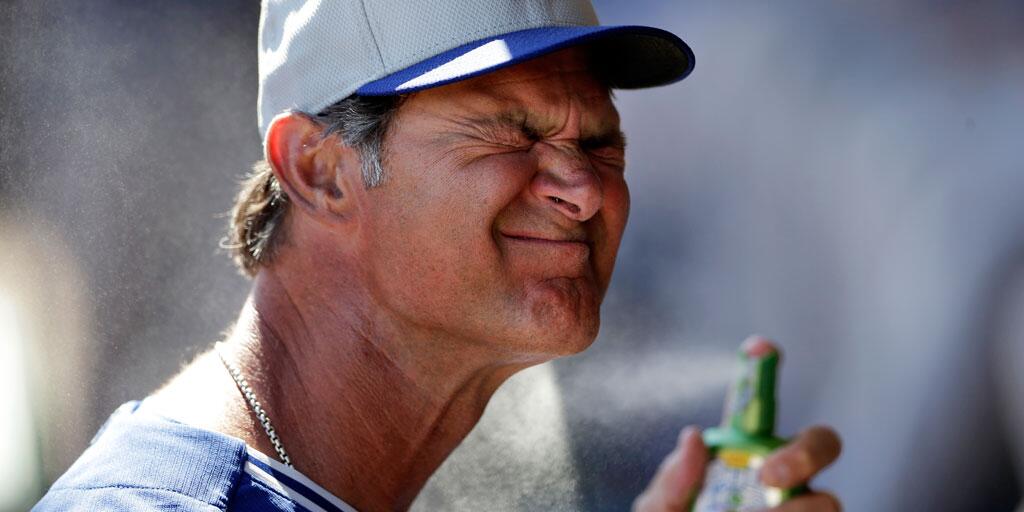 Why is Don Mattingly making this face? The easy answer is because he’s spraying sun tan lotion on himself. But quit being a square and think outside of the box. We like to think he’s making this face because: