This shouldn’t seem out of the ordinary from a fan of a team that spells SOCKS with an X. However, maybe the sign is continued on the back, saying: “…guy after he stretches.” 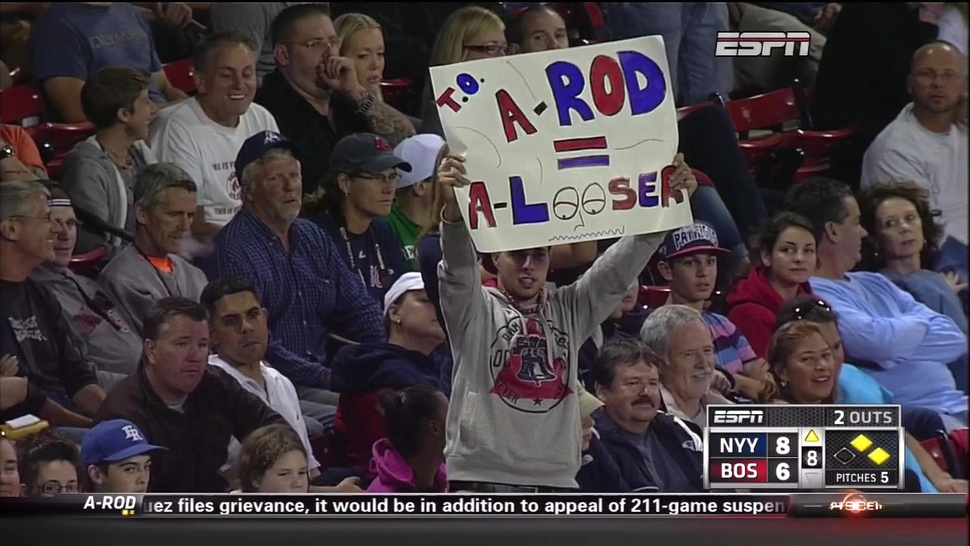 The worst part for this fan was when the Red Sox loosed the game.