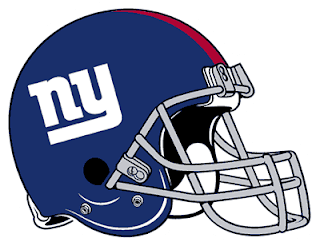 #29 New York Giants
The New York Giants have been apart of the tabloids for quite some time. From a shocking Super Bowl win, a gap teeth retiring, to bullets in legs, and beating Kevin O’Shea’s Cowboys, they’ve managed to keep it all on lock. There aren’t very many questions with this squad in this off-season. The offensive side of the ball is now secure with the franchising of RB Brandon Jacobs. While there would be no surprise to see them snag a wideout this late in the round, prepare for them to concentrate on their linebacking core.

Laurinaitis’s (Disclaimer: We here at Korked Bats are not responsible for the crapping of your pants due to the mere sight of this guy. We apologize for any inconvenience this may cause you.) instincts hedge him into the first round of this years draft. He’s got a great ability to understand blocking schemes and beat offensive linemen to positions. He has yet to miss time with an injury which is an attractive attribute for a team that will continually go deep in the playoffs. He’s a great open field tackler. He’s got the ability to stick so close to RB’s that he could braid their hair.

Johnson is the best specimen at the combine this year. This 6’7” beast is just that. He comes off the ball much like a young Javon Kearse. His best attribute is his speed and ability to chase down the LOS. He is the hybrid type you might hear about that the NFL will look to translate – due his speed – into a DeMarcus Ware type DE/OLB.

The Giants will look for someone to play a role. They’ve got enough superstars that shoot themselves. Another great linebacker will help put that defense back in the top of the league – much like the championship squad.