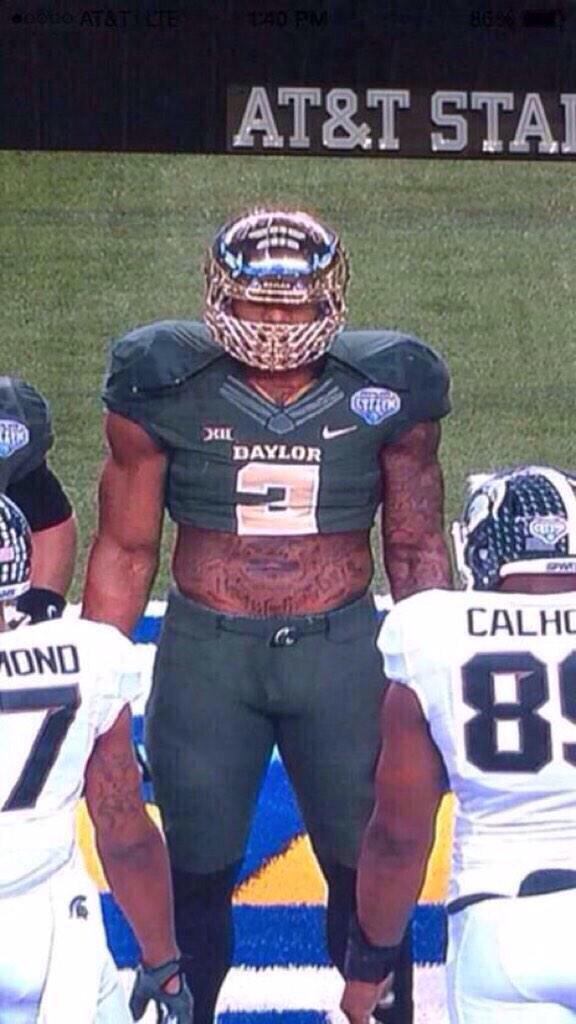 Oakman is huge. He stands at 6’9″ and 280 lbs. and will return for his senior season next year. Given his size, he gets what he wants. Just check out some of his memes that went viral last week. Here are our best Shawn Oakman memes.

Gandalf: YOU SHALL NOT PASS!

Bagel Bites: When pizza’s on a bagel, you can eat pizza anytime.

Bagels Bites: Ok, cool. You can have pizza whenever, whether it’s on a bagel or not.

Shawn Oakman: That’s the only card I have.

Cashier: We don’t except American Express because your purchase is free! Have a great day sir!

Lil’ Jon: Turn down for what?!

Lil’ Jon: Ok, turn down for Shawn Oakman, everyone!

Capital One: What’s in your wallet?

Shawn Oakman: No, what’s in YOUR wallet?

Capital One: Here, just take it!

McDonald’s: Did somebody say McDonald’s?

McDonald’s: It was probably just the wind or something.

Chingy: Ya’ll know what this is.

Shawn Oakman: I don’t know what this is.

Denzel Washington: King Kong ain’t got nothin’ on me!

Denzel Washington: …but Shawn Oakman does!

Cable Company: Someone will be at your house anytime between 9am to 6pm.

Cable Company: I will personally be at your house at 8:58am on the dot.

Sarah Koenig: I guess what I’m saying is I don’t have an answer as to who killed Hae Min Lee.

Sarah Koenig: Adnan did it.

Playoff Committee: We said Ohio State is our 4th team. You need to listen better.