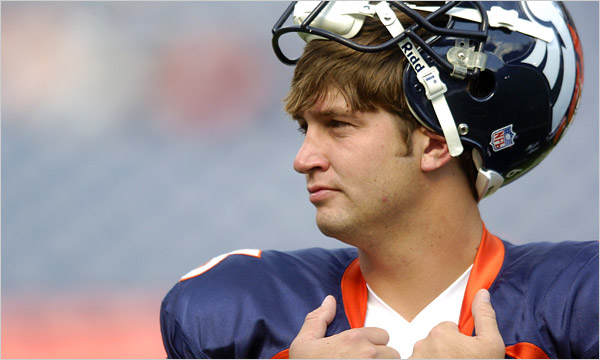 An instinctive offensive coordinator who was Darth Maul to Belichick’s Emperor.

Over the past couple of weeks, we’ve heard nothing but bickering between the Denver Broncos and their franchise quarterback, Jay Cutler. A meeting here. A meeting there. Shannahan leaves and it’s like Ward and June got a divorce. But view this – Cutler’s numbers have been fine for a 3rd year guy. However, we have uncovered some serious issues.

I mean, did someone piss in Jay’s locker?

So the Broncos wanted to slut it up and try and reel in Cassel. Who wouldn’t? Heck, I would show a little leg if I was McDaniels. But no go. The Chiefs gave him what he asked for, DONNIE!

Obviously Denver didn’t wine and dine the KC Chiefs like they should have. Instead they just gave Cutler the opportunity to j’d up the organization.

Now, all Denver is left with is a pissy quarterback who has already put his house in Denver up for sale, and even worse, no King of the Cassel.

My advice: get him out of there. Ship him to Detroit for the #20 pick. Pick up a Left Tackle. Those are hard to screw up (Oh, and don’t pick Andre Smith).